To Tell Your Own Story is a Sacred Act: The Brains Behind This Winter’s Teen Anti-Hero Short Film Festival

A group of teens have been working with MCA Denver’s Manager of Youth Programming, Alyssa Lubow, to create this winter’s Anti-Hero Short Film Festival. The festival elevates voices that have been silenced, oppressed, and intentionally left out of film. The meaning behind and purpose of the festival is this:

“The Anti-Hero Film Short Festival seeks to share and celebrate stories and experiences that have been left out of history by highlighting the voices of womxn, BIPOC, and LGBTQIA+ communities. As history continues to center the conquerors, the kings, the wealthy and the powerful, it is time to question the corrupt norms we subscribe to in our history classes and revolutionize a new telling: the telling of the Anti-Hero’s story.” 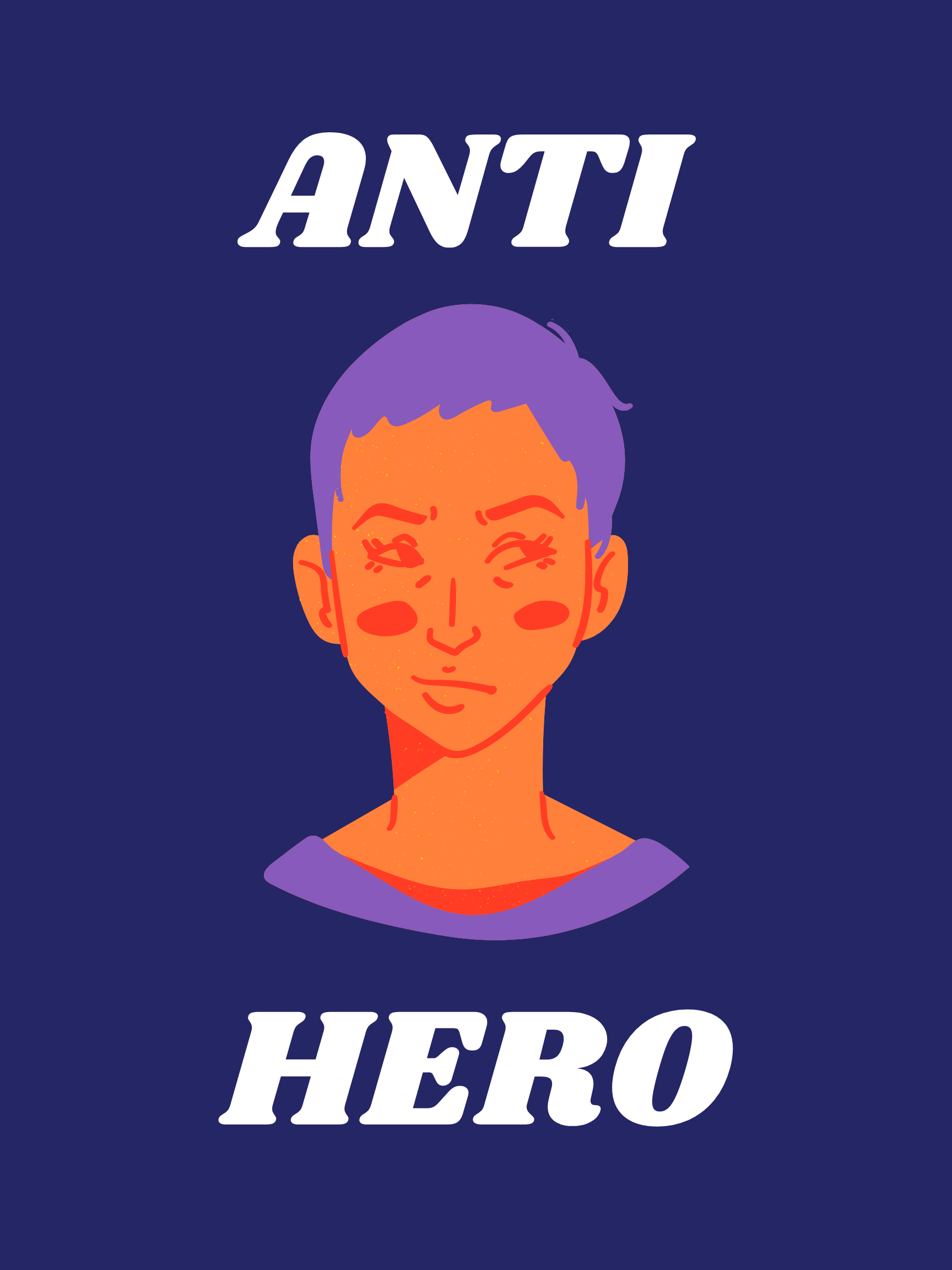 Tell us about who the Anti-Hero is and walk us through how you came up with and developed the idea for the festival.

Soah: When I think about the Anti-Hero, I think about people who have been outcast throughout history but still rise to the occasion and celebrate who they are with confidence.

Clarise initially came to me with this idea after expressing frustration about a history competition we were both a part of last year. At the end of our conversation, we were reminded that not only was a lot of the competition centered around cis white men, but a lot of history is centered around cis white men. This story is one that keeps being told to us over and over again. The stories of womxn, BIPOC, and folx a part of the LGBTQ+ community are rarely spotlighted.

The Anti-Hero is someone who is a part of a reclamation of their identity with an open mindedness to hear the stories of other communities as well.

Clarise: Historically, the Anti-Hero has been a film trope where the main character is both the antagonist and protagonist; a duality. We thought this really embodied telling untold stories because the Anti-Hero is often spoken for by others and doesn’t have control over how they are perceived or the ways their story is told. In this way, we wanted to reclaim and embrace this idea as a framework for the festival.

Personally, I love history almost as much as I love creative writing. Yet, I’ve felt like the only people who relate with me on loving history are old white guys who watch History Channel specials on WWII (eye roll). To this day, 76% of history books are written by men. In an effort to reclaim a history that is told from the perspective of the oppressors, Sarah and I started thinking about the ways that BIPOC, womxn, and queer people could tell history from their point of view.

I believe that we can’t move into an equitable future if our past is mistold. I believe that not understanding one’s history is one of the greatest forms of disenfranchisement. With Anti-Hero, we hope to celebrate the experiences of those who have been historically silenced.

How do historical and present representations of different folx (or lack thereof) in film impact us on a personal and social level?

Soah: When we are told the same narrative over and over again we start to believe it. Doesn’t that suck?

From a filmmaking standpoint, the industry is predominantly run by cis white men, the films we see in mainstream media are predominantly made by white cis men. So in a way, we are simply repeatedly consuming the same story developed by the same person.

I am a huge believer in film inclusivity. All of the best directors I admire are ones that we don’t get to see in “conventional” settings but, boy would the world be a better place if we could and we should.

The first step to representation is to actively seek it out in your day-to-day life. Watching films directed by womxn, BIPOC, and/or folx a part of the LGBTQ+ community gives you so much more perspective and is one of the most enriching things you can do.

Clarise: When people don’t see themselves represented in film or in writing or in art, in general, it can cause dissociation, othering, mystification. Since patriarchy, white supremacy, and capitalism teach us to hate ourselves, fully celebrating your identity becomes the ultimate form of resistance. Thus, representation provides an outlet for recognition and self-acceptance.

What is the power of expanding and rewriting narratives?

Soah: One of the most amazing things about being human is that we have so much capability to change, learn and grow. We are a mosaic of all the people we know, the mosaic is only made more beautiful when it is opened up to different perspectives and points of view.

Clarise: The power of expanding and rewriting narratives allows people whose stories have been co-opted and stolen, to then gain control of themselves. By being able to declare who you are, it allows you to become closer to self acceptance. Similar to Angela Davis’ concept of radical imagining, by reconfiguring personal narratives, it allows us to fully dream into who we can become, both on a personal and social level.

How do you think inclusivity, diversity, equity, and disrupting the status quo in film impact the lives of those that engage with said films?

Soah: One of the most disappointing things is that inclusivity in film is considered “groundbreaking” in this day and age when it quite frankly should be normal. Inclusivity shouldn’t be applauded, it should be inherent. Intersectionality falls into all lanes of anything you might be doing. It’s only when you allow yourself to experience the beauty other people see and let others see the beauty in you that you can reach your greatest potential of artistry.

Clarise: Films that disrupt the status quo allow for a vision of what society can be, providing a framework for the world that we want to live in. In this way, artists have always challenged the status quo and been the forebears for new paradigms. So, as we continue to live into new paradigms and new worlds, it is vital to use art as a vessel for celebrating the diverse experiences of all humans.

Why do you think we need to see our lived experiences represented in film?

Soah: When you are little and growing up, you look at the things around you and you make mental connections that certain things are what or who you want to be like when you grow up. It’s a whole different story for BIPOC and queer kids. Speaking from my own personal experience, when I grew up as a kid of color, I lacked an understanding of what my racial background meant to others and to me and with that I noticed that I didn’t see myself represented in my environment. I looked at Barbie and didn’t see myself. I watched Disney Channel and didn’t see myself. When you grow up as a kid of color in America, it’s almost as if part of you is externally told that you are not meant to fit in just by what is shown in your inherent surroundings. It wasn’t until I grew older that I started seeing the beauty in my heritage.

Clarise: It is essential that our lived experiences are represented in film because it allows us to recognize ourselves and to find community in our identity. When people are left out, it erases their complex experiences and perpetrates the silencing we’ve seen in the past. Now is the time to shout our truths from the rooftops! And what better way than a film festival?

What is your hope for the Anti-Hero Short Film Festival?

Soah: I hope that the Anti-Hero Short Film Festival provides a safe space for individuals to explore their identities more through the medium of film. This is a strong jumping off point for something bigger to come that will continue to celebrate the importance of unique identities.

Clarise: As filmmakers create their films for Anti-Hero, I hope they will have an opportunity to reflect on the parts of their identity that they love and the parts they are still learning to accept. When people actually attend Anti-Hero Film Festival, I hope they will see themselves in the films and find a community in the stories.

In short, we hope people will continue to be reminded that to tell your story is a sacred act.

All films are due by 11:59 P.M. on January 9, 2021. Films are encouraged to be between one (1) and five (5) minutes. All applicants must currently be in high school. A $50 stipend will be awarded to all chosen films, which will be showcased at a virtual film festival on January 22, 2021 from 6 to 8 P.M. (MST). Films will be selected by our curatorial committee, composed of teens, MCA Denver staff, and community members.

CLICK HERE TO SUBMIT YOUR FILM THEN MARK YOU CALENDARS ON JANUARY 22, 2021 FOR THE VIRTUAL SHORT FILM FESTIVAL.