The Museum is Open

The museum is open and ready for you! We have restricted capacity both from a ticketing capacity as well as onsite capacity, so please purchase your tickets in advance. If you aren't quite ready to visit in person check out the exhibition online. But if you are ready to visit, we can't wait to see you.

WATCH JUSTUS: STORIES FROM THE FRONTLINES OF THE CRIMINAL JUSTICE SYSTEM ON DEMAND

As a part of our weekly, virtual Citizenship programming, we are thrilled to present Motus Theater's JustUs: Stories from the Frontlines of the Criminal Justice System featuring four nationally-recognized, formerly-incarcerated monologists reading autobiographical monologues about the racism and injustice of the criminal justice system. The monologues are woven together with healing and powerful musical responses by Spirit of Grace, who regularly tour with Colorado’s most famous experimental rap-rock band, the Flobots. This can’t-miss event is now available to watch for free and on demand with the goal of mobilizing discussion and inspiring action toward true justice. 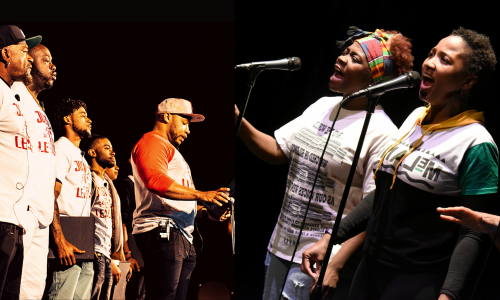 JustUs: Stories from the Frontlines of the Criminal Justice System with Spirit of Grace 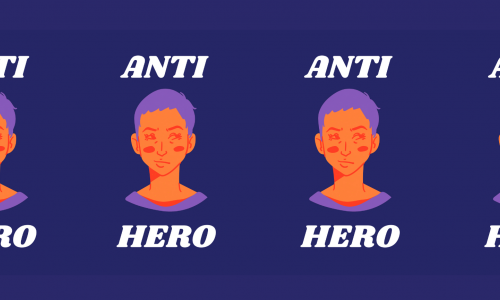 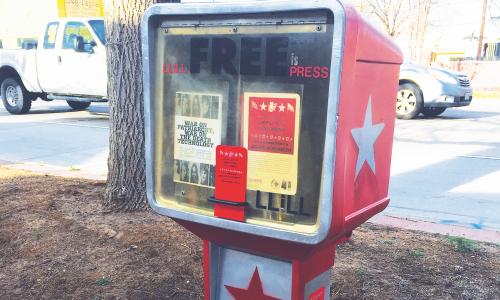 Continuing the conversation... is a series of interviews MCA Denver will hold with individuals and organizations in Colorado working on the issues discussed in each week’s free virtual programming for Citizenship: A Practice of Society.

Nicole Awai was born in 1966 in Port of Spain, Trinidad and Tobago. She received her MA degree in Multimedia Art from the University of South Florida in 1996 and attended the Showhegan School of Painting and Sculpture residency in 1997.

Awai's work The Spirit of Persistent Resistance of the Liquid Land is featured in our current exhibition, Citizenship: A Practice of Society. The work in the exhibition was originally commissioned by the New York Times in 2018 for the op-art project, Monuments for A New Era, which asked the question, "what should replace monuments that celebrate the Confederacy?"

Learn More and Listen to Her Speak About Her Work

Dive Deeper into the art on view with

On Flag Day, June 14, 2017, Creative Time, a New York-based non-profit organization that produces public art, launched Pledges of Allegiance. For the project, the organization commissioned sixteen artists to design flags that represented their beliefs or concerns regarding the current political climate. Each of the flags flew in succession at Creative Time’s headquarters in New York and, subsequently, on rooftops around the United States.

Rather than replace the Stars and Stripes, these flags augment the American Flag as a national symbol. They manifest the multiplicity of Americans’ opinions, politics, and identities. Some, like LaToya Ruby Frazier’s flag, which calls attention to the water contamination crisis in Flint, Michigan, function like a billboard or protest banner. Others, like Robert Longo’s black and white and bifurcated version of the American Flag, depict abstract symbols that defy easy interpretation.

Of the sixteen flags that Creative Time commissioned, fourteen are on display here. This is the first time that they have flown together.

With Denver's new relaxed COVID restrictions in place, we are able to extend our cafe hours and increase capacity to 25% (cue dancing girl emoji). The MCA Cafe & Bar is now open Tuesday–Friday from NOON–5PM and Saturday and Sunday from 10AM–5PM. In celebration of this great news and the New Year, we'd love to offer anyone who purchases a membership this month two complimentary glasses of champagne in our rooftop cafe. If bubbles aren't your thing, or if you are looking for a drink you can take to go, you can grab two hot chocolates instead! Simply bring your confirmation email to the museum's front desk anytime during January, and we'll hook you up! Cheers!

Get Your Membership Now

MCA Can Help You Plan and Execute Virtual Parties!

MCA Denver is the city’s creative center of gravity, sparking connections and curiosity through contemporary art and culture. We present both world-class exhibitions and quirky events, serious lectures and...epic parties. MCA Denver will work with you to create an unforgettable virtual party experience for your family, team, or client that works for your budget.

We host weekly, free, virtual Citizenship programming. Also, you can check out all the past programs we’ve done to learn even more about the exhibition!

Check it Out
Black lives matter. We hear you and we see you and we stand with you. Read our full statement
Check Out Our Spring Exhibitions Coming February 2021