I first met Winter Brown while I was promoting my play Zaryn, which was featured in the 2021 Denver Fringe Festival. She was in attendance on opening night and from then on, we have maintained a close bond. Brown is an aspiring filmmaker from the Navajo tribe, who is currently on hiatus from her education to explore and define her artistic voice through various mediums. Within her works pertaining to film and media representation of Native individuals, she is determined to utilize research to highlight the individualistic practices within different tribes of Indigenous peoples, and dismantle the stereotypes and assumptions of each tribe engaging in the same kind of practices and traditions.

For my share, I wanted to not only bring attention to the creative work of Winter Brown, but I spoke with her and asked for her to share a Native American artist that has been influential to her and to contemporary art. 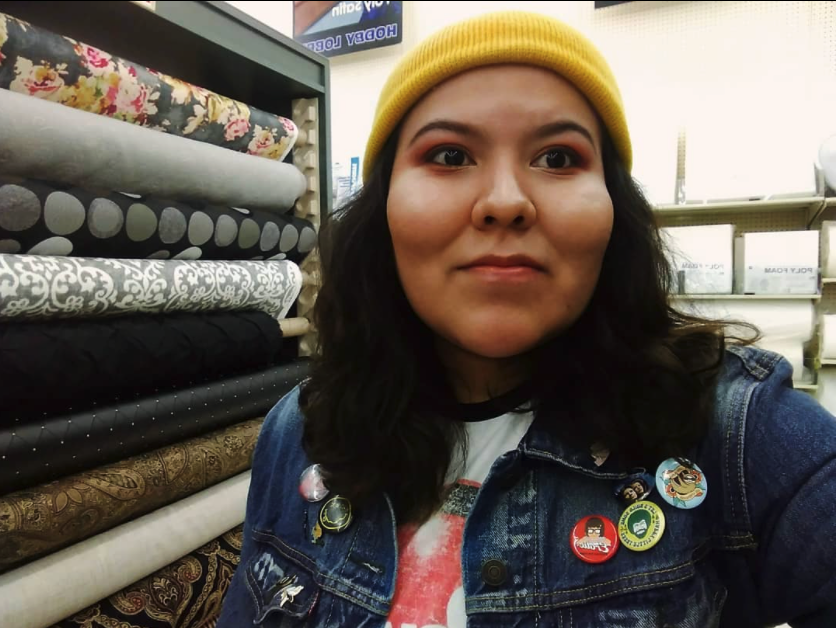 Nicholas Galanin is an Alaskan-based contemporary artist from the Tlingit/Unangax̂ tribe, who is making waves with his work that explores the Indigenous perspective that is intertwined with one’s culture and identity. Many of the themes in Galanin’s work include social issues and internal struggles that many Native people face. Galanin tackles themes of assimilation into modern American society, land acknowledgment, the results of colonialism, while also parading the resilience of Native people. His work provokes and seeks to question the viewer to reflect on how they have played a role in American society even if it is as simple as land acknowledgment and educating oneself on the people who flourished, no matter where you are in America there is a tribe and a history tied to that place.

The term “never forget” has become quite synonymous as the reflection of major historical events intertwined with tragedies that have occurred in the United States. It is often a reminder to never forget the lives and sacrifices made in times of violence. In Galanin’s work, Never Forget, he uses the phrase to highlight the forgotten history of Indigenous peoples in America. Much of the tragedies and ugly history that has systematically harmed Native people has often been obscured in the underbelly of the great mythos of America. This monumental piece speaks to Hollywood’s blatant misrepresentation of Native Americans on-screen, often portrayed by non-Native actors in exaggerated, stereotypical, and offensive ways, in addition to the disregarded acknowledgment of “Indian Land” and the many tribes that still exist in the U.S. As Galanin put it, “(is about) Hollywood’s misrepresentations of Indigenous people, and attempt to justify U.S. policy”. Never Forget spurs the fact that although the term “Indian” is factually incorrect, not to mention a bit outdated when referring to Native Americans, it is a reference used by the United States government in treaties and laws that stand today. It also calls on the viewer to learn and acknowledge the often forgotten and hidden history of Native Americans. Galanin’s, Never Forget, is also a part of the Land Back moment which has gained more popularity in the past few years, which seeks to acknowledge, return the land, and pay respects to the people and to the tribes in hopes of promoting education about the history of Indigenous people and the issues, past and present, that continue to affect Native individuals. It is an important piece because of the many themes expressed throughout, no matter your interpretation, and will continue to remain relative as long as the land of America, or Indian land, is occupied in spaces recognized by Indigenous communities.

“Never Forget marks what is. It is also a beacon for the future.” - Nicholas Galanin