I selected Sean Sherman because I’m really fascinated by people who work really hard to keep traditions alive, bring them to life and into contemporary life, and share them with others. I also greatly respect people who closely study their natural environment and find creative and thoughtful ways to utilize what is around them, regardless of the season or how harsh the climate may be.

The forced assimilation of the 19th and early 20th centuries meant that much of Native American food culture across the country was erased. As he came up in the restaurant world, from dish washer to executive chef, Sherman sought to learn more about the foods his ancestors ate. So he spent years studying wild edibles and ethnobotany, he learned from oral histories and spent a lot of time foraging in and around Minnesota to learn more about what grows and when, as well as how to prepare and preserve those native plants and animals.

NPR interviewed Sherman in 2014. He said, “his goal is to bring a sophisticated touch to traditional ingredients, and he hopes it will be a way to share old traditions with new diners.”

Sherman’s efforts have inspired others. Now, other Indigenous groups are reviving pre-colonization foods in order to reincorporate them into local diets. Examples include, the Traditional Western Apache Diet Project and the Crow Creek Fresh Food Initiative, both offshoots of a food sovereignty movement. 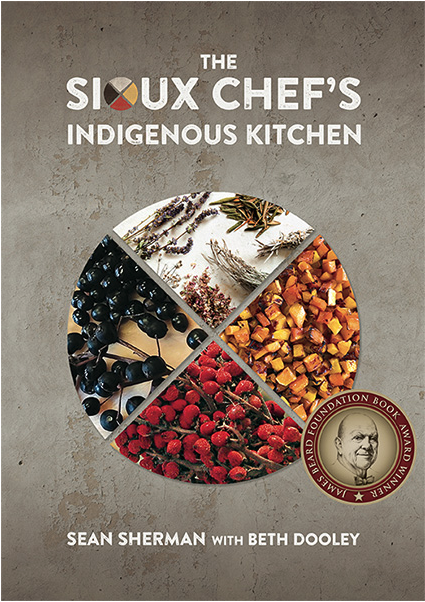 Sean Sherman at 2018 World of Flavors