We celebrate National Hispanic Heritage Month from September 15 through October 15, marking a time to honor and recognize the contributions, achievements and diverse cultures of the Hispanic American community.

What is an artist/creator that has been an influence in your life?

Gloria Anzaldúa is a queer Chicana poet, writer, and feminist theorist who challenges and offers alternatives to many of the sociopolitical issues we confront to this day: hegemonic paradigms, colonialism, patriarchal society, binary thinking, and both physical and spiritual borderlands. I was introduced to Gloria Anzaldúa in a Chicana Feminism course when I was completing my Women and Gender Studies minor in college, and her work has gripped me since I first read her book, Borderlands/La Frontera: The New Mestiza.

One of my favorite books by Gloria Anzaldúa is Light in the Dark/Luz en lo Oscuro: Rewriting Identity, Spirituality, Reality. In this work—and others—she discusses one of her best-known concepts: “mestiza consciousness” or “mestizaje.” Mestizaje is the Spanish word for “mixture”and in Anzaldúa’s work, refers to the idea of transformed combinations and embracing ambiguity. Through her writing—that is both stunningly poetic and political—she illuminates how the reality of mestizaje works against rigid structures that place folx into fixed categories. Mestizaje, this both/and way of being, resists dualistic, us versus them thinking that often leads to oppressive, violent action against marginalized groups.

In Luz en lo Oscuro, she writes, “We must push against any boundaries that have outlived their usefulness. Rigid borders hinder communication and prevent us from extending beyond ourselves.” I think it’s crucial that we, collectively, revisit her work time and time again as it continues to be deeply relevant in our continued fight against systemic oppression and our questions around who we want to be and how we want to live together. 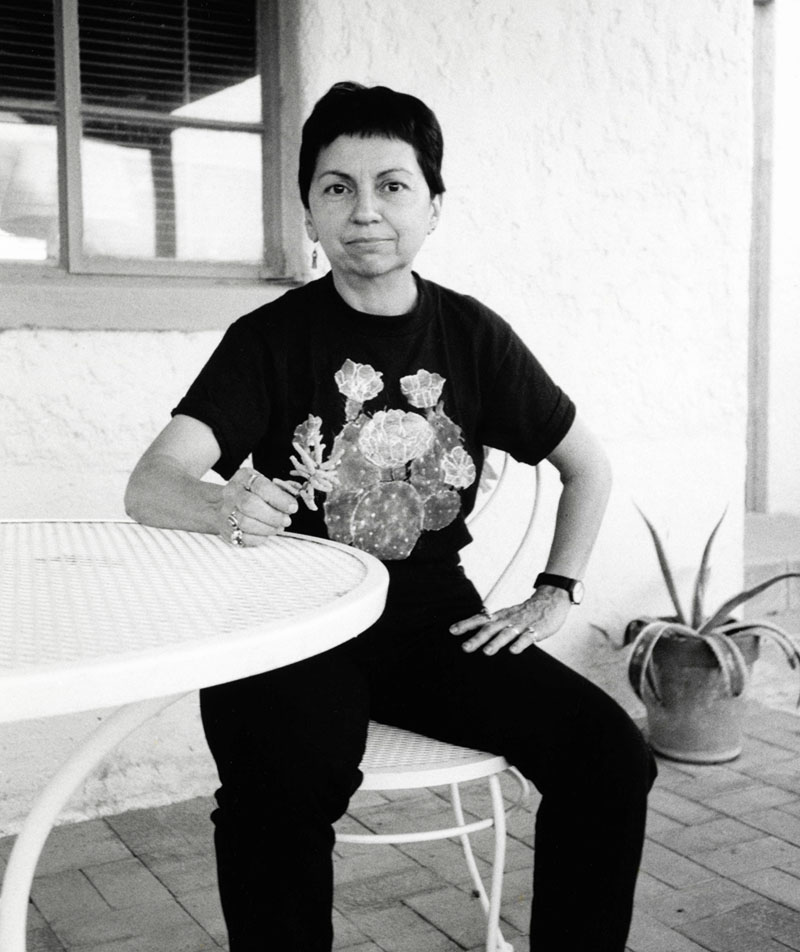 Gloria E. Anzaldúa — explored intersectionality and challenged conceptions of borders through more than 30 years of writing.

Gloria Anzaldúa: Reflections from the Borderlands