Rick Griffth:Tools, presented at MCA Denver as part of the Colorado in the Present Tense exhibition, displays an expansive collection of work by Rick Griffith, a Denver-based visual artist, graphic designer, and activist. The exhibition exposes Griffith’s ethos through a series of collages and diagrams detailing his design philosophies and a new series of prints reflective of his strong political and ethical values addressing race and social justice. The ideology and intention in Rick’s work is not only present in his art exhibitions, but extends to the community through providing resources and works of literature for designers, activists, and thinkers at the Shop at Matter Bookstore which he founded with his partner, Debra Johnson. In addition to the bookstore, their commercial design work outfits many of Denver’s shops like Novo Coffee, Super Mega Bien and Crane Architecture. As the exhibition comes to a close this weekend, I am grateful to be able to converse with Rick about his exhibition and additional projects that we all should be paying attention to. 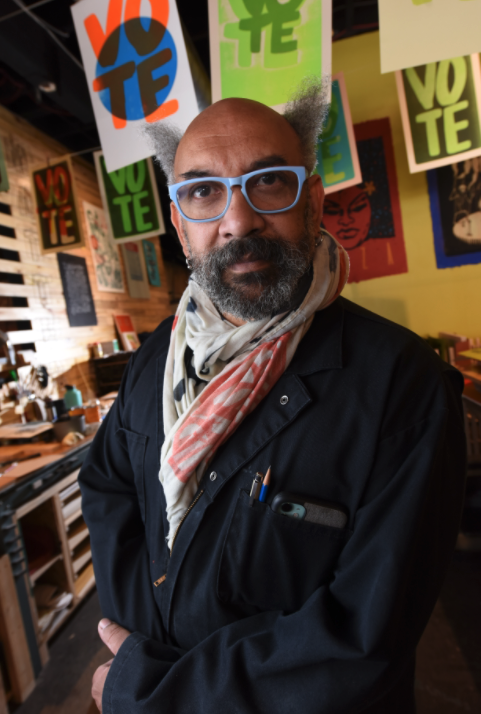 Hey Rick! How ya doing?

I’ll be ok. I’m just a little overwhelmed. I have to leave town Saturday.

I’m gonna geek out a bit and say that your current exhibition Rick Griffith: Tools, as part of the Colorado in the Present Tense exhibit at MCA Denver is so COOL. What inspired you to go in this direction with your exhibition? Did you contemplate other ideas for your exhibition or did this direction become clear within the landscape of the last year and the present moment we find ourselves?

This exhibit was almost 10 pieces on a white wall. But as soon as I gave myself permission to be honest about the ‘output’ it took this shape of 92 very specific objects. 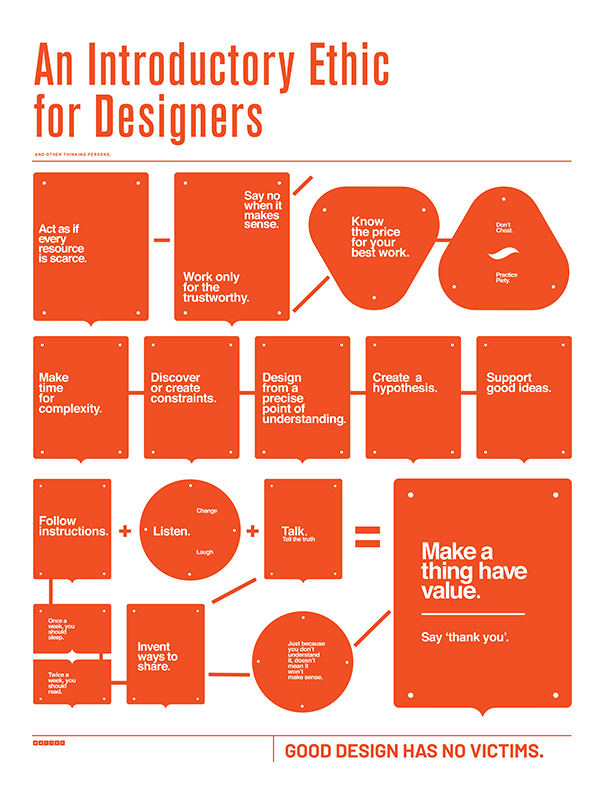 How did your design career get started? When did you start weaving your activism with your design practice? Why is this important to you?

I started designing as a teenager for punk shows in the DC area. Punk shows are low stakes design projects for activists and fans alike. So you could say that they have always been together. The more serious activism showed up when I got my first printing press in 1997. 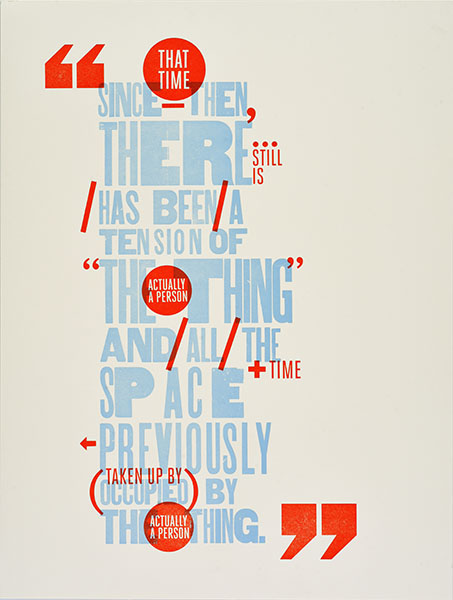 Who was influential to your practice as a graphic designer?

Muriel Cooper, Vaughan Oliver, Designer’s Republic, Independent Project Press, to name a few. I have been influenced by design as a process and force for cultural change just as much as the people who practiced design.

The artwork in Beat the Whites with the Same Red Wedge, 2018-2020 series are collages that include images from the 1973 issue of Ebony magazine, The Black Middle Class. Could you share a bit behind the concept of these images?

They exist as a ‘call and response’ with El Lissitzky's, “Beat the Whites with the Red Wedge, 1919” they were made during the anniversary of his original work, steeped in Marxist conflict theory his work makes the suggestion that politics and art can be intertwined.

Shop at MATTER is Colorado’s first Black-owned Bookstore, but it’s more than just books. How did you see Matter become a resource to creatives and the general public within 2020 when the fire of activism was ignited in so many of us?

It’s not the first but it was the ‘only’ for a time. We have been making products and holding space for the public since 2007. It seems natural now. The best we can do is help people who are seeking change through knowledge and understanding. We have been training ourselves to hold space for everyone. Naturally, it gets in the way if we want to be upset with people who have been wearing ‘red hats’.

On your website, morematter.com, there is a research project, B.L.A.R.P, that you and Stephen Brackett of the Flobots had formed in 2016. B.L.A.R.P, which stands for The Black Astronaut Research Project, is the search for an alternative narrative centered on Black people in a post-racial world. You propose the idea that this alternative narrative is only possible through love and science. Can you share a little bit more about how this project came to fruition and how it may evolve?

It was really formed from a conversation with Stephen, a philosophical framing of a Black narrative unrelated to the North Atlantic Slave Trade. We may make more posters or a book or another teaching tool. It’s a low maintenance project which I update once a quarter or twice a year...I’ll keep it going. The story should tell itself. And it should stay FUN--I’d like to have a few editors, like a Wiki Project.

What are you looking forward to for the rest of the year? Any new projects to keep an eye on?

I’m trying to take things slower. We just got a new project in Europe. I’ll be traveling for a few months. I want to learn how to take naps. Thanks for asking.