Designer, activist, and visual artist, Rick Griffith intertwines these three practices throughout his rigorous and imaginative body of work. Presenting a historic series of his collages, foundational text diagrams detailing his design philosophies, and a new series of prints reflective of his political and ethical values that addresses race and social justice, this exhibition also includes several of his sketchbooks. As registers of his ideas and the foundation for all future projects, these notebooks make clear how images and ideas repeat, reassemble, and are repurposed over time and across projects. They are essential "tools" for his creative approach and inform the other works on view. The cycle of projects on view connects through a shared visual vocabulary that demonstrates, through different media and across different periods of time, an urgency to utilize creative and visual practice in service of personal, political, and moral imperatives – and promotes visitors to consider doing the same.

Everything the Designer/Artist/Activist wants you to know about this exhibition segment. This is version _A. This will change as often as necessary. Collect them all. 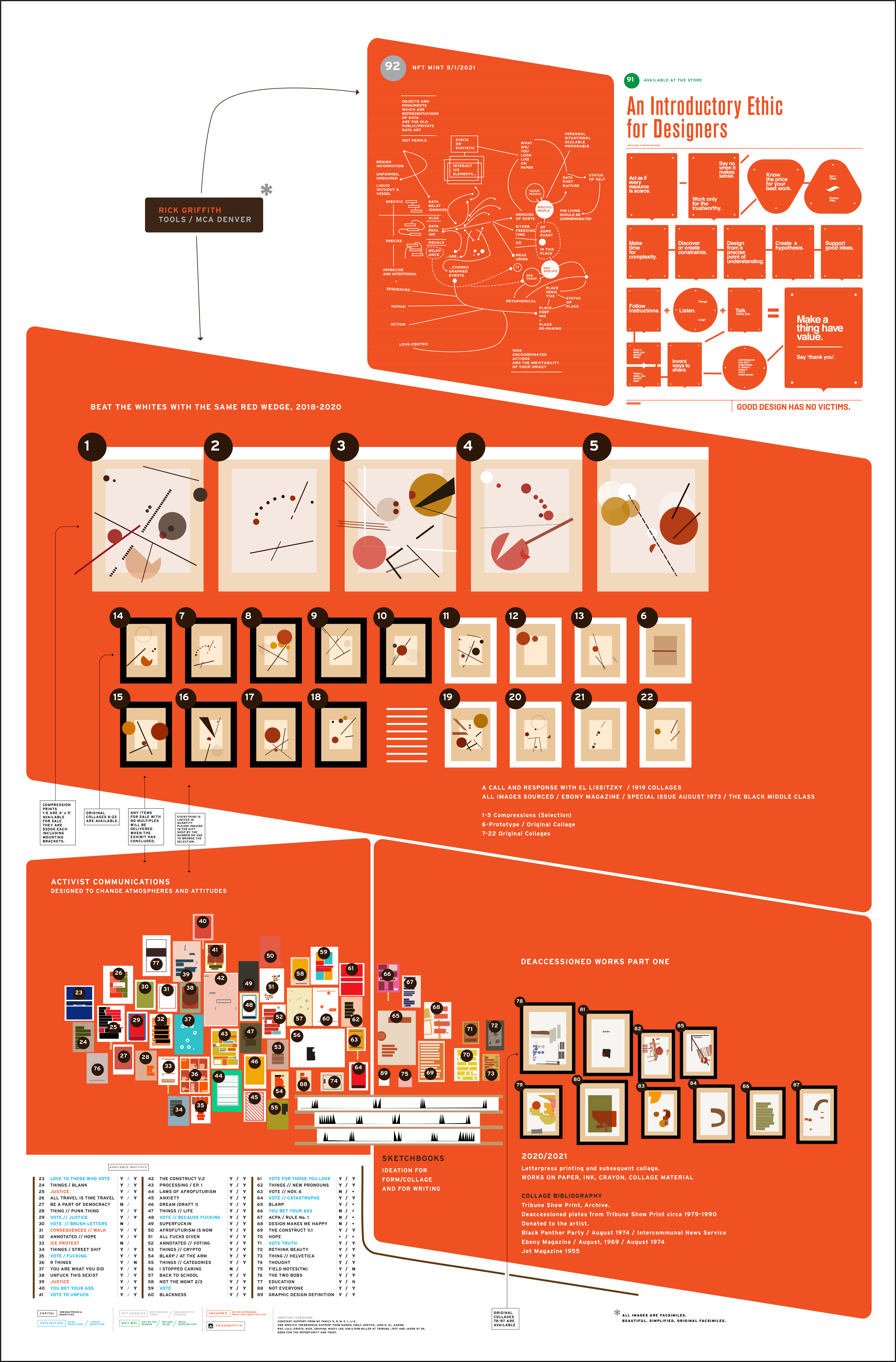 Ellen Bruss Senior Curator Miranda Lash gives a 60-second overview of the styles and themes on view in Tools.

Artist Rick Griffith is joined by Evan Weissman (Warm Cookies of the Revolution) and Stephen Brackett (Flobots) to discuss non-violence and activism in art and beyond, asking the questions: How do we continue to apply pressure to our government? What is the action that moves the needle? How do you take activism from the digital world and social media to the real world? And what is the real work? 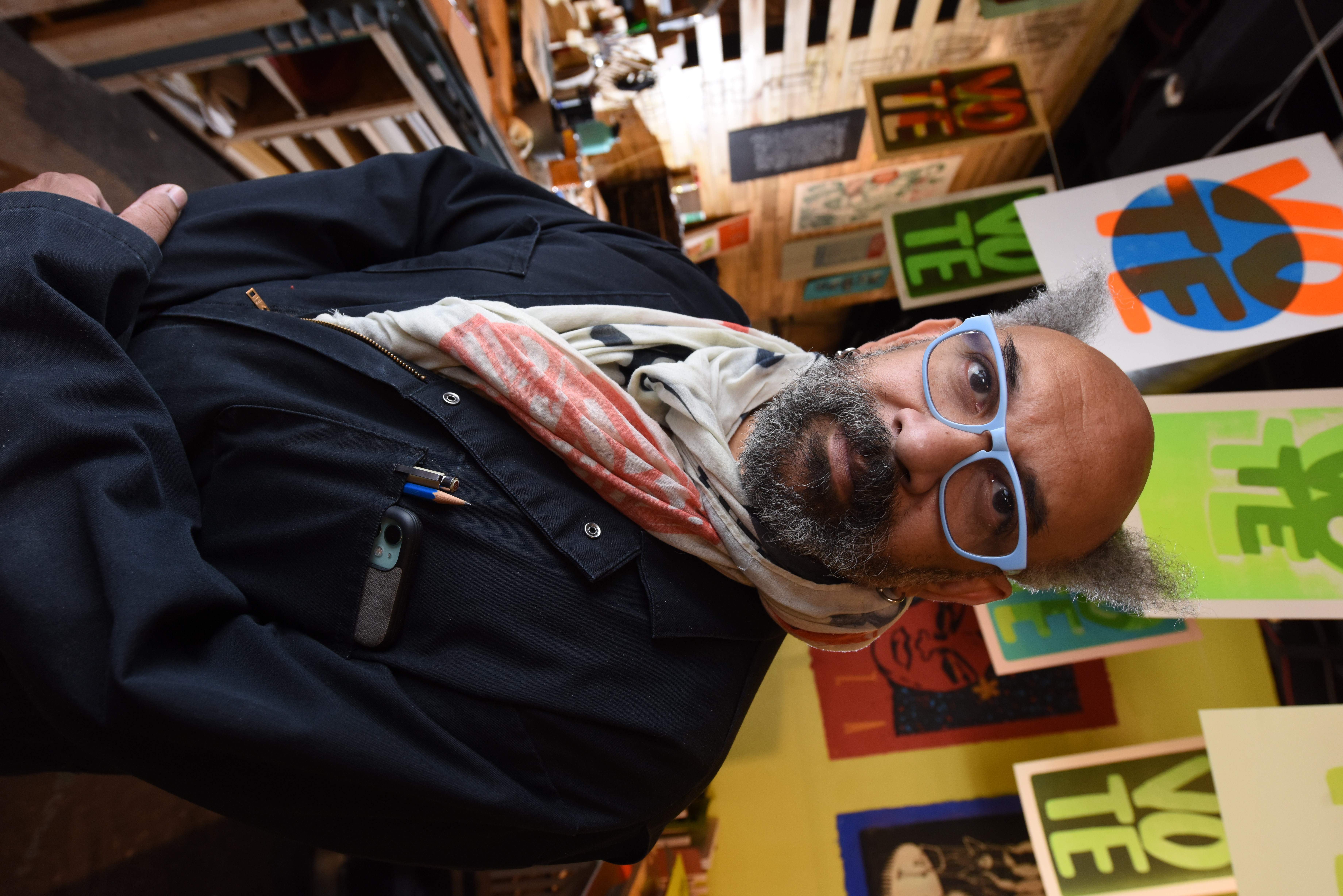 Rick Griffith is a British West-Indian Designer, typographer/letterpress printer, and writer/columnist at print magazine. After immigrating to the U.S. in the late ‘80s, it was his early jobs at Washington D.C. record stores that turned him on to graphic design. It was a (short) freelance career on Madison Avenue which funded his first practice, RGD (Rick Griffith Design), and it is his love of design (and his partner Debra Johnson) which sustains the design practice MATTER, which, over the last two decades, has grown into an ambidextrous design consultancy, print shop, workshop, and retail bookstore.

Rick Griffith was born in 1969 in London and currently lives and works in Denver. His work has been exhibited at Columbia College Center for Book, Paper, and Print, the Boulder Museum of Contemporary Art, and the Denver Art Museum. His work is represented in the permanent collections of the Denver Art Museum, the Tweed Museum of Art, and the Butler Library of Rare Books and Manuscripts at Columbia University. It has been celebrated by the Type Directors Club, Print Magazine, Dwell, and AIGA 50 Books | 50 Covers. Rick has designed and curated three exhibits on typography and letterpress printing and served as a curator and designer of exhibitions for AIGA National. He was inducted into the International Academy of Digital Arts and Sciences in 2001. 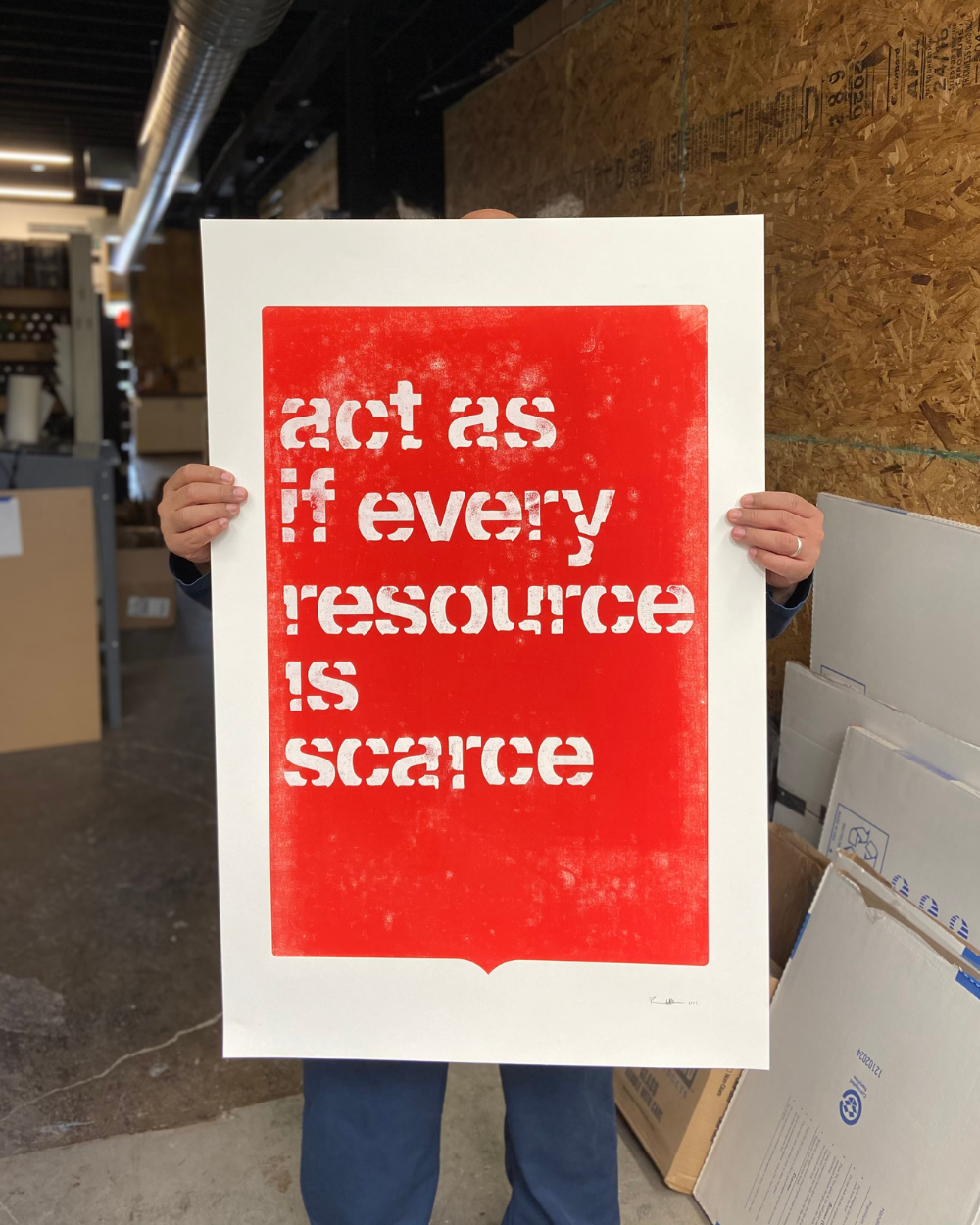 We’re so excited to release the first of four limited quantity PRINTDROPS by designer, activist, and visual artist, Rick Griffith, made exclusively for MCA Denver.

Designed with the opening statement from An Introductory Ethic for Designers and Other Thinking Persons, which is on display at the museum. Each print is made by hand from large wooden plates and signed by Rick Griffith.

Pick up one of the two in-store prints when you visit the museum, or order one of the three available online. Local pick-up only for in-store and online.