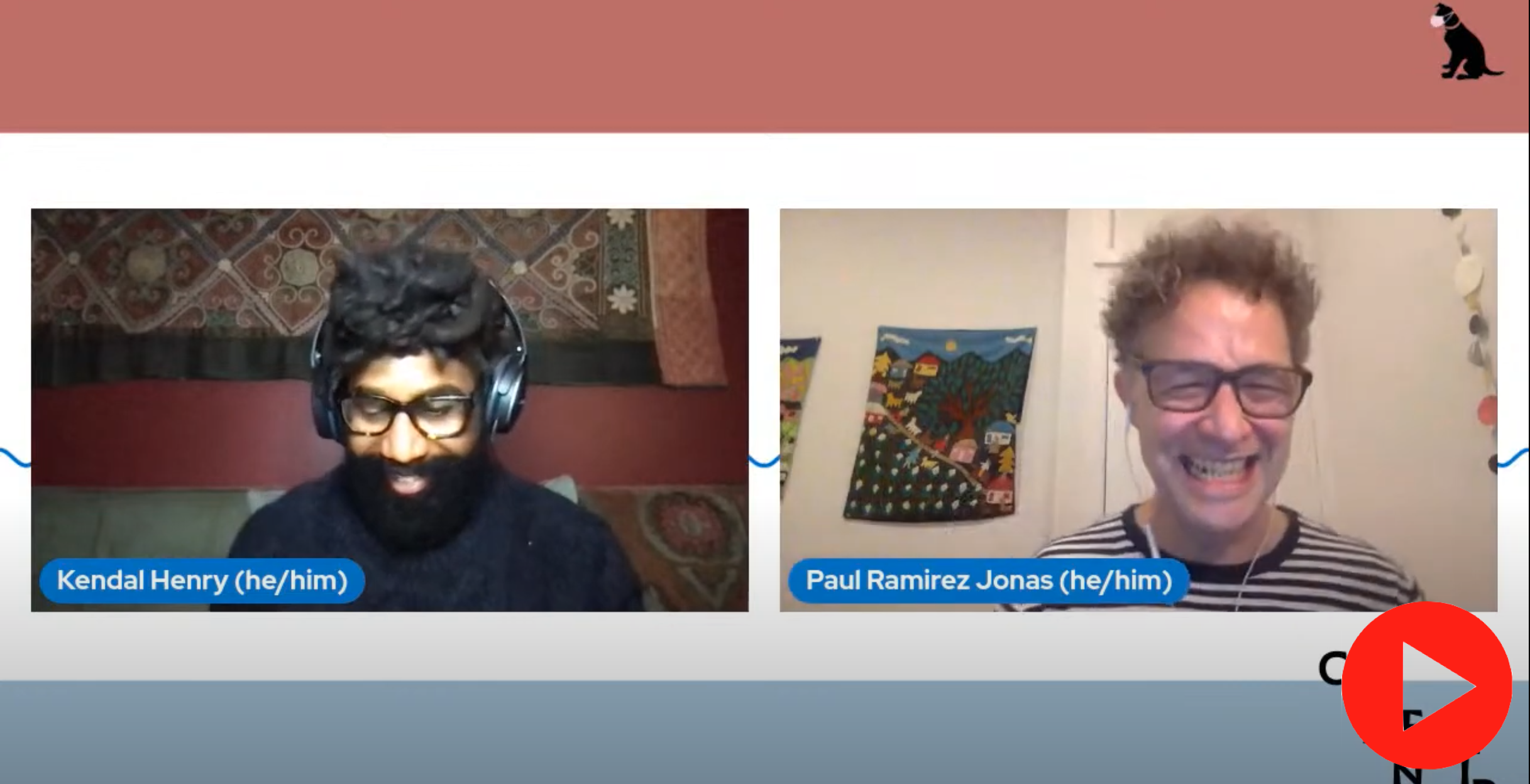 What is "public" about public art? And who is the public it's for? Join artist Paul Ramirez Jonas for a conversation with artist and curator Kendal Henry, who directs the New York City Department of Cultural Affairs’ Percent for Art Program, about public art—how it's made, who it's for, and why it's important.

Paul Ramírez Jonas began his career in 1989. His work has sought to challenge the relationship between artist, viewer, and artwork, and many of his projects invite viewer participation. Whimsical and sincere, he thinks of his works as monuments rather than as sculptures — as situations that address a public, often without an author, and communicate collective ideals, histories, and dreams rather than the individual expression of the artist. He has exhibited work, both in solo exhibitions and group exhibitions, all around the world. In 2016 his Public Trust project was presented by Now & There in Boston. The Contemporary Art Museum Houston organized a 25 year survey of his work, which was presented in 2017. He is currently an Associate Professor at Hunter College, City University of New York CUNY.

Kendal Henry is an artist and curator who lives in New York City and specializes in the field of public art. He illustrates that public art can be used as a tool for social engagement, civic pride and economic development through the projects and programs he’s initiated around the world. He is currently the Director of the NYC Department of Cultural Affairs’ Percent for Art Program and served as the Director of Culture and Economic Development for the City of Newburgh, NY, Manager of Arts Programs at the Metropolitan Transportation Authority Arts for Transit Program and Project Manager at the New York City Department of Cultural Affairs’ Percent for Art Program. Kendal was also the Curator-at-large at MoCADA in Brooklyn, NY and has served two 3-year terms on the Americans for the Arts Public Art Network Council.