We asked you, our brilliant and creative MCA community, to send in proposals for the MCA program of your dreams. And you delivered!

Presenting: Open Source: a series of programs by you, for you. Join us the first three Thursdays in September to see new faces and learn about new ideas.

Join us for a panel discussion with historians, artists, and legal and conservation experts addressing the history of Chicanx in Denver and the greater Front Range, focusing on the contributions of Chicanx artists to our communities, the destruction and threat of destruction presented by extensive gentrification and urban development over the past decade, and the actions we as community members can take to help protect and preserve this important artistic legacy in our own backyard.

Lucha Martinez de Luna is the Director of the Chicano/a Murals of Colorado Project (CMCP). She is Associate Curator of Latino Heritage at History Colorado, specializing in Chicano public art and community activism. She is also an archaeologist specializing in Mesoamerica and has worked on numerous archaeological projects in the Southwest, American West, and central and southern Mexico. She has served as curatorial assistant at the Denver Museum of Nature and Science, Museo de las Americas, the Regional Museum of Guadalajara, and Division Director for the State Council of Culture and Arts in Chiapas, Mexico. She is director of the O’na Tok archaeological project in Chiapas, Mexico.

Emanuel Martinez began his art career at the age of thirteen. He painted his first mural in a juvenile facility where he was incarcerated. In his later teens and early twenties, he pioneered Colorado’s contemporary mural movement and worked as a community activist and artist in the National Chicano Civil Rights Movement. During the movement he worked with Cesar Chavez in California, Corky Gonzales in Colorado, and Reyes Lopez Tijerina in New Mexico. At the age of 20, Martinez created a major work and two other pieces that are now in the permanent collection of the Smithsonian National Museum of American Art. Throughout his career, Martinez has worked as a muralist, painter, and sculptor. From the beginning of his career, Martinez has exposed youth to the splendors of art by painting nearly 100 murals throughout the country with them.

Carlotta D. Espinoza lived in Fraser for eight years and returned to Denver when she was 10 years old after she was awarded a scholarship to attend the Civic Center Art School. She later attended the Rocky Mountain College of Art. She has taught at various art centers and schools. She worked at the Denver Museum of Nature and Science for nine years as a foreground and background artist/sculptor. She is one of the early Chicana muralists in the United States and has murals in Oregon, California, Arizona, Cuba, Texas and throughout Colorado. One of her works is held in the Smithsonian National Museum of American Art.

David Ocelotl Garcia is accomplished across several mediums including painting, sculpture, and murals. His work can be seen in public art commissions and both museum and private collections. David discovered his natural ability and passion for fine art at the age of eleven. His early work consisted of life drawing and water-based sculpture, which he created at the Art Students League of Denver. By the age of eighteen David was assisting professional muralists and monumental bronze sculptors. Now, his own work ranges from large-scale interior and exterior murals, painted directly on existing surfaces, panels, cloth, and canvas, as well as mosaic and sculpture.

Jeremy Silas Ulibarri, a.k.a. JOLT, grew up in North Denver’s Sunny Side. He began his career as a graffiti artist at an early age, and at the age of nineteen, began painting large murals for corporations. In addition to a prolific Graffiti writer, JOLT is the owner of Guerilla Gardens Studio, and is a fine artist, muralist, and curator with over twenty years of experience creating public art, commercial murals, live art performance, and curating events around art with experience in hosting radio, creative consulting, and public speaking. His large public art works can be seen throughout Colorado.

Carlos Rogel is an interdisciplinary media/mural artist, Executive Director at the Social and Public Art Resource Center (SPARC), and a doctoral candidate at UCLA’s Department of Chicana and Chicano Studies. His research and art practice in community development focus on arts-based methods of collaborative design and activism at the SPARC Digital Mural Lab. He develops community-based public art projects, arts education programs for K-12 LAUSD schools, and activist art interventions with immigrant rights and labor organizations. His arts-based dissertation focuses on the extension of The Great Wall of Los Angeles. His extensive research on the ecological and social history of marginalized people will serve as the basis for the prisms examined in the development of the 60s and 70s of The Great Wall. He is skilled in coding and is currently publishing augmented reality content that interacts with the public and visual artworks. 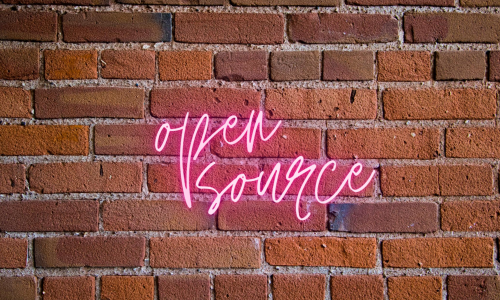 Open Source–Programs by you, for you