Three storytellers test their talents and are thrown tricky, ridiculous surprises along the way.

Hold on to your butts, kids, this is One Two Kazoo!

What are my transportation/parking options for getting to and from the event?

Street parking is limited. Public parking is available in the parking garage at 1900 16th St. We offer validated parking for up to 2 hours, before 4pm, Tuesday-Friday. All other times are flat rate & no validation is required.

What if I'm really really thirsty before the event?

Join us for happy hour in the MCA Café & Bar beforehand to loosen up your brain: 5-6:30PM.

Timmi Lasley Timmi has been a staple in Denver comedy since 2009. She runs a kickass showcase in a punk rock bookstore (Mutiny Information Cafe—a High Plains venue) called Epilogue Comedy, and a nice dinner-and-drinks-kind-of-showcase in the side room of a Tequila bar called El Charrito. In addition to having been on every show Denver has to offer, she also runs what is widely considered to be Denver's favorite open mic. She's worked very hard on becoming an original and thought-provoking funny-human, which has paid off in spots on shows such as The Grawlix, Competitive Erotic Fan Fiction, Seven Minutes in Purgatory, and the last two years of the High Plains Comedy Fest.

Kathryn Avedon is just a gal looking to make other people laugh. Although she's not professionally trained in doing so, she takes great pride in her ability to jump in front of a crowd and tell absurd stories. Kathryn finds humor through all the highs and lows in her wildlife and always encourages people to try to keep up! Future ambitions include but are not limited to: becoming Mayor of Denver, owning a food truck called Quesadilla Queen, and becoming a dog mom.

Stephen Brackett was born and raised in Denver, Colorado where he regularly interfaces between the music/arts, grassroots movements, and education sectors. As a member of Flobots, he is also a co-founder of the NOENEMIES project, which works within communities to explore the power of protest music, and Youth On Record, a Denver organization that today hosts a state-of-the-art Youth Media Studio and serves at-risk youths with music programs, for-credit classes, and more. Stephen finds bliss in tricksterism, giant toppling, spitting hot fire and clawhammer banjo. He is constantly provoked by Ephesians 6:12.

James Lopez: James Lopez is a magician and freelance marketer in the Denver area. Most of his work centers around creating compelling stories and engagement with audiences and customers. James works with New York cabaret troupe Guilty Pleasures Cabaret and local circus collective Rainbow Militia. James loves storytelling and doesn't always try to tell heartbreak stories, but always does.

Gifty Amponsem: Just as a gift is unexpected, but can bring joy and delight, the same can be said about Gifty. Gifty was born in raised outside of Washington D.C and is a city girl at heart. She spent a year of undergrad in Paris, and completed her studies at New York University with a psychology degree. She has had many jobs, her favorite being a middle school science teacher. Now she works at Denver Health and is working on prerequisites for pharmacy school. Most of Gifty's free time is spent doing aerial with the best people around especially with the acclaimed founder of Raconteur Denver. All of the time you can catch Gifty laughing, or scaring people with her sneeze. 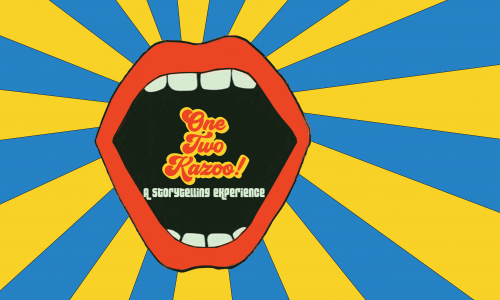