The off-beat series you’ve loved in person for nearly 18 years can still be enjoyed without having to put pants on. That’s right — Mixed Taste is back for a winter edition! And it's still virtual because we're still at home.

Two speakers get 20 minutes each to enlighten you on unrelated topics, selected by a guest curator for the first time: Mixed Taste fan-favorite lecturer Adrian Miller. After the speaking portion, ideas start to blend when audience members ask questions and anything goes. On February 17, join us for Machine Theology & Empanadas featuring Philip Reed-Butler and Ted Vial & Sandra Gutierrez.

This is our second edition of Mixed Taste presented virtually, so you can tune in from any device anywhere in the world. Mixed Taste: Still At Home will only be a three-part series, so don't miss out on this wildly popular program.

Each evening will conclude with an original poem inspired by the topics performed by some of Denver’s best poets.

Please note: 3-event series bundles and tickets to this event are no longer available.

If you purchased tickets to this event, a streaming link was sent to you via the email on your DCPA account 24 hours prior to the event. A final reminder with the link was also sent at 6PM MST the day of the event. Ticket purchasers will be able to use the streaming details provided to watch through Apr 3, 2021 — one month after the final event.

About the Speakers & Poet

Philip Butler is Term Assistant Professor of Theology and Black Posthuman Artificial Intelligent Systems at Iliff School of Theology. He is an interdisciplinary scholar in neuroscience, technology, spirituality and Blackness. He is the author of Black Transhuman Liberation Theology, and editor of the forthcoming volume Critical Black Futures. Philip is also the founder of the Seekr Project, a distinctly Black AI with mental health capabilities. Instagram @phuturist_ | Twitter @hitechmonk

Ted Vial is “What is a Human, Really?” Officer at the Iliff AI Institute, and Professor of Theology and Modern Western Religious Thought. He teaches and publishes about artificial intelligence and theories of human nature, race, and Judaism and gender in the modern world. His B.A. is from Brown University and both M.A. and Ph. D. from The University of Chicago. Instagram @TedVial | Twitter @TedVial | Web ai.iliff.edu

Sandra Gutierrez is a national expert on the subject of Latin American cuisines, their history, and evolution, and on Southern Regional cuisine. A journalist, culinary instructor, lecturer, and food historian, her work has appeared in national and international publications, including The Washington Post, Food & Wine, Eating Well, Southern Living, InStyle, People en Español, Cosmopolitan Latina, USA Today, Diabetic Living, and many others. Her books include: The New Southern-Latino Table: Recipes that Bring Together the Bold and Beloved Flavors of Latin America & The American South;  Latin American Street Food: The Best Flavors of Markets, Beaches, and Roadside Stands from Mexico to Argentina; Empanadas: the Hand-Held Pies of Latin America; and Beans and Field Peas: A Savor the South Cookbook. Sandra is busy working on her fifth book, a large volume for Knopf. Instagram @sandralatinista | Twitter @sandralatinista

James Brunt is an actor born and raised in Denver, Colorado most known for pushing the boundaries of what we know about theater with immersive productions in obscure settings and hard hitting concepts that make his audience truly reflect on their views of the world. Playing roles from a cleaver-wielding beet butcher, to a zainey detective on the hunt for answers, he loves to create anything that will make his heart beat faster and blood boil up. He recently received the 2019 True West award for breakout actors for his challenging portrayal of taxi driver, Bobby, in Mosque with The Black Actors Guild. Other works recognized were his productions with The Band of Toughs and Control Group Productions. When Brunt isn’t taking the stage, he still finds ways to enlighten his audiences by performing original slam poetry or creating magical moments as the beloved Santa Claus. He is also an educator of the arts, teaching improv to the youth of Denver with the Black Actors Guild. Instagram @exjames 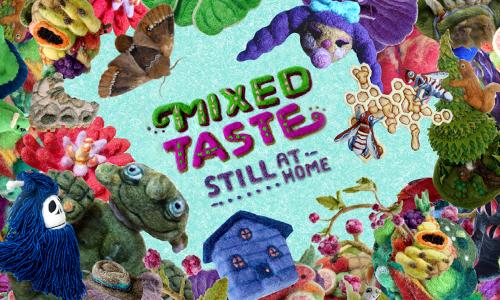