Alexandra Bell in conversation with Leigh Raiford: A Virtual Event

Alexandra Bell in conversation with Leigh Raiford about implicit racial bias in the media. 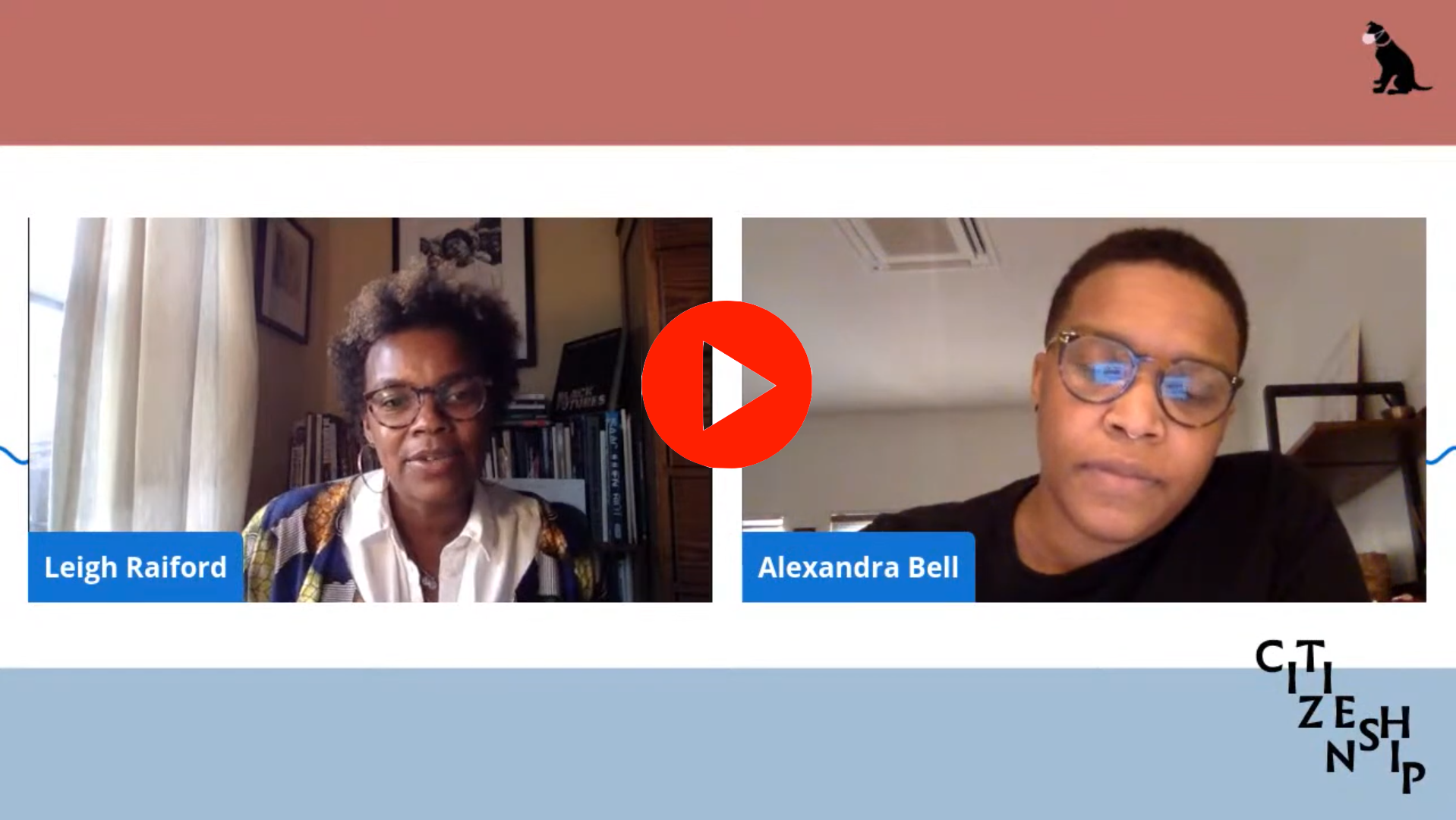 Alexandra Bell's series Counternarratives, featured in Citizenship: A Practice of Society examines implicit racial bias in the New York Times. The prints in the series reveal how layout, syntax, and photographs inform our understanding of current events—sometimes without our awareness. Join Bell and University of California at Berkeley professor Leigh Raiford for a conversation about race, representation, and the media.

Alexandra Bell is a multidisciplinary artist who investigates the complexities of narrative, information consumption, and perception. Utilizing various media, she deconstructs language and imagery to explore the tension between marginal experiences and dominant histories. Through investigative research, she considers the ways media frameworks construct memory and inform discursive practices around race, politics, and culture.

Her work has been exhibited at Jeffrey Deitch Gallery, Charlie James Gallery, MoMA PS1, We Buy Gold, Koenig & Clinton Gallery, The Nathan Cummings Foundation, Atlanta Contemporary, Pomona College Museum of Art, Spencer Museum of Art, and Usdan Gallery at Bennington College. She received the 2018 International Center of Photography Infinity Award in the applied category and is a 2018 Soros Equality Fellow. She is a 2020 Pioneer Works resident.

Bell holds a B.A. in interdisciplinary studies in the humanities from the University of Chicago and an M.S. in journalism from Columbia University. She lives and works in Brooklyn, NY.

Leigh Raiford is Associate Professor of African American Studies at the University of California at Berkeley, where she teaches and researches about race, gender, justice and visuality. She also serves as affiliate faculty in the Program in American Studies, and the Department of Gender and Women’s Studies. Raiford received her PhD from Yale University’s joint program in African American Studies and American Studies in 2003. Before arriving at UC-Berkeley in 2004, she was the Woodrow Wilson Postdoctoral Fellow at Duke University’s John Hope Franklin Center for Interdisciplinary and International Studies. She is the recipient of fellowships and awards from the American Council of Learned Societies, the Ford Foundation, Volkswagen Foundation (Germany), the Mellon Foundation, the Woodrow Wilson foundation, and the Hellman Family Foundation and has also been a Fulbright Senior Specialist.

Raiford is the author of Imprisoned in a Luminous Glare: Photography and the African American Freedom Struggle (University of North Carolina Press, 2011), which was a finalist for the Berkshire Conference of Women Historians Best Book Prize. She is co-editor with Heike Raphael-Hernandez of Migrating the Black Body: Visual Culture and the African Diaspora (University of Washington Press, 2017) and with Renee Romano of The Civil Rights Movement in American Memory (University of Georgia Press, 2006). Her work has appeared in Artforum, Aperture, Ms. Magazine, Atlantic.com and Al-Jazeera.com.