What do we do when we don’t see people like us on stage? How do we know we belong?

When MCA Denver approached me about creating a music and interactive arts festival extension of its fantastic Feminism + Co. programming, these questions above guided my vision for what would become Fem Fest, an event I’m so proud and honored to be bringing to the Denver community. When I was a young person interested in making music, I was able to see myself doing it before ever stepping on stage with my bass guitar – because people like Courtney Love, Missy Elliott, Bjork, Lauryn Hill, Lady Miss Kier, Jennifer Finch, Janet Jackson, Kim Deal, RuPaul, Kim Gordon and countless other womenfolk showed me it was possible.

Fem Fest 2018 is all about showing this community that you too are invited to the stage. In a sea of music and arts festivals dominated by dudes, Fem Fest offers an all ages, all welcome, inclusive experience, whether you are performing or are part of the audience. I am the co-founder of a decade-strong, annual, Do-It-Yourself experimental, outsider music and arts festival called Titwrench and I bring my experiences from that gathering to Fem Fest. After all, they are similar in nature – both are spaces to uplift, celebrate and support the radical women creating music, making art, telling stories, sharing wisdom, making others laugh and teaching others in our community how to build things and build themselves up in the process.

At Fem Fest, age doesn’t matter. Where you come from doesn’t matter. How you present yourself to the world doesn’t matter. All that matters is that you’re welcome here and you’re encouraged to participate – that means singing along with the bands, dancing to the sounds of our DJs, feelin’ yourself through our empowerment workshops, laughing with our comedians as they give you museum tours through a feminist lens, getting excited about your future after sitting down with our astrologers and tarot readers and checking out our pop-up art market featuring women artists from all over the city. I want you to see yourself in the womenfolk who will be presenting, sharing and celebrating their talents with you. By showing up and supporting their work here as part of MCA Denver’s Fem Fest 2018, you are laying the groundwork for your own creative expression in the world.

One last note: I’m extraordinarily honored to host Fem Fest headliners, The Red Aunts, right here in Denver this year. This band was formed in California and first came my way when I read a review of their 1995 album, #1 Chicken, in Rolling Stone Magazine when I was a teenager. The Red Aunts showed me I could play in a band, too. It didn’t matter that I was “just a girl”; I was a girl who could play music. The Aunts were formative in my own personal journey as an artist and I am happy to see that more than two decades later, they are still empowering others through their music and presence. If you haven’t heard of them before now, don’t worry. The Red Aunts are really excited to bring their wild style to many of you for the first time! 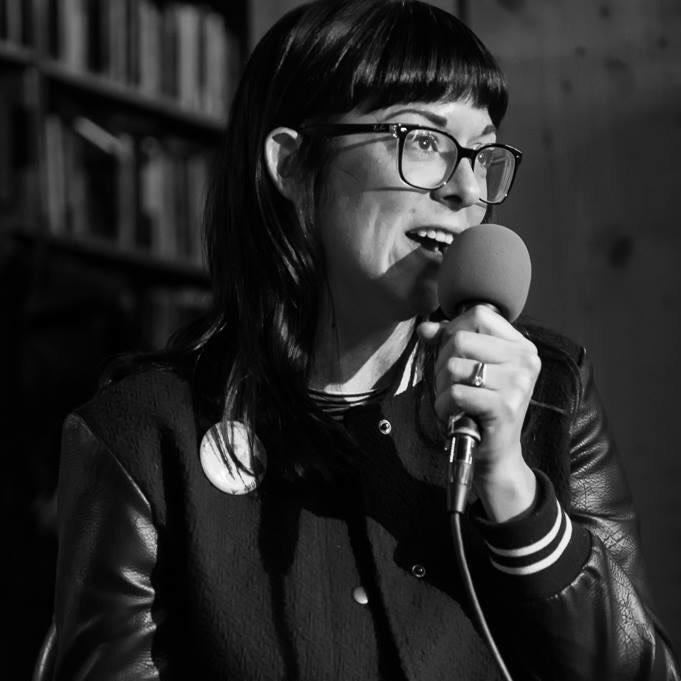 Bree Davies is a writer, reporter and television host and producer born and raised in the Queen City of the Plains. Along with annually producing Fem Fest at MCA Denver, Davies is an active member of the music community, co-founder of Titwrench experimental music festival and has consulted Girls Rock Denver and Youth On Record on their respective feminist-centric programming. Davies is host of Sounds on 29th on CPT12 Colorado Public Television and is the creator and host of the monthly live podcast, “Hello? Denver? Are You Still There?” at Mutiny Information Cafe. She was a longtime critic and columnist for Westword and has written for The A.V. Club, LA Weekly, Village Voice, xoJane, Alternative Press and more about music, art, feminism, DIY culture, addiction, and social justice issues. Davies is an advocate for all ages, accessible, inclusive, and autonomous DIY art spaces and music venues in Denver and has worked on legislation regarding artist housing and citywide housing affordability.

Come to FEM FEst this Saturday

This all day, all ages festival includes outdoor musical performances; tours led by female comedians in the galleries; workshops in the Idea Box; and tarot readings on the rooftop. Free drinks, ice cream, and fun.

Get Your Ticket
Black lives matter. We hear you and we see you and we stand with you. Read our full statement
Interested in winning free art for a year? Check out the Octopus Initiative