So here’s the thing. We love our teens. Like, a lot.

MCA Denver works to create new opportunities and spaces for teens to develop their creativity, work with others, and engage in contemporary conversations while navigating issues they face. MCA Denver teens are always inspiring us with their ideas, the way they approach challenges, and their general coolness.

We finished out the year with a bang. On May 3, the Failure Lab teens opened their exhibition titled Water Closet, an exploration into the unseen layers of the daily experiences which occur in the privacy of one’s bathroom.

"This is Failure Lab’s sixth year of bringing teens in to work directly with local artists, visit galleries, explore studio spaces, craft their own ideas and build exhibits. In the fall, they put on the annual teen art show, for which the kids write the call to entry, distribute the submission forms across the metro area, jury the show, frame the art and hang the art. Then they throw a big opening party, and the exhibition stays up for two to three months. In the spring, what they’re working on now, they’re working with a specific local artist, in that artist’s milieu, to create another exhibit."

Then on May 10, the POV (aka Point of View) teens released the fourth POV zine titled Recipe For, a collaborative zine that addresses pressing issues and interests, ranging from intersectional feminism, to beauty standards, and the addiction of music.

Here’s something Denverite captured in their recent article about MCA Denver’s teen programming:

"Each of the teenagers in the POV program contributes something different to their zine. Eliazah Dixon, a 14-year-old student at Rangeview High School, wrote a few poems about body image and eating disorders, each accompanied by a photo of herself that she felt “portrayed the poem.”

Nina Paul, a 16-year-old student at Jefferson Academy, ended up with two pages to contribute. The first, a collection of sticky notes typed over with hurtful things her father has said and done.

“I think by doing this, it kind of gives people a little insight into how mental abuse is actually — how much it affects a kid even. Because I’m a kid.”

The second page is a poem about what the emotional abuse did to her and how “it affected me in the past but it doesn’t affect me now.” Being part of POV has been valuable in that way, as an emotional exercise, but also as a creative outlet and a place where she’s among people like her.

“[I learned] there’s a lot more people who think artistically, and that’s amazing because in my high school I’m like one of… one,” Nina said."

Read more about POV and Failure Lab here and check out this end of year video recap below  (trust us, you want to read this article and watch this video). 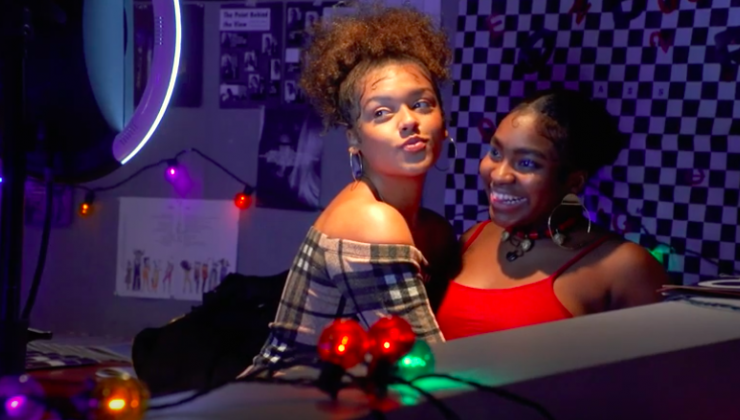 Big shout out to all our incredible teens. And as always, teens get in FREE*.