We sat in with Mike Giant, self-proclaimed aspiring Renaissance man, as he worked on a mural in the lower idea box in the museum.  Mike is a jack-of-all-trades. His art ranges from graffiti and tattoo sketches, to photography and commercial work. Mike gave us some insight into his work, skateboarding, and where he draws inspiration, all while sketching illustrations on the wall, shirtless.

You clearly experiment in many mediums…did you start with any one in particular?

Magic markers. They were invented when I was a little kid. Mostly those Crayola markers, the big fat ones. I was drawing all over everything. I was a motor mouth, so my parents would put markers in front of me to shut me up. I was probably three or four years old, ya know. My parents kept Legos and Lincoln Logs around the house. I used to get spray paint in my Christmas stockings. 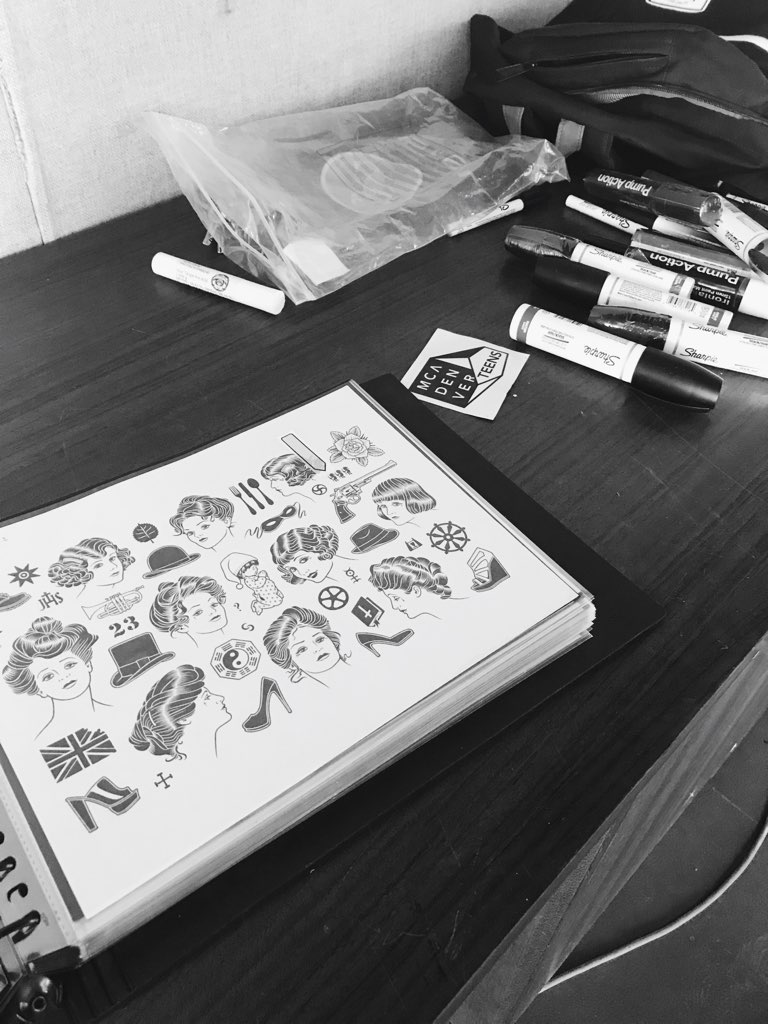 Love that. When did you formally start drawing?

Part of it was graffiti. There are things to learn from how to steal from how to draw from how to case a spot. I did four years at the University of New Mexico and I studied architecture. And then when I got a job at Think Skateboards in 1993, and I said f*ck it, I’m out. My professors were supportive of that. It was a good gig early on.

Where do you find inspiration?

I tend to draw inspiration from my life, from the skateboarding culture to the tattoo scene. The word “poser” was the worst thing to be called growing up. I don’t like people who speak about things they have no personal experience with. I get down on people like that. Find your thing; don’t dis my thing if you have no experience. There are a lot of people that are supposed experts in things they don’t know. Even in the Buddhist circles I hang in there are people who can meditate really well but they are f*cking assholes. 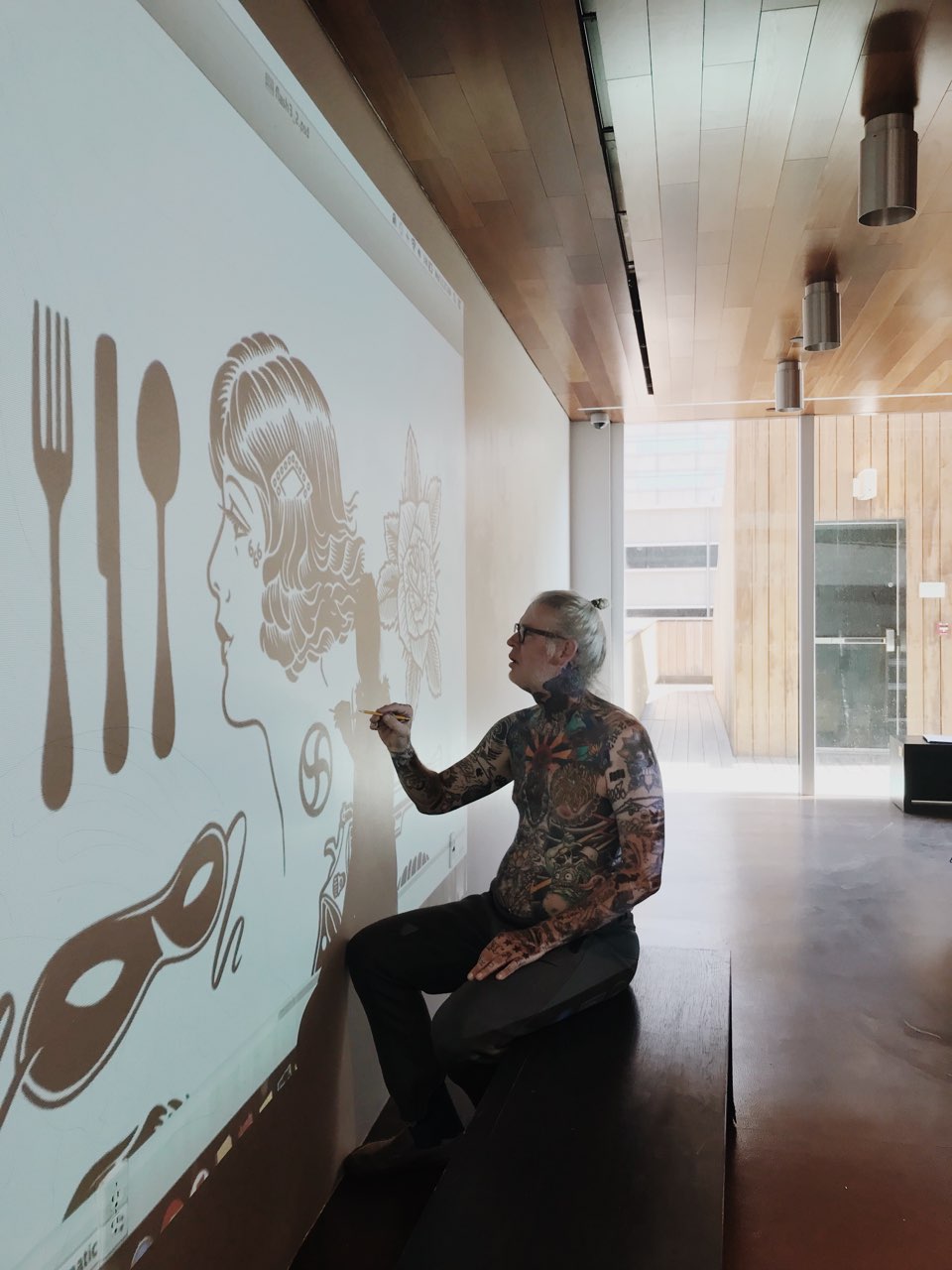 So do you have an art philosophy?

Nah. I am mostly interested in making pictures. It depends on what my interests are in the moment. I have been on a low rider and hot rider kick. But that will pass (laughs).

How has skateboarding been formative for you?

I am a die-hard skateboarder. I skated from 1983-97 every single day. I can still remember the first time I went in a skateboard shop in California. I have never seen so many colorful products. Skateboards beg for artwork. And inherently with skateboards, it’s going to be used and destroyed. It’s not meant to last. I did hundreds of skateboards. And that also accounted for the high turnover of graphics, and why I ended up doing so many. ‘Cause the kids wanted the next cool thing all the time. 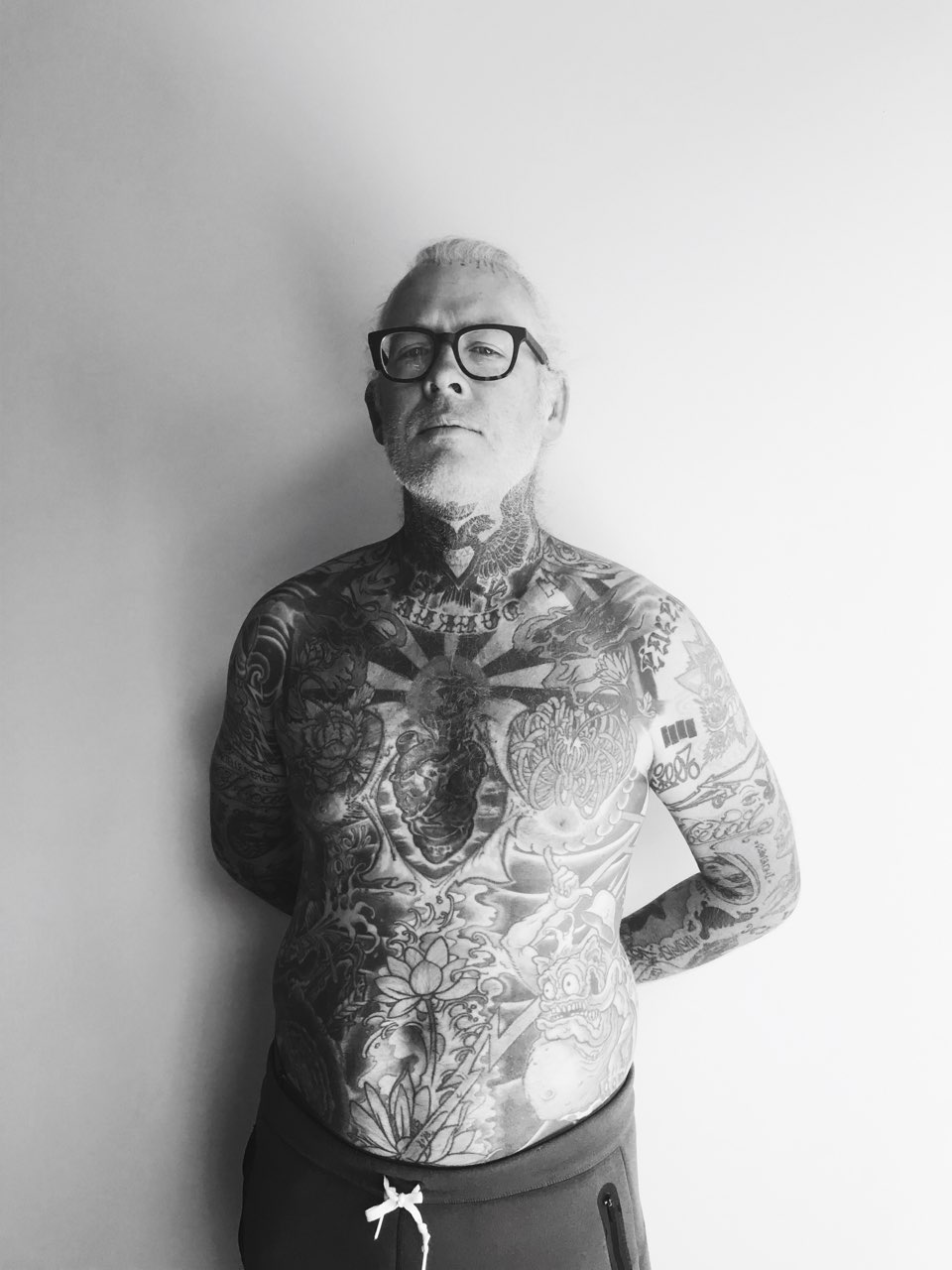 Did you design most of the tattoos on your body?

No. I did the original sketch for the figure on my back. My own work is dated. You can tell based on the style. To have that on your body is kind of a drag. It is to your advantage to find really good artists and have them do their best on you. Then it will look timeless. My education is in my skin. That’s how I learned, watching people do it.

What do you hope people get from your art?

Not so much. It is so personal how people react. I don’t know if I can have any control over that. An example would be a show I did in Paris. All text. It was a Buddhist teaching on love. The S’s that I use were abstract, kind of. Pretty unreadable. This woman at the show was completely offended by it. She found hate in something that is about love. That’s radical.

Check out more of Mike’s work on his website and Instagram @ogmikegiant and come see the mural at MCA Denver.