Meet the Teens Behind the 2nd Annual Anti-Hero Short Film Festival, an Original Film Festival Highlighting the Voices and Experiences of women, BIPOC and LGBTQIA+communities.

The Anti-Hero Short Film Festival returns this year and in-person at MCA at the Holiday Theater on Friday, April 22nd. The teen film festival is organized by Clarise Reichley and Soah Blake, former cohorts of MCA Denver teen leadership programs and last year's organizers. This year, the group has grown to include MCA Denver Offhand interns, Michael Kibuuka, and Olivia MacLeod.

I emailed the group to learn more about this year's event that seeks to share and celebrate perspectives, narratives, and experiences that have been left out of history by highlighting the voices of women, BIPOC, and LGBTQIA+ communities. 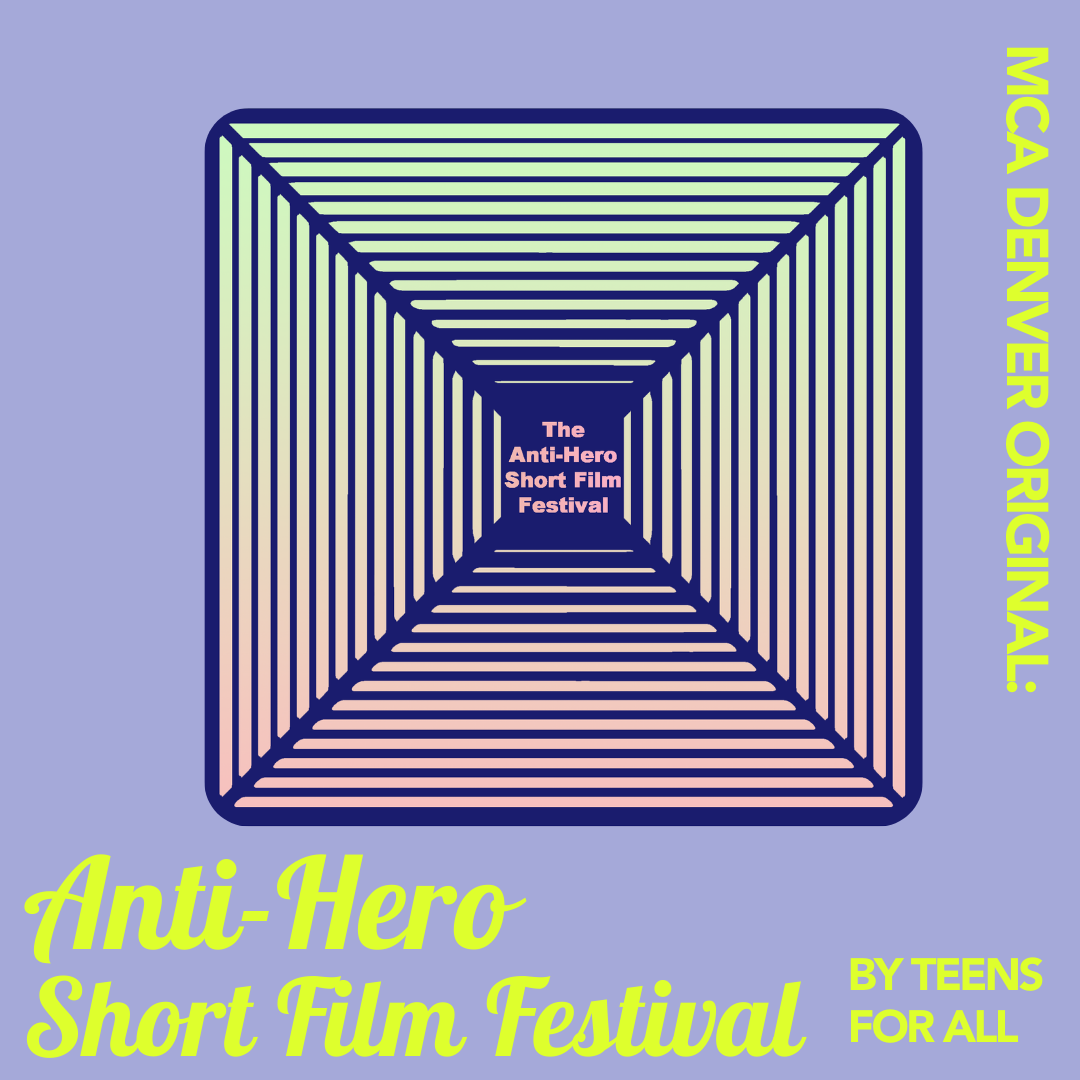 Clarise Reichley: My favorite anti-hero is probably Carmilla from Carmilla, a vampire novel that predates Dracula by 25 years.

Soah Blake: My favorite anti-hero of all time is Randy Dean from Maria Maggenti’s 1995 film The Incredibly True Adventures of Two Girls In Love. Despite all odds put against her, you can’t help but root for her. She is just so loveable.

Michael Kibuuka: My favorite anti-hero is Carmela Soprano, from The Sopranos, because of the extremely unique position she had in the show. Her perspective on her husband, crime, and religion was a joy to watch.

Olivia MacLeod: I'd say my favorite anti-hero is Severus Snape from Harry Potter!

How did the idea of the Anti-Hero Short Film Festival come about?

Clarise: After being discontented with the ways mainstream history is taught– as something that glorifies the conquerors and erases marginalized people– I reached out to Soah to see if she was interested in creating a film festival to uplift the voices of those who have been written out, spoken over, and forcibly disenfranchised.

Soah: I was so lucky to pick up my friend Clarise’s phone call one day during the pandemic. We had a really long discussion about how, for so long, the stories of folx who are a part of marginalized communities were continuously being erased and how frustrating it felt to see our own identities being silenced. Clarise mentioned the idea of starting a film festival to uplift and celebrate these voices; I was especially over the moon about this idea since my artform at Denver School of the Arts is film. Art is already so cool, but it’s even cooler when we are seeing, hearing, and experiencing what everyone has to say!

It is so exciting to be in the second year of the film festival. What can we expect for this year?

Clarise: We are incredibly excited to welcome people to MCA at the Holiday Theater to celebrate the films and filmmakers we have chosen to showcase. You can expect to feel a broad range of emotions, enjoy popcorn, and hear from local filmmaker Eileen Roscina!

Soah: This year’s Anti-Hero Film Festival is even bigger and better and we couldn’t be more excited that even more folx are a part of it! We are so grateful to be working with Zachary Davidson, MCA Denver Youth Programs Manager, as well as Olivia MacLeod, and Michael Kiuubka. The festival will be taking place at the Museum of Contemporary Art Denver’s new performance space, the Holiday Theater (yay!), and we will get to hear from local filmmaker Eileen Roscina (double yay!). Most importantly, we are getting to see the stories of even more Anti-Hero artists (while getting to snack on buttered popcorn with our friends and family).

How has producing this event been with working so collaboratively with other teens in other schools?

Olivia: Working with other teens at the MCA has been so exciting and easy. I’ve loved hearing their thoughts about the films and learning about their outlooks on art in general. Working with young creatives is so refreshing in the way that we all share similar opinions but we can discuss it like we are talking to a friend. Additionally, being able to execute these meetings virtually has been a huge tool in getting things done efficiently, as well as collaboratively.

Why is it important to show the diversity of lived experiences on film?

Olivia: When comparing this festival’s submissions to last years, we have seen a huge increase in student participation. Coming out of the pandemic, many young artists are branching out of their own practices and beginning to use the opportunities that may have been previously inaccessible. With the MCA giving students an outlet such as this public film festival, a huge amount of diversity from students all over the state are contributing their voices and hopes through film. We hope that these artists will not only feel heard and seen but others watching can find points to relate to, creating new safe spaces and connections that may not have been available through conversation. Allowing young artists to share their experiences to a large audience, through an organization like the MCA, allows for vulnerability, experimentation, insight, and growth within our work and ourselves.

What do you hope your audience will gain from the experience?

Michael: I hope people will see that if they put their mind to it, they can make whatever they want. Age is not a boundary and really doesn’t matter and I hope that other teens see these films and then get inspired to create their own films.

How has this experience influenced or impacted your perspective on how you are represented?

Michael: Through this film festival, I've been inspired by the amount of diversity and creativity I've seen. As a Black man in the Boulder area, there is an extreme lack of diversity and seeing the amount of representation in these films submitted is very comforting in a way. It makes me feel like I'm not alone, and I hope others get that feeling too.

To learn more and purchase tickets for the event, click here.