The Museum of Contemporary Art Denver Failure Award Scholarship awards over $25,000 in college scholarships to a Colorado high school senior who demonstrates and embraces the spirit of creative risk-taking in the pursuit of something new. While so much of student life is focused on achievement, MCA Denver believes that in order to create something original and authentic, it is necessary to risk failure.

The Failure Award Scholarship is based on documentation of a project the student created or produced while in high school that demonstrates originality and creativity. Soah Blake from Denver, CO is this year’s 2022 recipient of the Failure Award Scholarship. A budding filmmaker and screenwriter, Soah represents what it means to take risks for creative self-expression and storytelling. I had the pleasure of emailing Soah to learn more about her award-winning film, holding hands with the moon, and the lessons to be learned through failure. 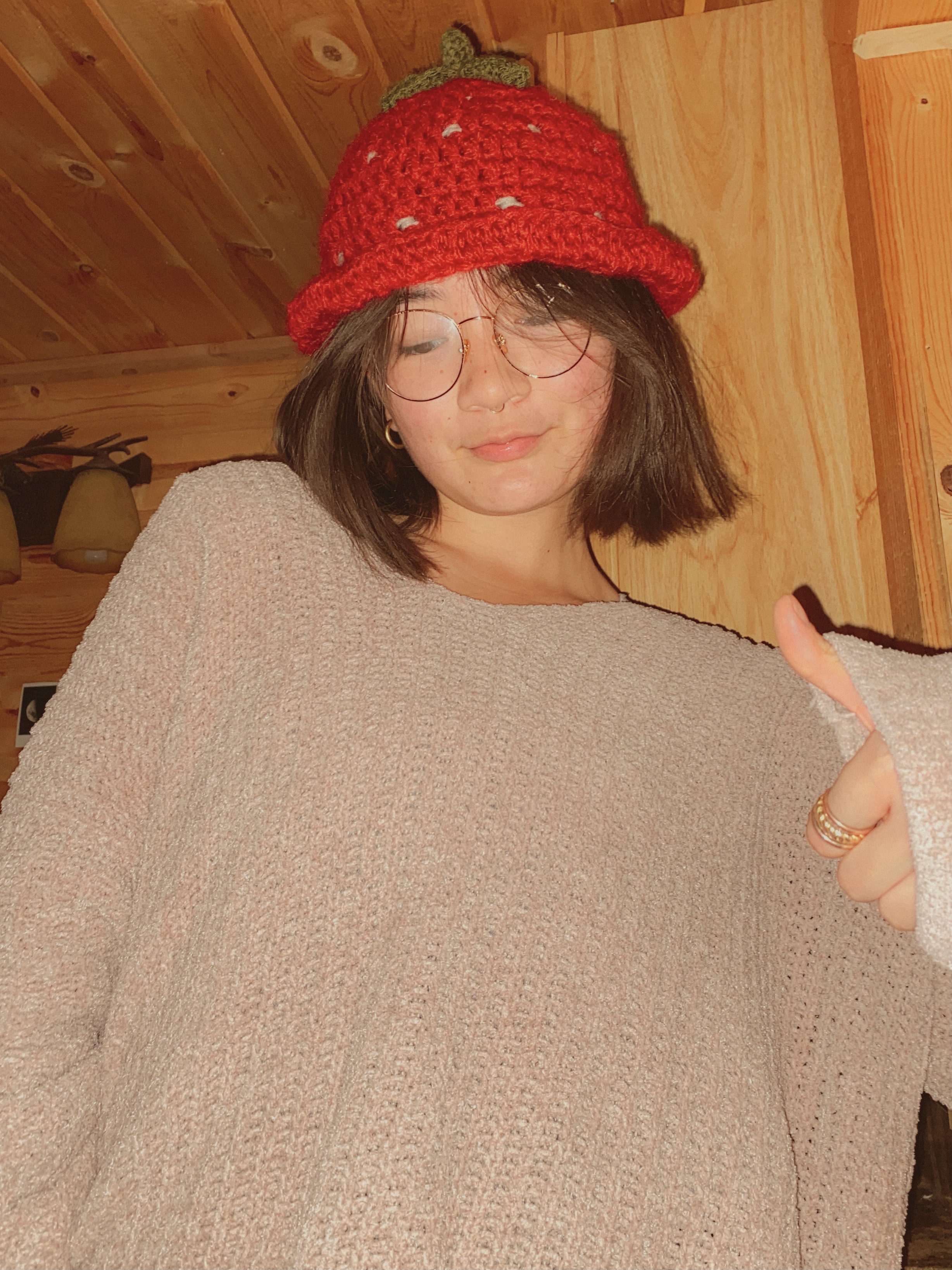 Hi Soah! How have you been doing?

Hi Tai! I’m doing really well, thank you so much for asking. I’ve been spending my Summer in Tucson, Arizona, and have been feeling so inspired by all of the beautiful plants and animals around me, as well as, the endless sunshine. Thank you so much for taking the time to interview me today! I am so honored!

Congratulations on being the 2022 recipient of the Failure Award Scholarship! Why did you feel it was important to share your movie holding hands with the moon as your creative project for the application?

Thank you so much! I wanted to share my film holding hands with the moon as my creative project for the application because it was the film I worked on for pretty much the entirety of my senior year of high school. It was actually the first time I tried to use the artistic process of making a film as a form of therapy. I went into making the film terrified. I’ve always been so afraid of failure to the point where it prevents me from even trying. In the past, I’d always fixate on how “good” my film would be compared to others. holding hands with the moon is different. holding hands with the moon is more than a film to me. Making it taught me so much more about letting myself feel through the art I am making, that the end product isn’t nearly as important as the journey you go on as an artist to make it. This film was the first time that I let myself roll with all of the setbacks and successes that came with it. Because I let the film change organically throughout the processes of making it, letting go of any expectations, the final result was something that acts sort of like a time capsule of that period of my life, which I utterly adore and is incomparable because it makes me so happy. And the making of the film was like the magic of metamorphosis. holding hands with the moon is mine in a way that is comparable to the feeling of telling your best friend a secret, in a sort of enchanting way.

Can you share what inspired holding hands with the moon?

holding hands with the moon was inspired by my experience through the height of the pandemic. Because I was living with someone who is immunocompromised, I isolated myself. My isolation was a combination of learning to love all of the little things in my life that bring me immense joy and learning to live with my anxiety. I think this is shown through Terra’s character, and it wasn’t until my teacher had watched the film and pointed out to me how similar Terra, the main character, is to me that I realized how similar Terra and I were to each other.

How have you found filmmaking to be the creative medium that allows you to be expressive in communicating your feelings over other forms of art? How are vulnerability and failure connected?

I love this question so much. Filmmaking is an art form that combines all art together, which is one of the things that makes it so unique. It’s challenging, and that’s what I like about it. I really want to center my filmmaking around visual arts, and making things with my hands, which might be counterintuitive, but at least for me, when I am making things with my hands I can uncover more about my own identity, the personalities of my characters, the places I want to film, I can always find answers when I am doing things with my hands. This all directly influences my filmmaking. I in no way am a visual artist, for the longest time visual arts scared me because I would always convince myself it wasn’t good. But giving myself the time and space to be vulnerable and “fail” is so wonderful because it only helps me grow and evolve my art even more. I think everybody can be a filmmaker, which is one of the reasons why it is so cool, but where the fun comes into play is when you begin trying to figure out all of the little parts of your filmmaking that make it yours. I hope that in the future, including elements of visual arts in my filmmaking will grow to become mine.

I think vulnerability and failure are connected in so many beautiful ways. The one way that sticks out to me most is how when you are being vulnerable, you are taking a chance. You never quite know what the outcome of a chance will be, but just the act of taking that chance is a success. Failure is funny because in my mind at least, the concept of failure doesn’t really exist. If you are trying, if you are doing the thing, if you are doing the best you possibly can, even if you “fail”, what you get out of the wash is a way to learn even more. The only way you can ever get close to failing is by not trying, and I live by that. Being vulnerable is one of the most human things a person can do, sensitivity is a sign of life

What does the Failure Award Scholarship mean to you? What are some of the lessons you have learned through this process?

For me, the Failure Award Scholarship means that the future of filmmaking looks bright when we believe in filmmakers and fund them. Especially when we are funding artists who are not a part of the dominant identity of the industry, this allows for even more stories to be shared with the world which I think, is such an incredible way to change it for the better. I think the biggest lesson I learned throughout this process is that I need to believe in myself. I was so rooted in self-doubt and a fear of failure, that the process of applying for the scholarship challenged that narrative. When I believe in myself, as cheesy as it sounds, I know that the passion that I am putting into the art I am making will glow and resonate with the people, places, and things it is meant to.

The “rock” people in my life influence my creative practice the most. My partner, Jack Cosgriff, is the most talented filmmaker I know. Seeing his passion for filmmaking and the way that he uses filmmaking to understand parts of himself and his own life I find it to be utter magic. And Anya Moseke, who is my best friend and single-handedly the best storyteller I have ever met, is a person I strive to be as kind as and who I want to be when I grow up. The French New Wave director Agnes Varda is the woman I do everything for. I am so mesmerized by the way that she depicts all of the faces and places that she finds fascinating. Her curiosity is so beautiful. At the moment, the work of Ella Fields and Faye Wei Wei also inspire me.

The future looks bright for you, Soah! What are you looking forward to for the rest of the year?

Thank you so much! That means the world to me! I’m moving to New York in a couple of months for college. I’m attending Sarah Lawrence College for Filmmaking and Moving Image Arts which I am over the moon about. Other than that, I just launched holding hands with the moon on my YouTube channel. Also, my friend Maddie Cody just released her first single, In Her Eyes, so we teamed up and made a music video for it using the footage from my film. For the rest of the Summer, I’m shooting my first film entirely shot on Super 8 which I’m really excited about and am planning to complete before classes start. There is so much to look forward to! 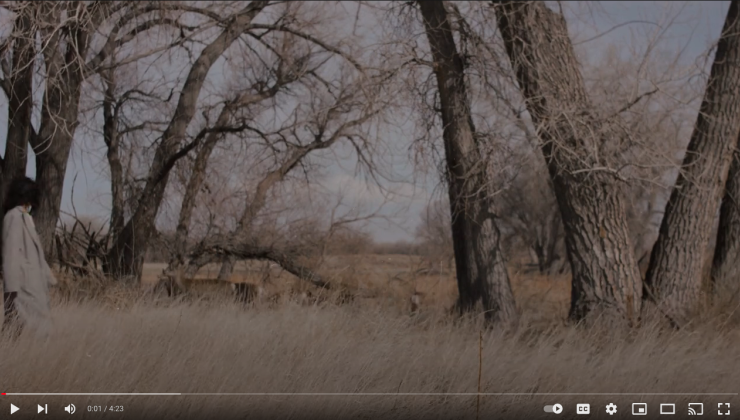 Stayed tuned for announcements for the 2023 Failure Award Scholarship! For more information on all things teen at MCA Denver, click here.