MCA Denver Celebrates 25 years: A look back at the early years at Sakura Square

The Museum of Contemporary Art Denver celebrates 25 years of bringing world-class exhibitions, unique programming, and events and adding quirkiness to our city this year. As part of the anniversary celebration, we’ll take a look back and share highlights of our beginning to where and who we are now as we continue to put the ART in the HEART of our community. Stay tuned as we highlight the innovative exhibitions and programs throughout the years over the next few months. In this post let’s go back to the beginning...

Thanks to the vision of a few people who cared so deeply about art and artists and the impact they can have in this city, MCA Denver has had a dynamic and vibrant history. MCA Denver was founded in 1996 by philanthropist Sue Cannon, along with Marina Graves, Mark Sink, Dale Chisman, Lawrence Argent, and a few other enterprising Denverites, with the mission to celebrate the art of our time in the heart of Denver. Establishing MCA Denver didn’t come without its challenges. As the Denver Post wrote in 1999, “Contemporary art has a tough time in Denver. We seem to prefer cowboys and colorful sunsets.” And the Rocky Mountain News cited geographic ‘isolation’ as another barrier to such a museum; ‘It takes a while to get anywhere from here.’ The group persisted and ended up sponsoring exhibitions, installations, and performances in several sites around the city. The first exhibition for the newly formed museum took place at 1999 Broadway. The Collectors Vision, curated by art dealer and board member of the newly-formed museum, Peggy Mangold, featured artwork from private collections of Kenneth Whitings, Paul and Nancy Jenkins, Bryan Pulte, and Charles Hamlin. 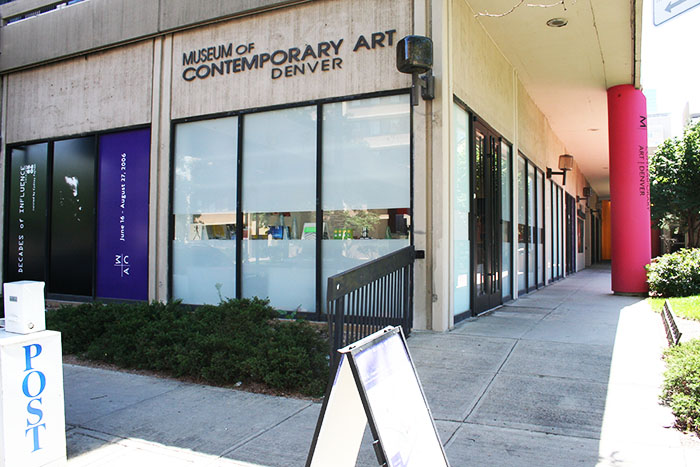 In 1999, the Museum of Contemporary Art Denver found a home at a renovated fish market called Sakura Square and welcomed its first exhibition curated by Denver photographer and one of MCA Denver’s founders, Mark Sink, **Altered Worlds Slovak Stage Photography, that featured works by seven Slovak photographers whose purposeful distortions and intrusions to the photographic image created a highly personalized artistic statement.** Followed by Florals: Unique Visions, also curated by Mark Sink, that exhibited photographs of flowers by some of the world’s finest photographers, like Paul Outerbidge, Walter Chappell, Marie Cosindas, and Robert Mapplethorpe’s Calla Lily (1984) were featured in the exhibition.

For the next seven years, MCA Denver produced exhibitions and programming that laid the foundation of who we are today and paved the way for us to become Denver’s creative center of gravity. Below are a few highlights of exhibitions at Sakura Square.

Blood: Lines + Connections (2003) curated by then director Cydney Payton featured contemporary artists from around the world whose art explored the call to action and its response to the political and social environments of today. 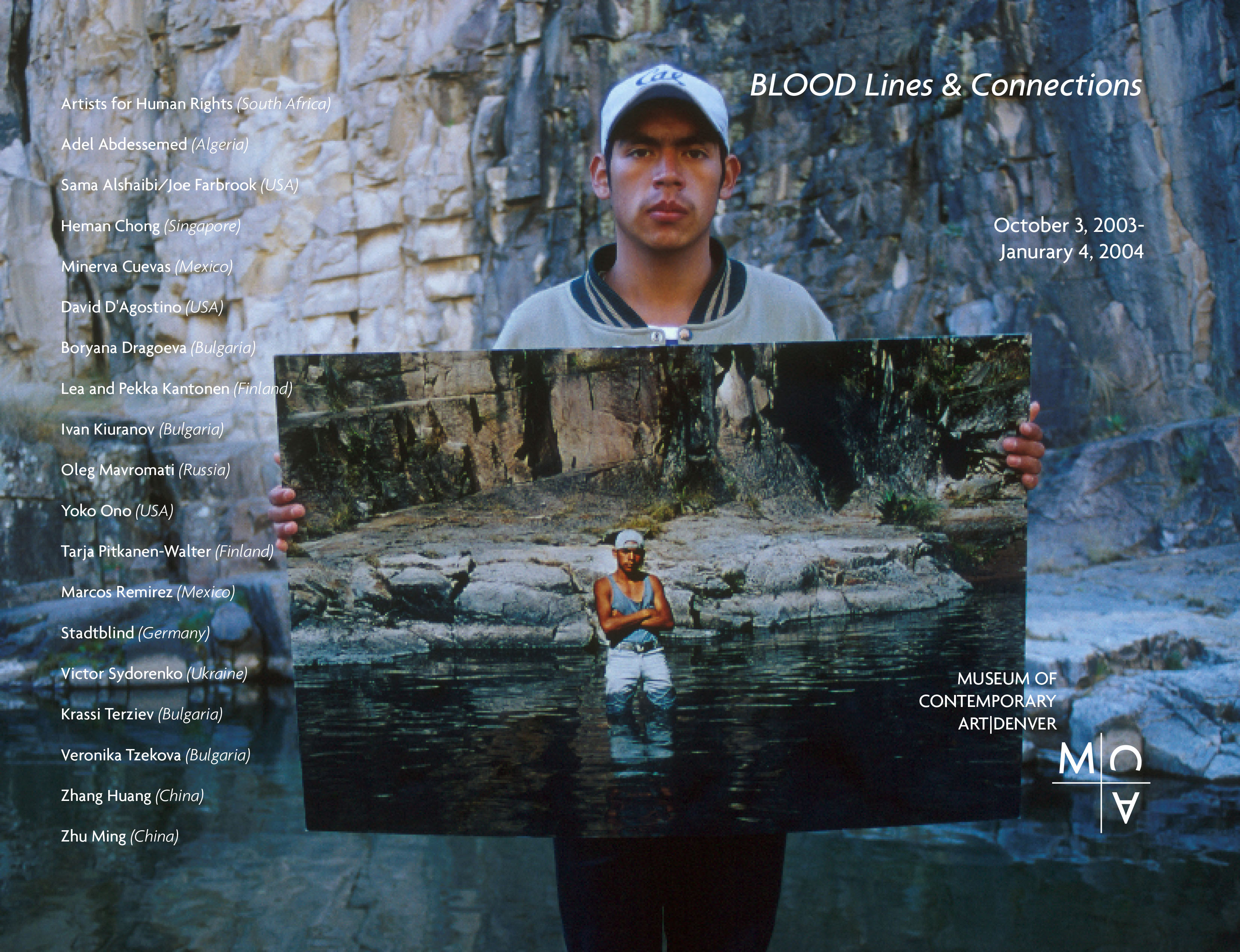 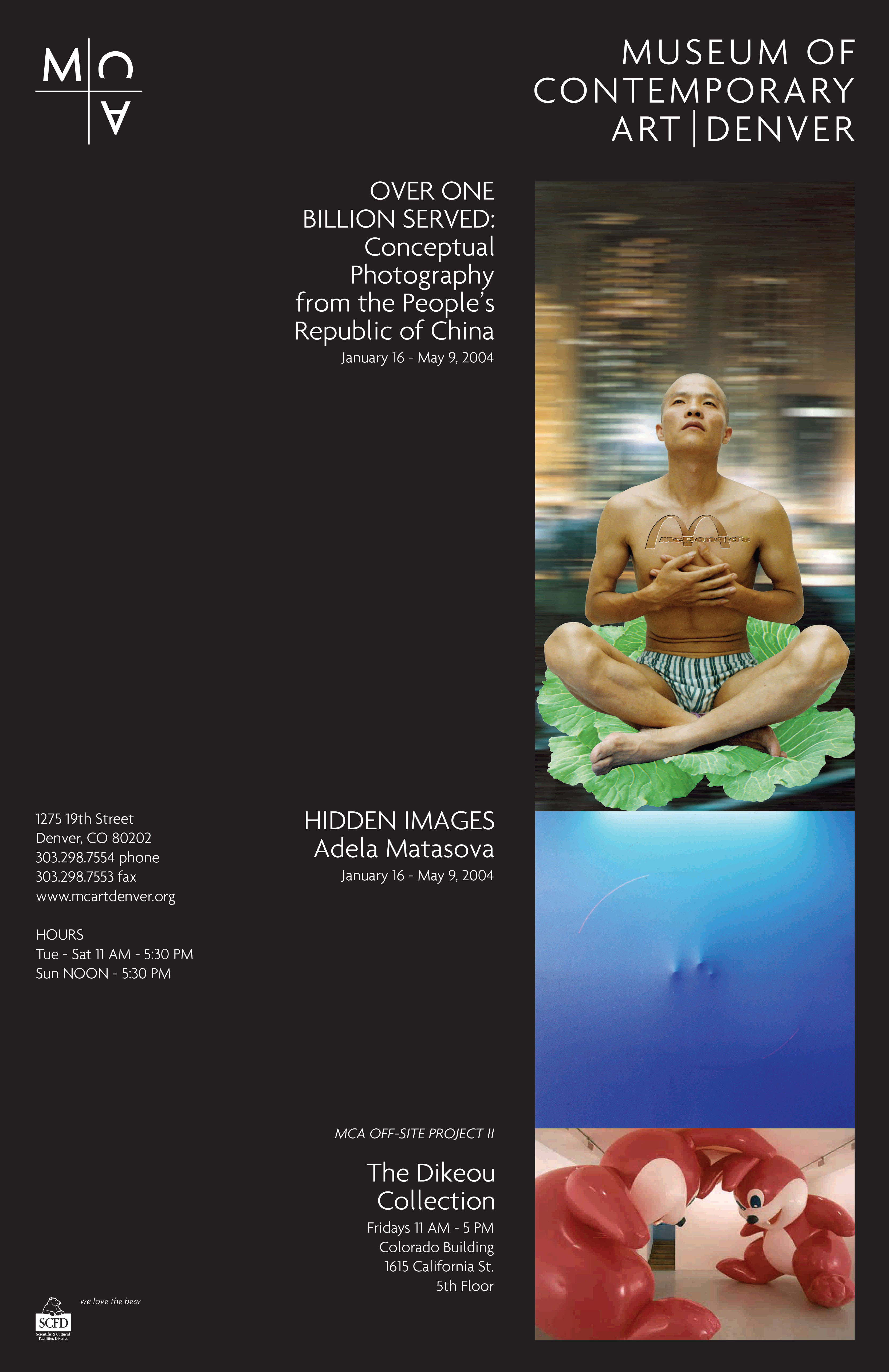 Within the final year of MCA Denver being housed at Sakura Square, Cydney Payton bid farewell to the home of seven years with two exhibitions. The 2006 Decades of Influence: Colorado 1985 - Present, an ambitious show of Colorado-based contemporary artists that had been instrumental in shaping the creative region from 1985 to 2006. Followed by the EXTENDED REMIX exhibition, Payton’s riff on the exhibition Decades of Influence: Colorado 1985, that interweaved thirty artists who ranged from more established, to mid-career and emerging artists living and working in Colorado, giving a taste of the dynamic and growing Colorado art scene.

In October 2007, under the leadership of Cydney Payton, MCA Denver opened its new, 27,000-square foot, environmentally sustainable facility designed by acclaimed architect Sir David Adjaye OBE of Adjaye Associates (UK). The building, Adjaye's first U.S. museum commission, was designed to minimize boundaries between the exterior spaces of the city and the interior galleries of the museum. 1485 Delgany became the permanent building for MCA Denver. Anchoring it as an innovative forum for contemporary art that inspires and challenges, creating connections across Denver and the contemporary art field, to spark curiosity and conversation about the art of our time.

Stay tuned for more MCA Denver history in the coming months. And a huge THANK YOU to Michael Paglia with Westword for sharing some of his reviews of former exhibitions!

**Updated Correction: Thank you to Mark Sink via Instagram for the historical correction on the first exhibition at Sakura Square.**