Throughout the month of March we celebrate Women’s History Month! It is a dedicated time in the year to recognize the monumental impact women have made to the United States in history and contemporary society.

In celebration of Women’s History Month, we asked our staff to share artists/creators who have impacted their lives or inspired them in some way. 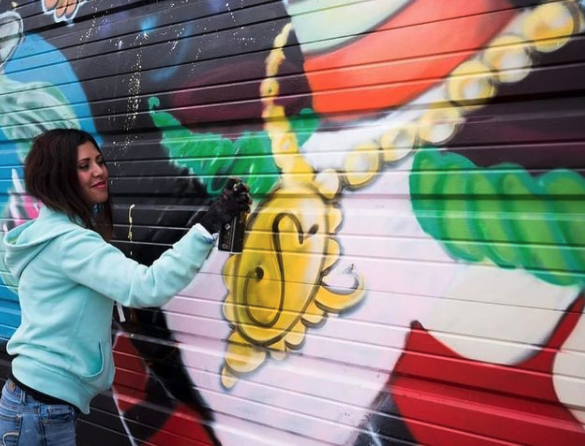 Seymon Gurule, otherwise known by her street artist name, Uc Sepia, is a native Colorado Chicana graphic artist responsible for several colorful murals of female figures which can be spotted around Denver and especially within the RiNo district. Gurule graduated in 2010 from the Art Institute of Colorado with degrees in both Graphic Design and Interactive Multi-Media Web Design. She is, however, fully self-taught when it comes to the practice of muralism and the use of spray paint as a medium. Gurule has faced additional challenges in the creative world as a female artist of color and as a mother of three, but nevertheless has helped to decorate our Denver streets and to breathe life into our public spaces. 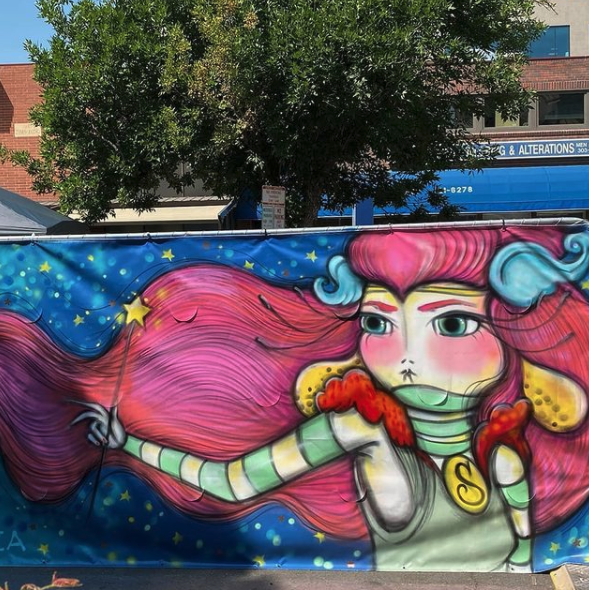 In addition to her murals, the artist has also dabbled in fashion, jewelry making and graphic design, though she is most well-known for her public murals and lingerie designs. She has worked in fashion design as a lead stylist in a 2019 fashion show competition called “Steam Punk” and put out nine designs worn by models. Gurule feels women should be empowered to embrace womanhood and our sexuality. When asked about her inspiration she describes powerful women characters such as Tank Girl, from the namesake comic book series. Female empowerment is most certainly a main theme within all of Gurule’s work. 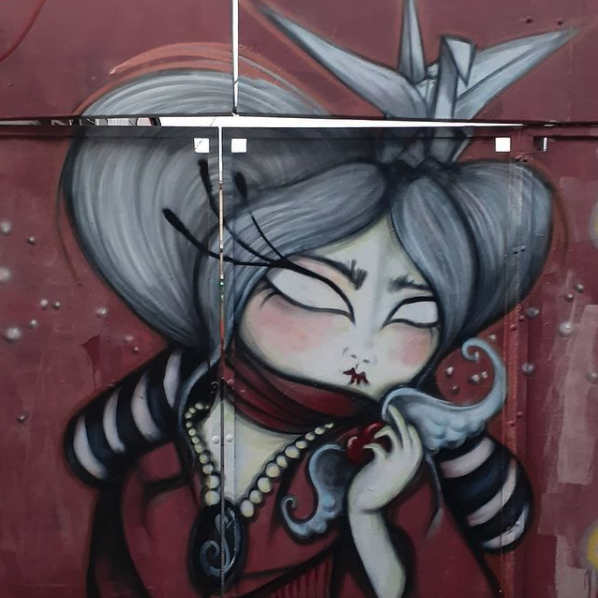 Within her work, Uc Sepia has constructed a world all her own, which she has dubbed Capsule Oz, and in which her imagined characters can live. The women in her work, which she has named ozjuahzians are described as warriors, queens, and guardians. They couple with what have been described as power animals, named okras, phisazians and widaudis. These figures began from a simple sketch and have grown into complex large paintings and an unmistakable aesthetic style. Gurule ascribes her love of the arts to the growth from a childhood infatuation with drawing. It wasn’t until much later, however, when she picked up a can of spray paint for the first time that she found her love for creating murals. 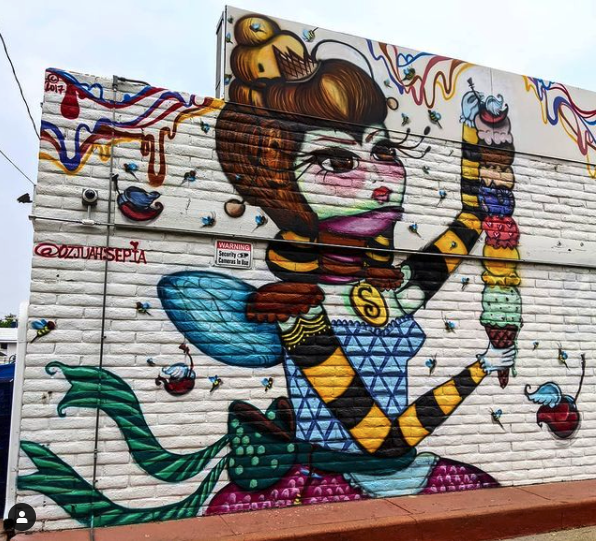 Uc Sepia has been working in muralism since 2007 and has since made many additions to the streets of Denver, quite the accomplishment as graffiti and street art are both widely male dominated. Her eye-catching murals are alive with vivid color and hold a whimsical, almost psychedelic feeling. Her murals can be identified through their unique style, consisting of long eye-lashed and wide faced female figures, sometimes having more than one set of eyes and draped in colorful and often stripped clothing and environments. The women in her work are often seen in pairs or overlooking a colorfully painted scene, motivations of her characters are not made clear as they hold a blank expression. Often included in the paintings are other objects that add to the whimsical nature of the works, such as balloon dogs, cacti, fish and jewelry. They transform the spaces around them from what was once a blank wall and empty city space to something to be admired. In addition to murals, and fashion design, Gurule also works in acrylic on canvas and has recently been working in recycled materials in respect to her jewelry practice.