June is Pride Month! It is a time to honor the 1969 Stonewall uprising in NYC, which is considered the tipping point for the Gay Liberation Movement in the United States. Throughout the month, we will honor and celebrate Pride by telling the story of some of the achievements of LGBTQ+ Americans to this country’s history and culture.

We asked our staff to share artists/creators that have impacted their lives, as well as have made an influence on American arts and culture. 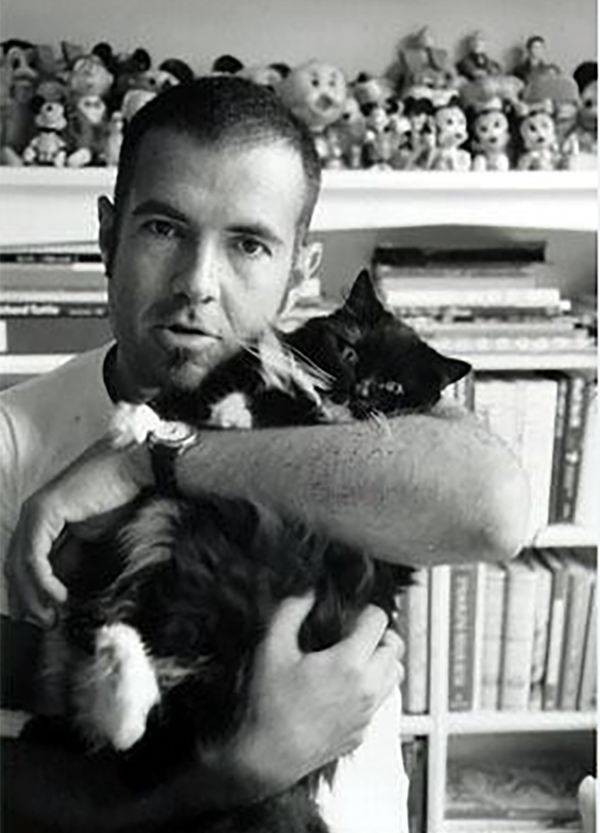 My favorite artist is Felix Gonzalez-Torres. Felix died of AIDS in 1996, after his partner Ross  Laycock succumbed to the disease in 1991. Although Gonzalez-Torres is best known for his portraits of Ross rendered as a pile of 175 lbs of candy (Ross's weight before he became sick with AIDS), which is meant to be taken from the gallery piece by piece by visitors, symbolizing Ross's slow decline, but also giving each visitor something sweet to take with them – a little gift.

Since it's the day after Memorial Day as I write this, I am taken by Felix's stacks of paper Memorial Day Weekend and Veterans Day Sale. With their clean lines and rectangular shape, they recall the minimalist monolith sculptures of Donald Judd or Carl Andre, but they too slowly decline as visitors take from the stacks a single sheet at a time.

I like this article from the New York Times talking about Gonzalez-Torres' work at the Venice Biennale, where he was selected as the United States representative posthumously. Roberta Smith is much more eloquent than me.

Tough Art With a Candy Center

An artwork that continues to resonate with me over the years is the installation Remember the Upstairs Lounge, 2008 by New Orleans-based artist Skylar Fein. It’s an incredibly powerful interpretation of a queer space and a historic event. The installation focuses on the deadliest fire in New Orleans history, which tragically took the lives of 32 individuals when a gay bar in the French Quarter was set ablaze in 1973. Thanks to the foresight and generosity of Fein, the artwork now resides in the collection of the New Orleans Museum of Art (I was proud to be NOMA’s modern and contemporary curator when the work was acquired). For me Remember the Upstairs Lounge exemplifies how history in the hands of artists can push difficult conversations further in extraordinary ways, and for some, create a path towards healing.

Some excerpts by Charlie Tatum about the work:

Instead of faithfully re-creating the interior of the UpStairs Lounge, Fein has conceived what he describes as a “fantasia of gay culture,” to avoid oversimplifying the story of queer life in New Orleans as one of strife and tragedy… Remember the UpStairs Lounge advocates for complicating the stories we are told, rather than resolving them into mere history, in order to better draw lessons from them.

A Fire Killed 32 at a New Orleans Gay Bar. This Artist Didn’t Forget.

Tending The Fire: Skylar Fein at the New Orleans Museum of Art