On Saturday, September 10, Westword Music Showcase goes down at Mission Ballroom and this year, MCA Denver has joined the festival as a sponsor of the pop-up stage, Street Stage presented by MCA Denver.

Curated by Roux Black of Roux Black Consulting, the Street Stage presented by MCA Denver will showcase some of the city's best artists in hip-hop and R&B. Hosted by the amazing production team, Munchies & Mimosas, it will feature acts like LKeys, KDJ Above, Trey Triple A, Trayce Chapman, Ray Reed, TheyCallHimAP and more. The day is sure to be a beautiful celebration of culture, music, and art. The showcase takes place just under a week before the much-anticipated exhibition, The Dirty South: Contemporary Art, Material Culture, and the Sonic Impulse opening on September 16 at MCA Denver.

Roux Black has been producing some of the city's best top hip-hop performances for over a decade and has created space for amplifying and celebrating the hip-hop community in Denver. I had the opportunity to chat with Roux about creating space in Denver’s music scene for hip-hop and the exciting acts set to take the stage this weekend. 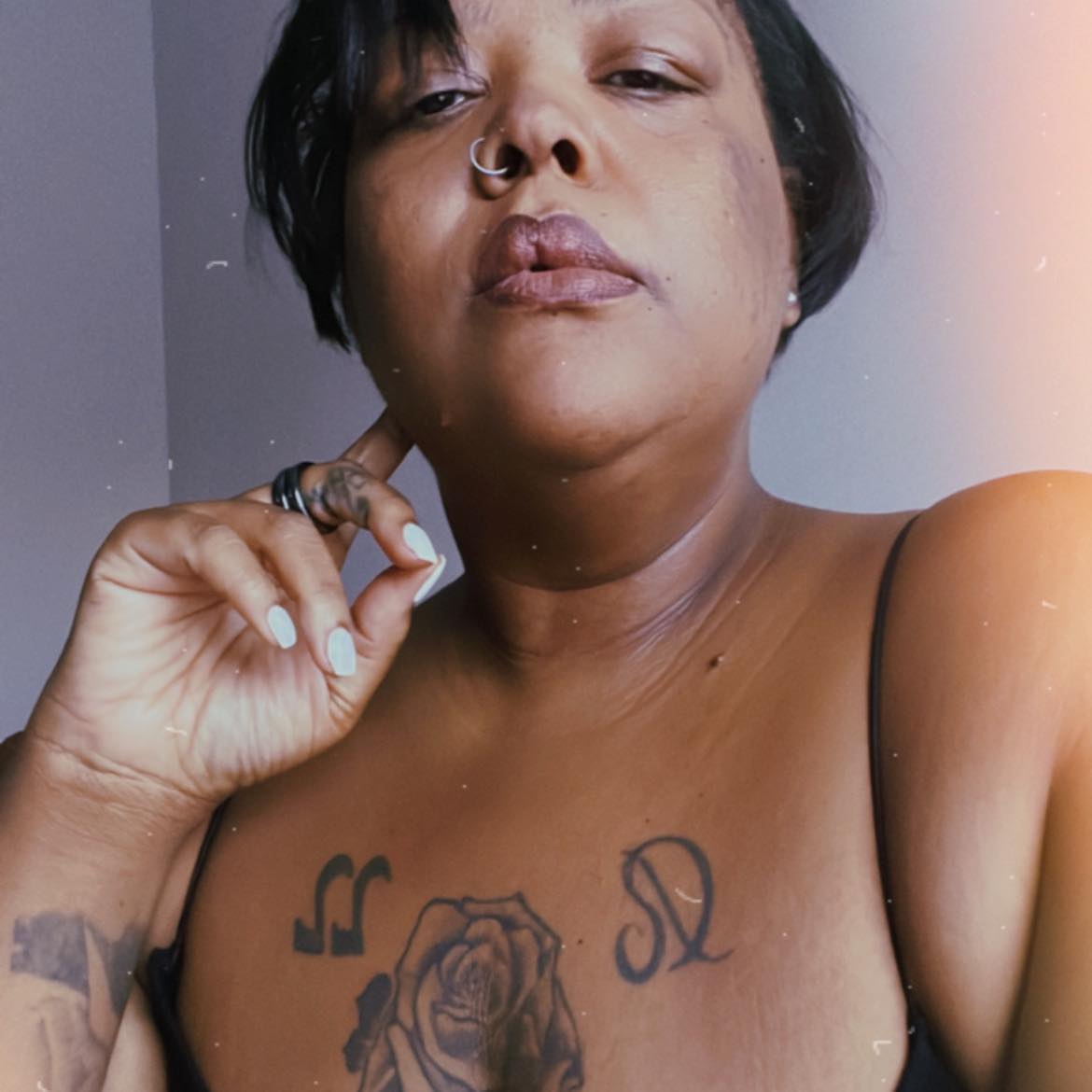 Hi Roux! I know that you've been a fixture in the Denver music scene for a while. How have you seen hip-hop performances transition over these past few years that you've been in the business?

Well, I'm gonna speak freely and candidly with you because that is what's necessary. This is gonna come out pretty raw, but I am blown away every single day by how many resources and opportunities there are available in this town, yet how the bureaucracy and red tape, and in some cases, the covert racism, keeps that from the folks who really need it. I have, what some might call accomplishments under my belt, yet still, find difficulty accessing these resources and opportunities.

Facing those challenges, how have you produced performances, and have those shows produced the way that you want?

What does Denver’s music scene offer that other places don't?

I actually think that Denver has such a unique independent music scene because if you go to like Chicago, or if you go to LA, it's really difficult to demystify how this shit works. Denver really offers newness and there is excitement to the city. I think that artists are able to participate without feeling jaded. Denver has such a creative community that is designed to exist, regardless of whether anyone reaches what might be the pinnacle. So I think musicians come to live and thrive in Colorado in my personal opinion.

We’re excited to collaborate with the Westword Music Showcase and Street Stage at the festival this year. Could you share some artists who will take the stage on Saturday?

So, it's cool because typically a committee makes these decisions. But that committee is often made up of people who are not necessarily in our culture. And so, what happens is a lot of these really amazing artists will get overlooked because people don't even know they exist. I chose first and foremost to curate based on my preference of platform, meaning At’Eaze, for example, he's one of the first artists who's gonna play the stage. And when you see At’Eaze and when you hear At’Eaze, there's no confusion about why he's even an artist to watch. He has such a unique style. And what he talks about is so dynamic and he is true hip-hop. He might not necessarily reach people who are typically on these committees because he's so underground and so true to the formula that a lot of the mainstream music consumers may not have access to him.

Then I thought about artists who have really been doing it for themselves, like LKeys. LKeys is someone in the rap community and is very well known, but has never played Westword Music Showcase. I thought that was just a clear oversight and that it was time to bring him into the fold. I also just thought about some of the usual suspects like TheyCallHimAP, he's the best rapper that I've ever met. He is such an incredible treasure that we have access to and everybody needs to hear this dude string together sentences. I'm like, this kid must have been born with his eyes open. How does he even find all the time for these words? He's amazing. His kind of artistry can stand against many others, not just in hip-hop. Then, there are some other folks like Danae Simone and that's gonna be a classic soulful set. So I tried to think of everyone whose music I liked and what they represented and bring that together in a unique and cohesive way. 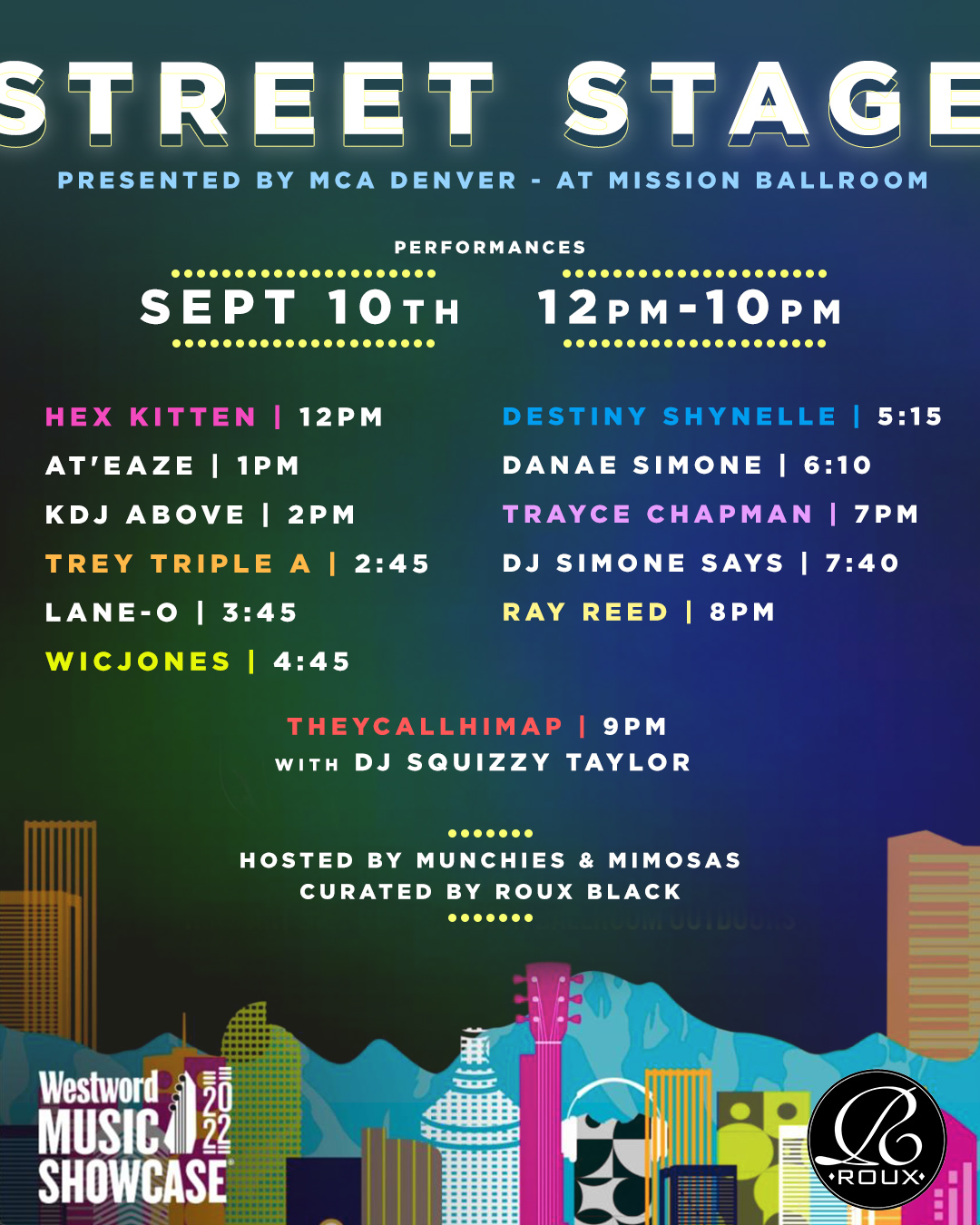 What's one thing you want people to know about Denver's hip-hop scene?

That it's thriving. I always use this example on these kinds of questions. So on Black on Both Sides album (1999), Mos Def opens it up by talking about how many people talk about hip-hop music like it's a beast that lives off on the hillside. He says, “People ask me ‘where's hip-hop going? And I always say, well, how am I doing? Where am I going?’” And when I think about that question as it relates to Denver, I think about that being the answer. Denver’s hip-hop community is going exactly where we're going. If we're going towards progress, that's where hip-hop is going. If we are going towards excess, then that's where hip-hop is going. If we're going towards camaraderie and connection then that's what we’ll see represented. This stage is gonna show that if we become immersed in the environment that creates the culture so many get to consume, then we'll see that we're all going in the same direction. So that's what I hope people will see.

Tickets are still available for this weekend. Click here to purchase and see the full lineup of acts set to perform at the Westword Music Showcase.

The Dirty South: Contemporary Art, Material Culture, and the Sonic Impulse will be on view from September 16, 2022 - February 5, 2023. For more information, click here.