Founded in 1994, brother jeff’s Cultural Center has been a celebrated establishment within the Five Points community as a place for fostering education and sharing voices through the exploration of visual and performing arts, programming and community-organized events. We had the pleasure of interviewing Jeff Fard, better known as brother jeff, to learn more about his work in fostering connection and development within the community, not only through the work of the Cultural Center, but also through his national lectures on cultural identity, history, and self-empowerment. 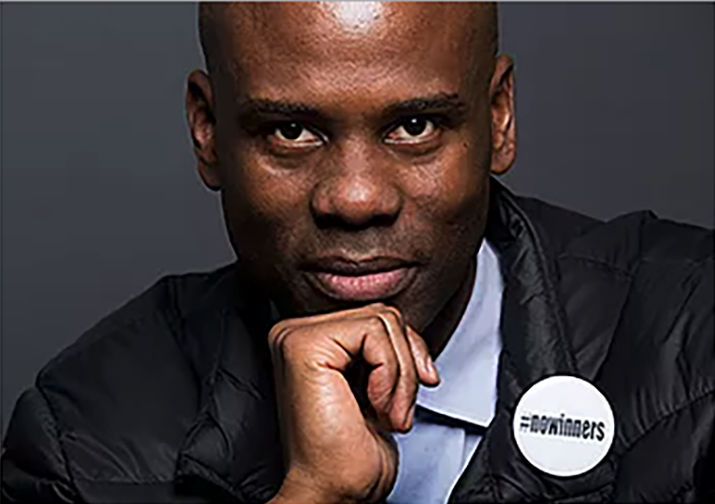 brother jeff’s Cultural Center has been in the historic Five Points area since 1994. Can you share what inspired you to create the Center?

This was a time of intense Los Angeles-style gang violence in Five Points and Northeast Denver. The term Summer of Violence was very real, not only in the summer but year-round. Youth began to go to the local mortuary to pay for their funerals in advance.

I grew up in Northeast Denver and drugs, gangs, and violence was not part of my childhood. As such, brother jeff’s Cultural Center was created as a safe space with literacy and a greater appreciation for culture and the arts. We began holding events that ran counter to gang culture while countering systemic reasons for destructive behaviors. We became well known as an open gathering place that featured spoken-word poetry, HIP HOP, study groups based in Black culture and achievements, and hosted countless workshops and leadership programs.

What is the mission of brother jeff’s Cultural Center?

The mission of brother jeff’s Cultural Center is to provide a space where those entering the space are valued, appreciated, and respected for who they are without an intent to create group think or group personalities. We respect individuality and the beauty that everyone brings to the community. We are heavily involved with closing health disparities in the Black community and particularly focus on mental health as well as HIV/AIDS.

How and when did your radio program get started? When and where can people hear your show?

I have a long history in radio and was mentored by the legend James “Dr. Daddio” Walker, founder of Denver’s Black-owned radio station 1510 KDKO. Journalism and communications are my primary field of endeavor. I publish 5 STAR News aka 5 POINTS News and host a very popular daily show on Facebook.

There are few Colorado political, social-civil, and community leaders that have not been on my show. I have hosted my national political figures, most well known are Bernie Sanders, Pete Buttigieg, Elizabeth Warren, and more. My interview with Buttigieg made national headlines and was one of Washington Post’s top moments of 2020. I passed him an imaginary “air joint” to see his response to cannabis. Buttigieg’s response was deemed hilarious as he attempted to pass it away as fast as possible.

During the pandemic, the Cultural Center was not able to open its doors to the community. How were you able to stay connected with individuals that you serve at the Center?

We had already been doing virtual work for years. Therefore, that element continued with no problem. In fact, we became a leader in virtual events, conversations, workshops, etc.… This was an example of being ahead of the times. That worked out well for us. We also were able to continue our outreach work in the community. We are not only a place where people come for services and resources, we do much of our work outside of our walls. Many of the people we reach are unhoused and occupy the tents that have become far too familiar in Denver.

The main difference to our programming was providing more free food than we had in the past. We were able to feed thousands of meals prepared by Black chefs we hired that lost their restaurant jobs due to COVID. We also paid hazard pay to those who work for brother jeff’s Cultural Center and never missed a payroll. This was due to continued community support and generosity from funders and individuals we never had engaged with in the past.

Five Points is seeing a lot of development and change within the area. How do you feel about this and how do you see this change affecting the community?

I believe a community should have a mix of all incomes and backgrounds. Sadly, Denver seems to be moving in the direction of the “haves” at the expense of the “have nots.” What was once seen as the beautiful fabric of a community is being washed away in favor of corporate investment and developers with little more than economic ties to the neighborhoods where they extract profits. I coined the term “Mile High Income City” and it applies to everyone regardless of race. If you can not keep up with the cost of living, you can’t live here. That’s sad. Some call it progress, I call it policies in favor of a select few. If you are able-bodied and young, you can jump on a rented scooter and get around. If you are a senior, you will struggle to be in the very city most have helped build and have been thrown away.

Many ask what can be done. I say, elections matter. Policies at the local level can be felt and changed with coordinated participation.

You recently did a TEDxMileHigh talk titled What is racism, really? And how do we end it? You talk about four steps to erasing racism. Can you share with us a bit behind the principles that individuals should practice to change a person's preconceived notions of race?

Race is a social construct that can be deconstructed. However, every society is based on who is in and who is out. Race serves that function in the United States. I would encourage everyone to take a look at that TEDxMileHigh presentation and make a decision regarding the type of world they want to live in. This is not an easy decision because of the real or imagined costs involved. Dr. King envisioned a world based not on race but the content of one’s character. Those words serve as a guidepost to what I posit in my talk. 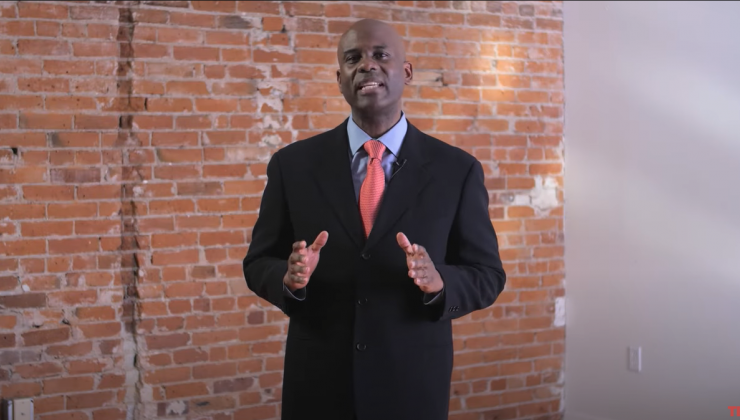 Are there any programs happening now or opportunities for people who may not know about brother jeff’s Cultural Center to become involved that you can share?

We will continue to have critical conversations around race, equity, and inclusion. The Black Lives Matter movement has opened a world of possibilities and I believe more people than ever are ready to confront race and take down silos. I am more than excited to be part of those engaged in ushering in the new world based on common humanity.

What are you looking forward to for the remainder of this year?

We have been raising awareness regarding the Genocide in Tigray. The Rwanda Genocide lasted 100-days and the world said, “never again.” It has been over nine months where women are being systematically raped, hunger is used as a weapon, and civilians are being openly murdered in Ethiopia. The work of brother jeff’s Cultural Center is known nationally and internationally and we look forward to our geo-political viewpoint.

We are also excited to see people interacting responsibly as we engage in a post-COVID world. The Center has served as a trusted COVID-19 vaccination space and we have been responsible for countless individuals getting vaccinated. This work is based on access for all. Therefore, we will never tell anyone what they must or should do concerning their health. We will continue to provide accurate information and open our doors to those who choose to be vaccinated.

Available through the MCA Denver shop, you can purchase exhibiting artist, designer, and activist Rick Griffith’s exclusive new print on nonviolence and activism. All proceeds from the sale of this print will benefit brother jeff’s Cultural Center in Denver’s Five Points neighborhood.