For our next studio visit, we ventured to an area on the outskirts of the city, a place with aged warehouse buildings and a picturesque old saloon. The incredibly accomplished Clark Richert met us with coffee and cream in his hands and greeted us at his studio door with a deep, billowy voice. Richert is a great storyteller. We rummaged through old photographs and notebooks filled with drawings, while listening to many of his stories of years past. 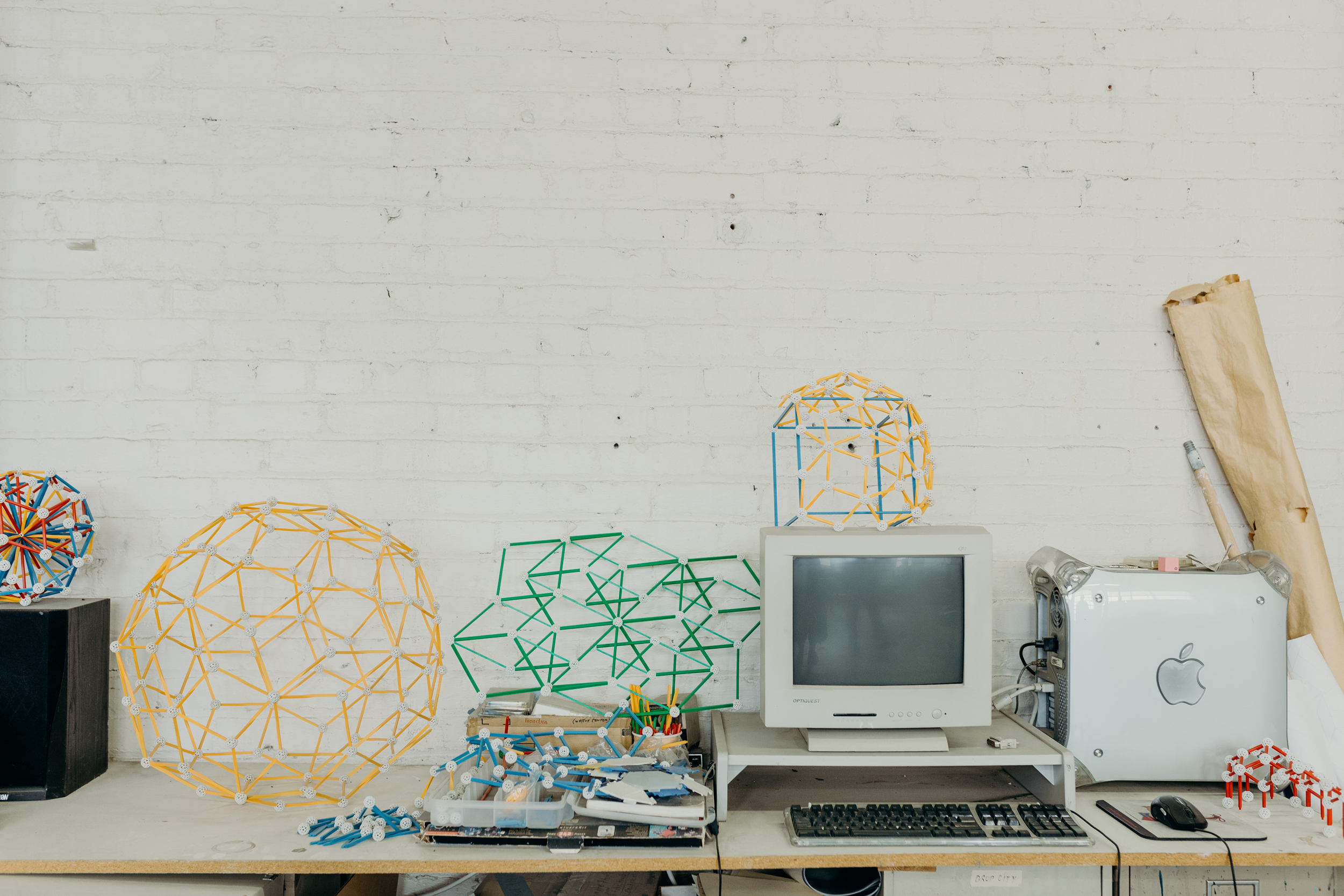 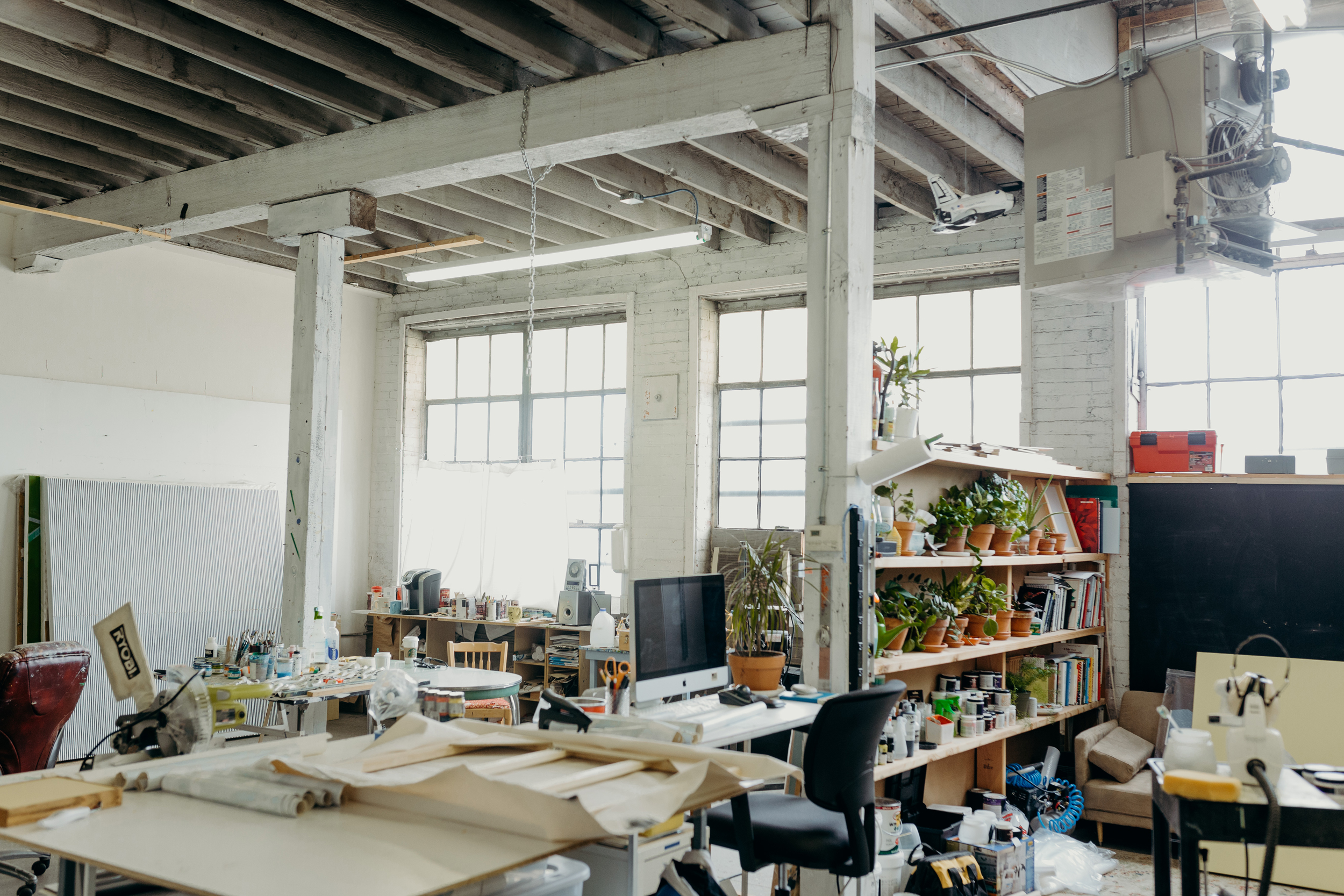 For Richert, it was somewhat of a decision to become an artist. He said:

“I remember the minute when I made the decision. I was in a bookstore and I was going through their new books and there was one called, The Dictionary of Abstract Art. I wondered, what is abstract art? I opened it up to a page with a Rothko print on it, and I was really puzzled by how that could be called art, so I bought the book and then I read the book, and then I think I became Wichita’s expert on abstract art. Then, of course, I lost the book.” 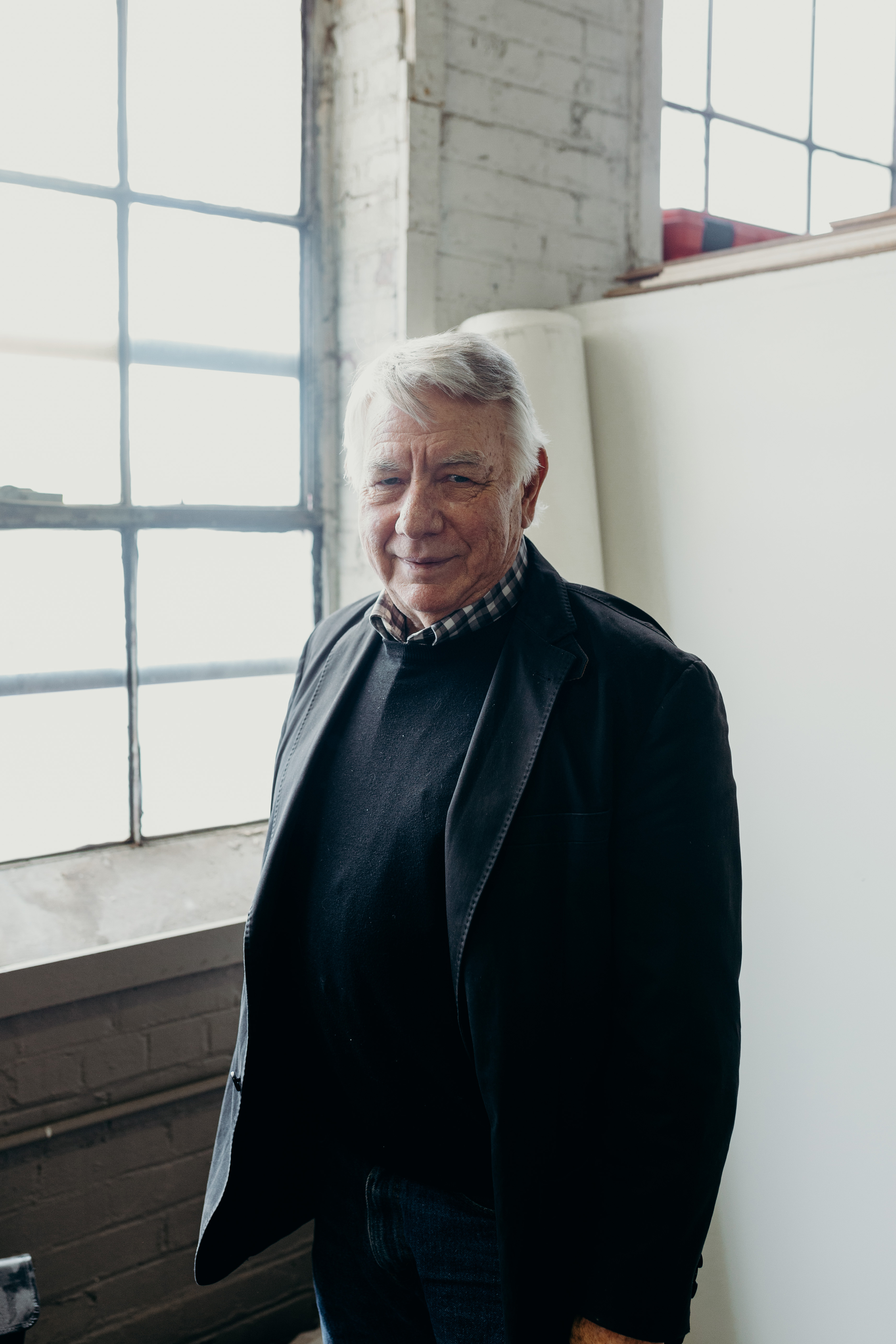 As he recounted how he has evolved as an artist, he told us about the geometric models in his father’s office that captivated him. His father was a high school teacher who primarily taught geometry. Richert was completely fascinated by the models from a very young age. There are many geometric models of varying shapes, sizes and configurations scattered around his studio space. When he finally pursued art professionally, science and math were integral to his craft. He recalled:

“When I was in high school I was trying to paint these little Rothko paintings, and they were really truly horrible. Then, by the time I went to college I switched over to de Kooning, but I didn’t know I was trying to be “de Kooning,” even though I would try and make my signature look like de Kooning’s. As soon as I went to college I wanted to pursue art as a career, but I didn’t expect to make any money. In my generation nobody was making any money, they just wanted to be an artist.” 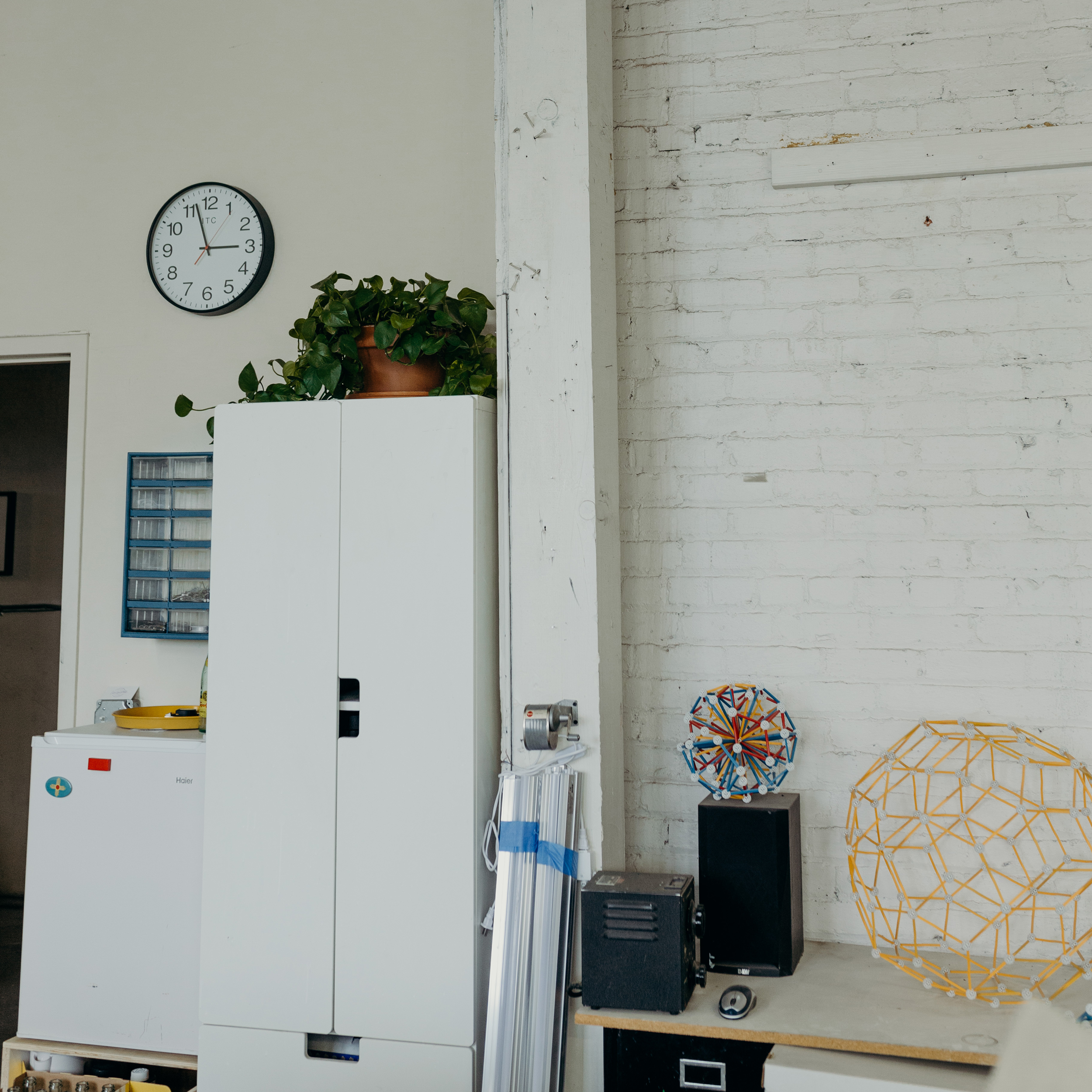 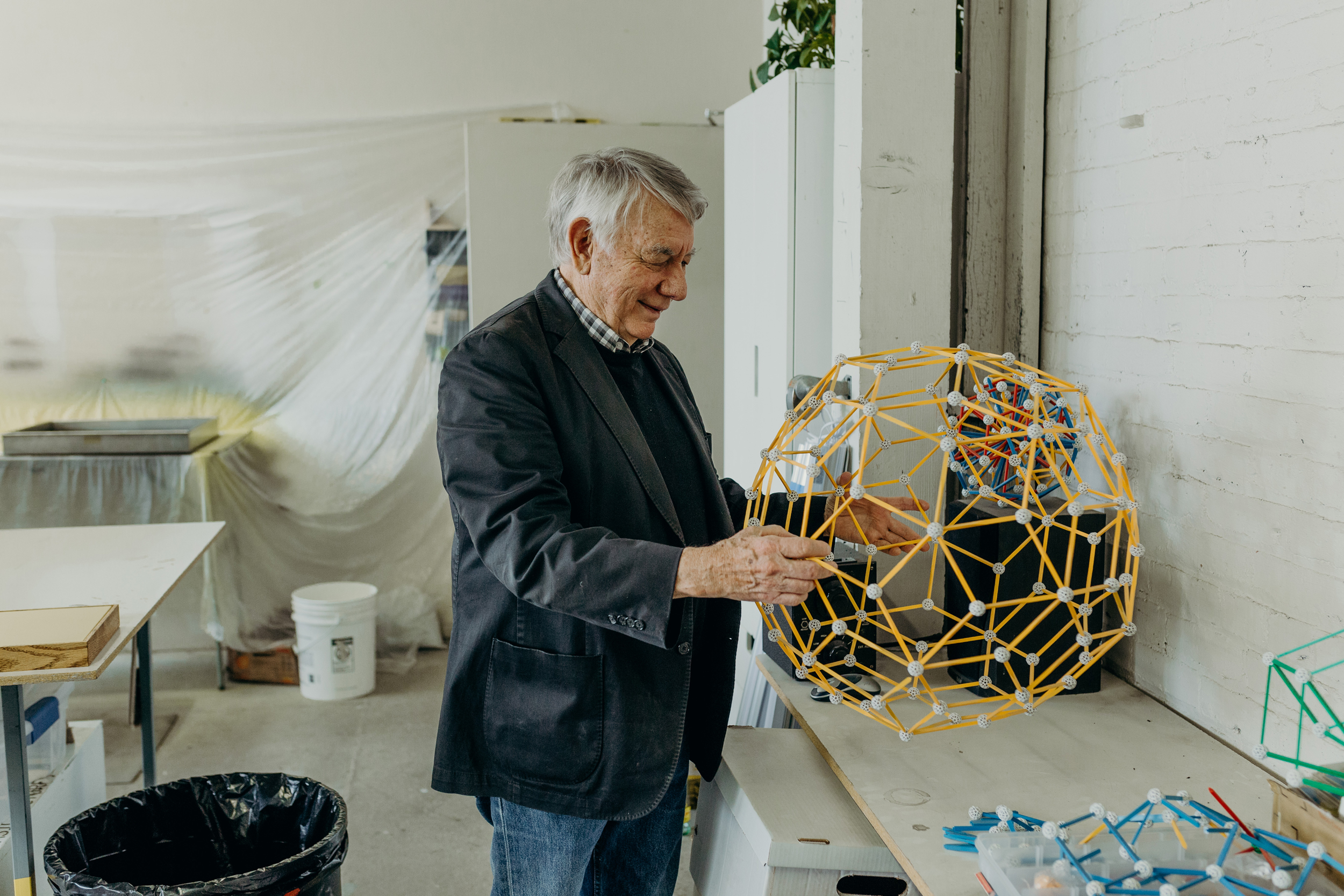 Much of our time with Richert was spent discussing one of his greatest achievements and undertakings: Drop City, an artist commune that Richert, filmmaker Gene Bernofsky, and artists JoAnn Bernofsky and Richard Kallweit started near Trinidad, Colorado on a property they purchased for $450. It remains one of the most renowned artist communities to date. 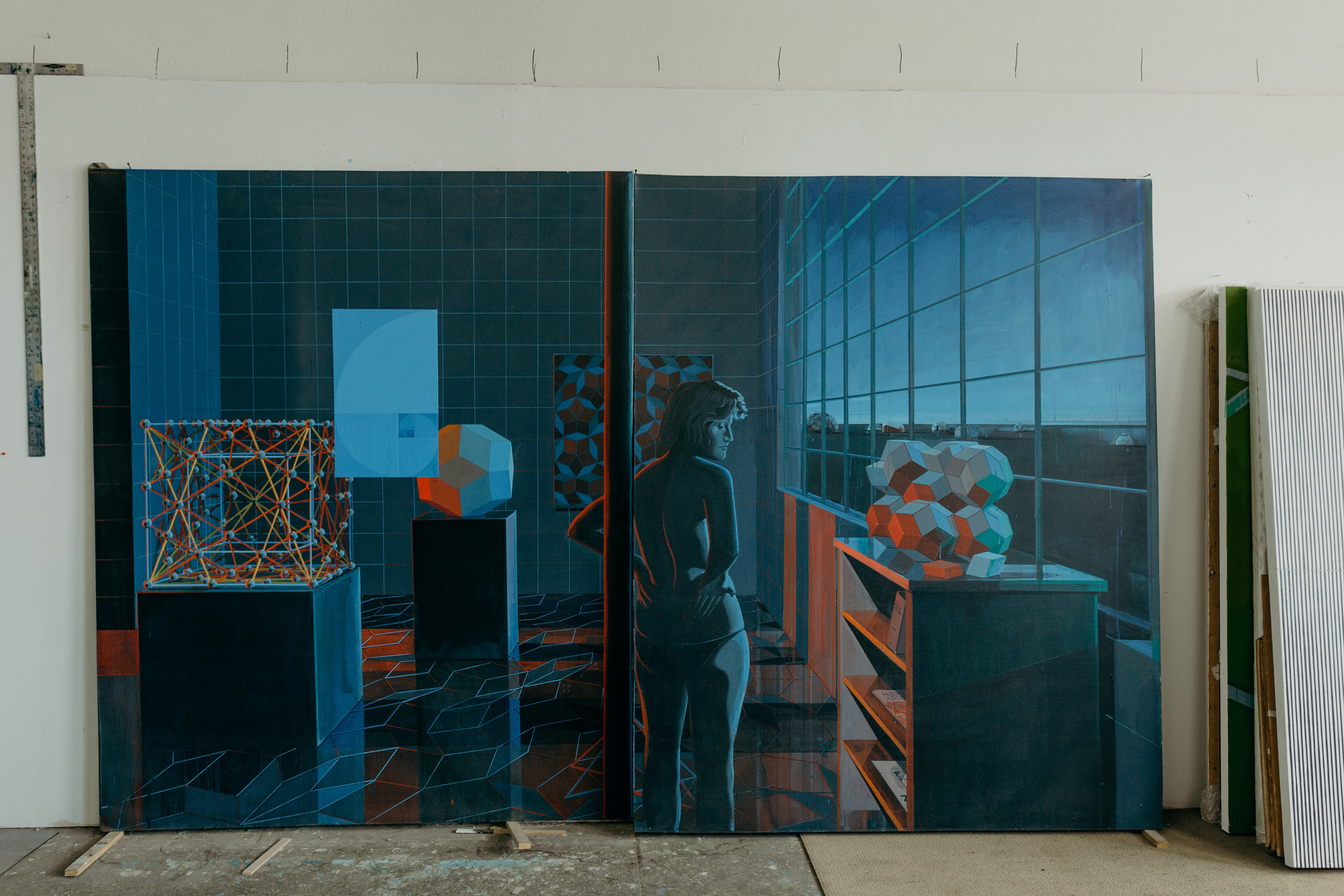 In the first winter at Drop City, Richert was the only resident. He built a theatre dome all by himself, with the idea of having 360 degree projections all the way around. With no prior building experience, he and the others learned as they went, taking unprecedented steps in their lives and artistic endeavors. They built geodesic domes without having a clue how to build them, including one of the first solar heated houses in Colorado.

As Richert recalled the three years he lived at Drop City, he said there were 14 people in the legal group, but everybody was welcome. In talking about Drop City and being a “dropper”, Richert said:

“I hated the word hippie, and we got called hippies all of the time.” 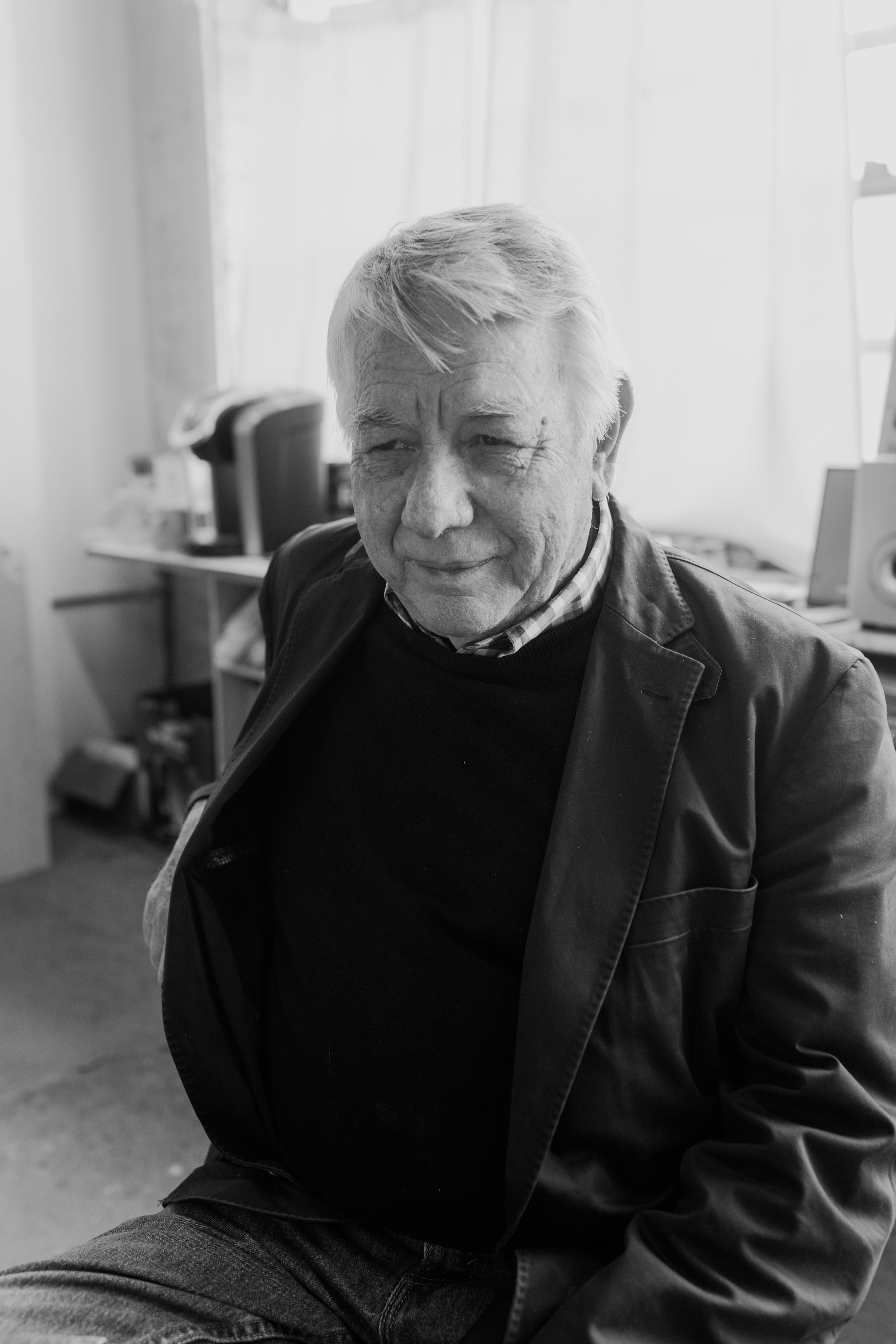 At the time, popular opinion dismissed the group as acid-dropping hippies. Many thought drop referenced dropping-out or dropping acid but Richert told us it did not mean either of those things. He said it was a reference to drop art. When we asked him about what drop art was, he told us a story about its origins. He said:

“One of the people (Gene Bernofsky) that I started Drop City with lived with me in Lawrence, Kansas when I was at school. We would go on the top floor of a building on Main Street, and we’d go up to the roof and paint things and drop them down and watch the way it’d affect the passerby. We got more and more into it and we started calling it drop art. Then we decided everything we did was drop art…we had unwitting spectators. Drop City was a work of drop art.” 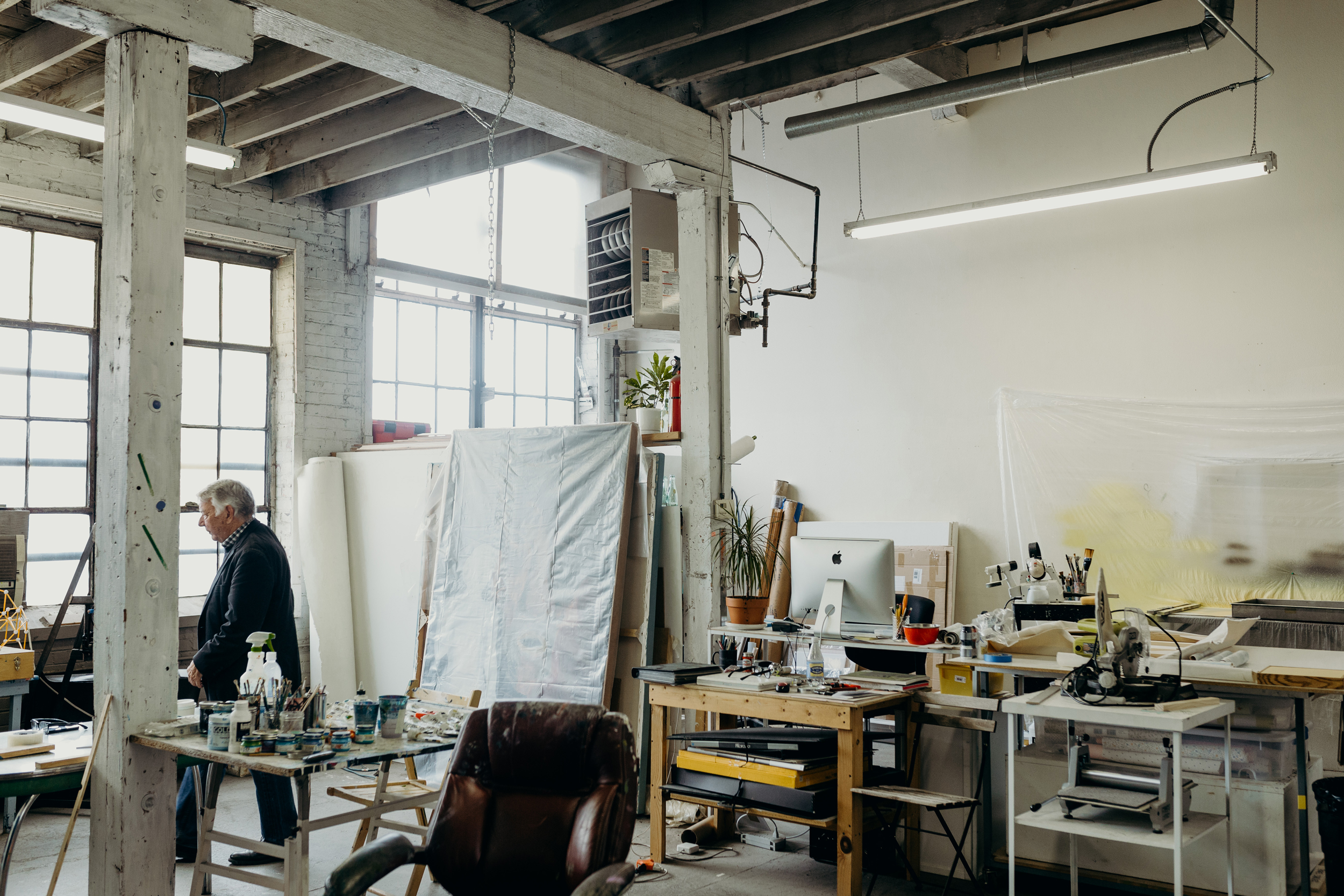 In wandering around Richert’s studio space and in viewing his art, it is evident that the domes and structures that were once made out of car tops at Drop City have inspired him throughout his career. In addition, much of his practice and the works he creates now are based on the periodic table of the elements, geometry, and other patterns found in nature and mathematics, such as tessellations. Including the works he contributed for the Octopus Initiative, he describes:

“The works are not a series. Over the years I’ve been creating drawings. I’ve been drawing them for years never thinking I would ever show them. But I didn’t throw them away either, because I liked them. Some of these drawings date back to Drop City times.”

Those that live with Richert’s artwork could be sharing space with an artwork that was created in 1965, in the glory days of Drop City. 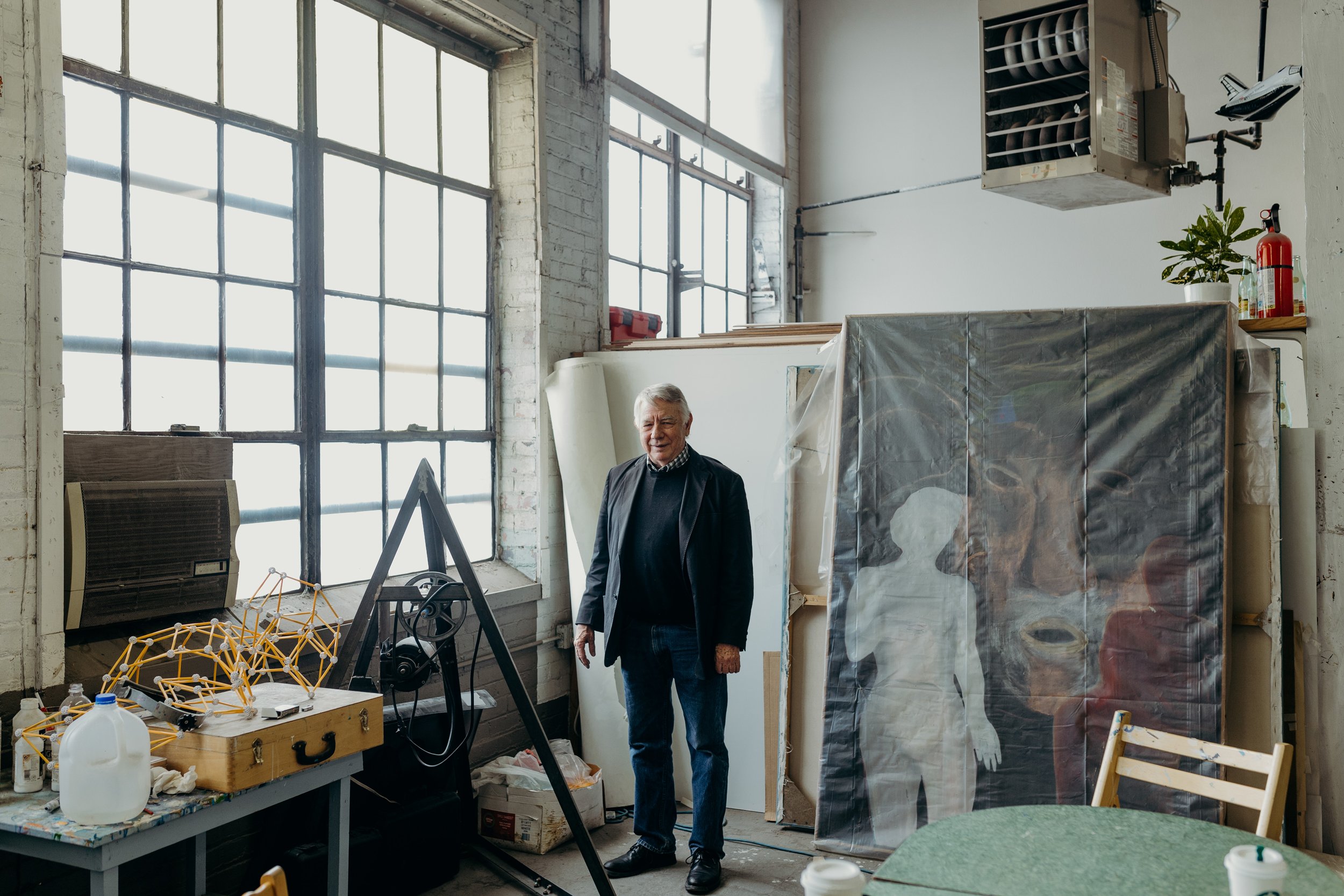