MCA Denver’s B-Side Music Fridays returns in July with a fabulous line-up of amazingly talented local musicians ranging from surf rock and electronic to hip hop and dreamy soundscapes. On July 22 MCA Denver welcomes Lolita and N3ptune to the museum’s rooftop. Get your crew together and come enjoy Friday nights this summer with crisp libations and solid grooves.

What is the origin story behind N3ptune?

I’m a wedlock baby haha! The Black Sheep, but I’m not sheople. I’m the descendant of a seamstress and a composer. I come from a lineage of the musically inclined on both sides.

How long have you been performing in Denver? What is your favorite thing about the Denver music scene?

I’ve been performing out here for 6 years now. Since the summer of 2016, I’ve gone from playing karaoke nights to playing Red Rocks. What I love most about the scene here, is a pro and a con. There’s no industry here, meaning there are no rules! I take FULL advantage of that, and I love it because I’ve been able to create my own blueprint!

Where do you find inspiration for your music?

I find inspiration in EVERYTHING, but Blackness is the core of what inspires me! There’s nothing more inspirational than a Black Woman. The way she walks, the way she talks, the way she carries herself, her confidence, her vulnerability, her resilience, her vibrance. She is the origin, the blueprint, and the foundation. I’m influenced by provocation, precision, and detail. I’m drawn to cinematic sounds, striking visuals, social consciousness & spirituality.

Who are some artists/creators that are influential to your musical practice?

Little Richard impacted the nature of my creativity from a very young age. Because of James Brown, Michael Jackson and Prince came into their own. Because of them, Beyoncé has come into her own. Then I come along, and I take notes from all of them. At the root, Gospel, Blues & Pop are the core of what has shaped my approach to music. Artists such as Mahalia Jackson, Big Mama Thornton, Howlin Wolf, The Clark Sisters, and Lady Gaga are foundational for me. I’m heavily influenced by Jay Z, Kanye West, Pharrell, Solange, The Weeknd, XXXTENTACION, Kendrick Lamar, SOPHIE, Lana Del Rey, Kid Cudi, Che Ecru, Travis Scott, Marilyn Manson,  etc. I could go on forever to be honest haha!

Music can be an immersive experience. How would you describe your sound as a texture, a scent, or a taste?

I would describe the music I make as a good ol’ fashioned seafood boil. It’s eclectic and has variety, but it’s all cohesive. And not a restaurant boil, I’m talkin’ bout the cauldron on the front lawn, kind of boil haha! It’s not bland, it’s seasoned as hell and explosive in flavor! Not to mention, Black as hell!

What should we expect from your performance?

VARIETY! Rusty Steve continues to challenge me musically, so we make it a point to showcase that we don’t need tracks to give a timeless show. There are highs, mids, and lows that make for a freeing experience. Also, FASHION!

What are you excited about for this year?

I’m energized to do what I love full-time! I am wildly grateful for this stage of my life. I’m looking forward to going on tour and gaining new knowledge and experiences that I can teach my mentees. 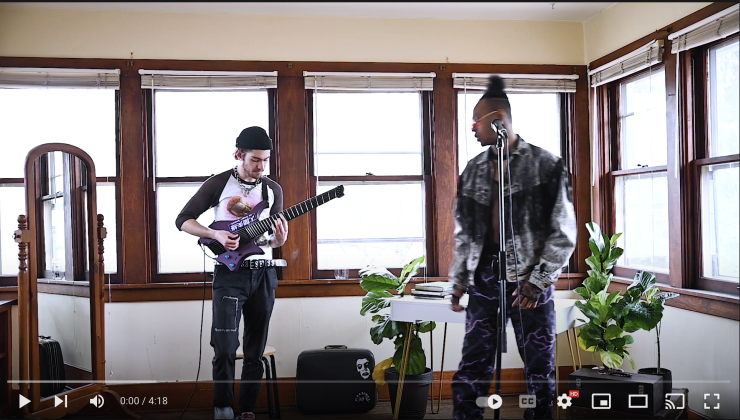 What is the origin story of the musician Lolita?

Music was always a passion of mine, although it was dormant for a while. Growing up my father played the acoustic guitar & sang beautifully; he still picks it up sometimes and graces us with a song here and there. I dabbled in music as a hobby in my childhood, but I took a greater interest in poetry for the

majority of my adolescence. When it came time to decide on a major in college, I surprised myself and decided to major in Music Business. Once I graduated from university, I began to create and perform music. I struggled with imposter syndrome from time to time, but I eventually came to the inner knowing that there is no one on this earth like me, & my uniqueness is my superpower.

How long have you been performing in Denver? What is your favorite thing about the Denver music scene?

Where do you find inspiration for your music?

Who are some artists/creators that are influential to your musical practice?

Music can be an immersive experience. How would you describe your sound as a texture, a scent, or a taste?

Lolita’s music smells like amber, palo santo, & sage at sunrise. It tastes like chilled coconut water with a splash of lime sprinkled with pink Himalayan salt on a hot summer day & it feels like a cool mist of ocean breeze caressing your skin.

What should we expect from your performance?

An authentic & joyful atmosphere where the audience is encouraged to move their bodies and celebrate the now moment.  A call for unification and solutions to some of the challenges that our communities are facing. An invitation to enjoy the sounds, culture, and experiences that Lolita has infused in her music.

What are you excited about for this year?

I’m excited about all of the live performances this year. Shows have been bountiful in 2022 & I am grateful to perform my music for so many people! I’ve had a ton of amazing shows so far & I’m looking forward to many more! 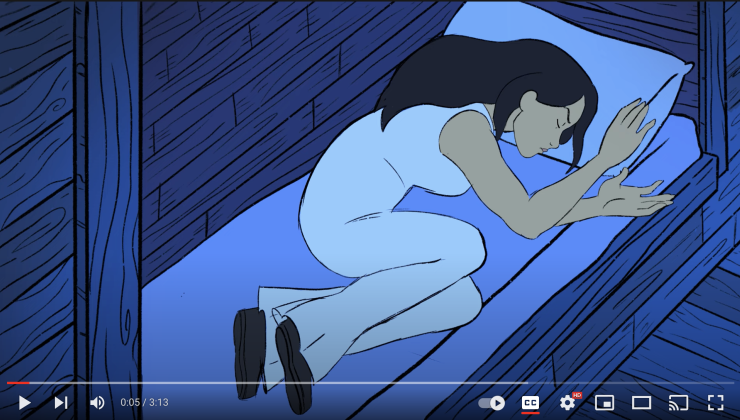 For more information and to purchase tickets to B-Side Music Fridays, click here.