Denver-based musician Neoma’s newest music video, TKM, debuted last week revealing a beautiful noir video of movement and structure, dreamy and smooth. I emailed Neoma and TKM Director, Hillary Thomas to learn more about the curation of the music video and the inspiration behind the song.

Hillary: Can you talk about the inspiration behind the video, TKM?

Movement was one of the largest sources of inspiration for this concept. After learning that both Neoma and her friend, fellow dancer Chris Najera, had dance histories, I asked Movement Director Lisa Engelken if she wanted to join the project. Rather than choreographing a routine, I was inspired by how Lisa encouraged Neoma and Chris to find their own style through various freeform techniques. We kept those methods throughout the shoot by giving the dancers prompts before takes, which created space for an independent style of dance to emerge.

Hillary: What made you choose MCA Denver as the location for the music video?

I was drawn to the building’s modern industrial architecture for this project because it felt like a clean page encouraging us to bring our own creativity and style into the space. We also needed a location that would bring the dance and band performances together as a cohesive concept. Beyond being the location for the shoot, I also hoped MCA would want to be a partner and support the project in other ways since it’s such a champion of the local creative community.

Hillary: The aesthetics of the music video and the choreography is quite lovely and complement the song and use of the museum space in a beautiful way. What was your creative process when it came to directing TKM?

The Director of Photography, Will Gardner, and I scouted at MCA a couple of times leading up to the shoot to talk through the scene and lighting setups. After visualizing how everything would play out, black and white felt like the obvious choice because the space has so much natural contrast – like the tall MonoPan gallery walls and dark concrete floors, to the black railings elongating the white ‘hidden staircase.’  Will also wanted to shoot with large, hard light sources, which projected crisp shadows that felt like their own characters (even more so in black and white). We worked with the colorist, Jonnie Sirotek, to create a custom LUT (or color preset) so we could work with the lighting and styling in black and white during the shoot.

Neoma: Do you find songwriting/composing music allows you to be expressive in a different way than communicating your feelings (emotions) verbally or through other forms of art?

As a bilingual person that sometimes struggles with English, since it's my second language, songwriting definitely allows me to express my emotions better since I'm taking the time to put what I feel and what I think into the music, and create a song from it. I definitely think that it's a way for me to be in a more comfortable space, like mentally speaking, and it gives me the time to understand my emotions and feelings, how to translate that to what I want to say, and then put it onto paper and write the lyrics. Sometimes the process is great because it allows me to follow a melody with lyrics in Spanish and English. It feels like a superpower sometimes.

Neoma: What was the inspiration for the lyrics behind TKM? What does TKM stand for?

I think the inspiration behind the lyrics of TKM is definitely about two people, one of them is trying to understand the other person, and they are starting to realize that this other person actually has a dark past, dark thoughts, and is not who they thought this person was. That's why we use a lot of metaphors; Like, the night reflects your soul, we float in dirty water, it's one of the lyrics that I like the most from the song because we float in dirty water, It's like you're chillin’, right, you're just floating, but in dirty water, like there's chaos around you. You know, there's something kind of bad around you, something dark.

TKM stands for, I Love You. So, it's like all the things that this person is doing are bad, all the chaos that is around them, even though they have all these dark thoughts and feelings towards me, or this other person, I still love you. I still care for you.

Neoma: You have two singles out right now “Might Forgive You” and “TKM”. Are there plans to release a full album?

Might Forgive You and TKM are different from everything that I have put out throughout the last couple of years. These two songs were made from a jam session with my band. So it has this sound of me with the band jamming, and the band writing with me for the first time, and kind of replicating the sound of what they knew as Neoma from the past. The album's actually coming out around April, which I'm very happy about!. For this album, we worked as a band in the production part of things. I wanted to get more involved in the composing process. For me, it is usually better to write by myself, just the lyrics and the melody, and then I meet up with the band and they give ideas about adding instruments, changing the melody. This time, we worked collaboratively within the process.

Neoma: How would you describe the music that you create? What are the various influences that make up your current sound?

It's hard for me to describe my music sometimes because I feel like whenever I make a song, it's very different from a song that I've already made. So in this case, talking about Might Forgive You and TKM, they are completely different from what's gonna be on the new album. So, it's hard to describe my music in general, but I've heard ethereal and luxurious, or something that you can even hear in a museum, or an art exposition. I do consider myself more of an artist than a musician, because for me, making music is not just the music, but about the performance, about the show, about the music video. I would say that the influences, especially for Might Forgive You and TKM,  was a lot of funk-based music, probably Tame Impala a little bit. For this new album, I have all sorts of influences, from hyper-pop to disco, from Kate Bush to Arca, Lady Gaga, even Cher. I feel inspired by all kinds of music and different genres.

What are you looking forward to this year?

Neoma - Well, I have my album coming out this year. I'm eager to show all the growth that I've had throughout this year. I think that this new album really shows my potential as a songwriter and as a singer. I cannot wait to go on tour! We might have a potential tour to Columbia and Ecuador. And of course, we'll have an album release concert here in Denver. I cannot wait for people to listen to this new album and immerse themselves into this new Neoma world because it's definitely still me. It's definitely still my style. My voice is the same. It hasn't changed, but it's definitely more powerful, more confident. So yeah, very, very excited about the album coming up. 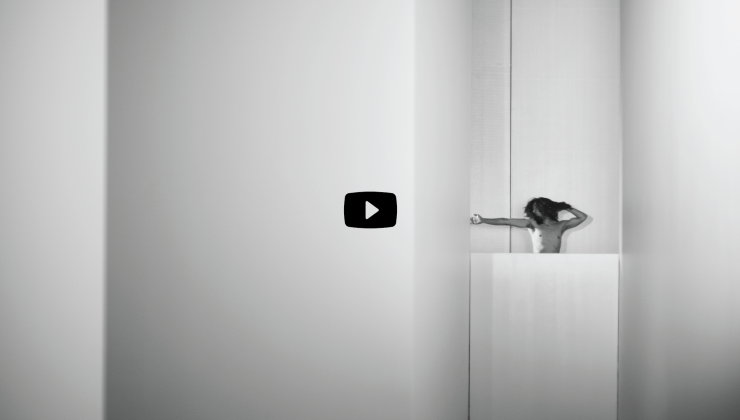