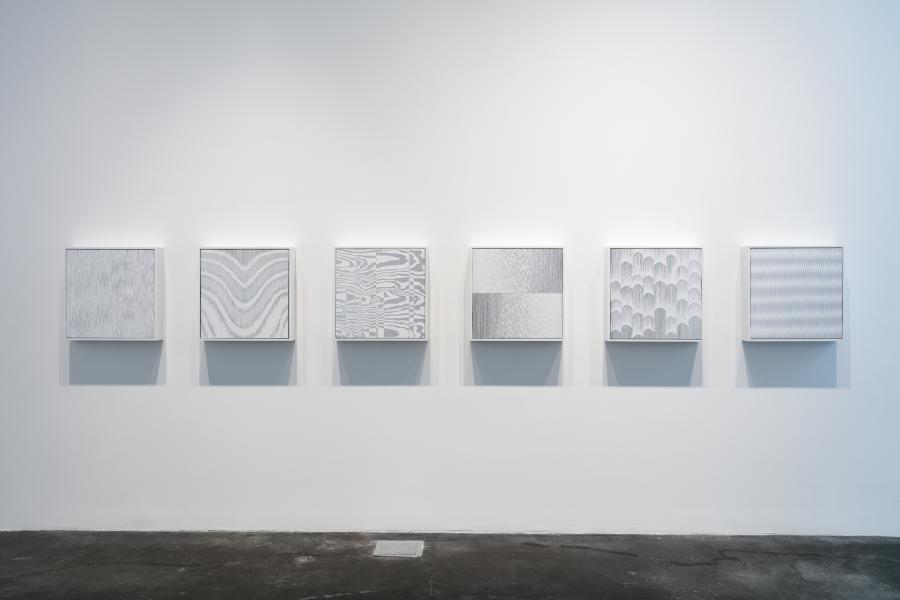 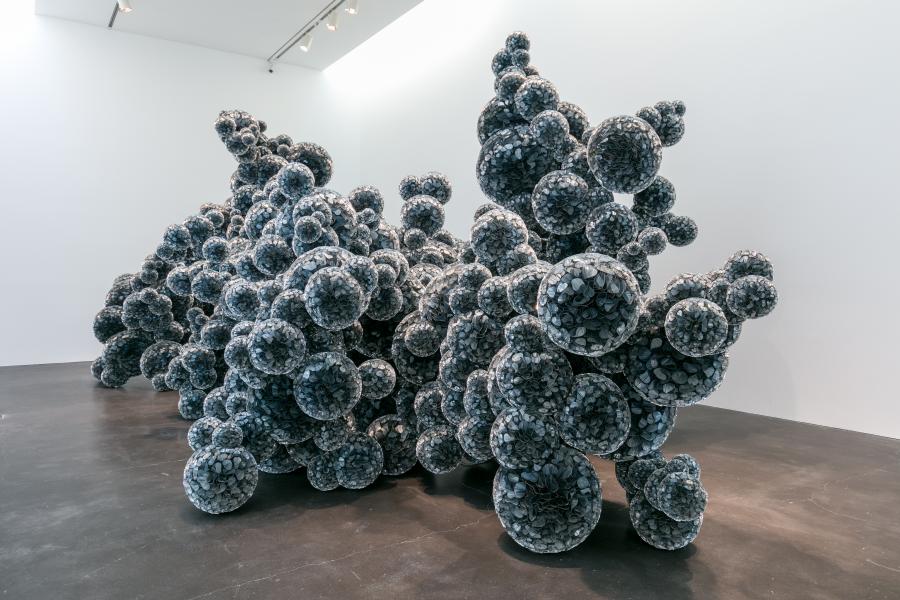 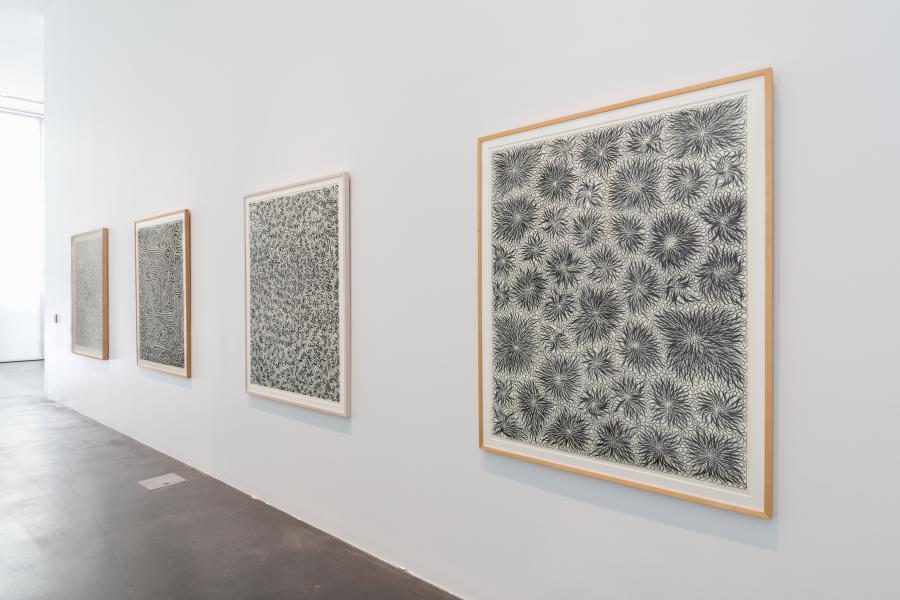 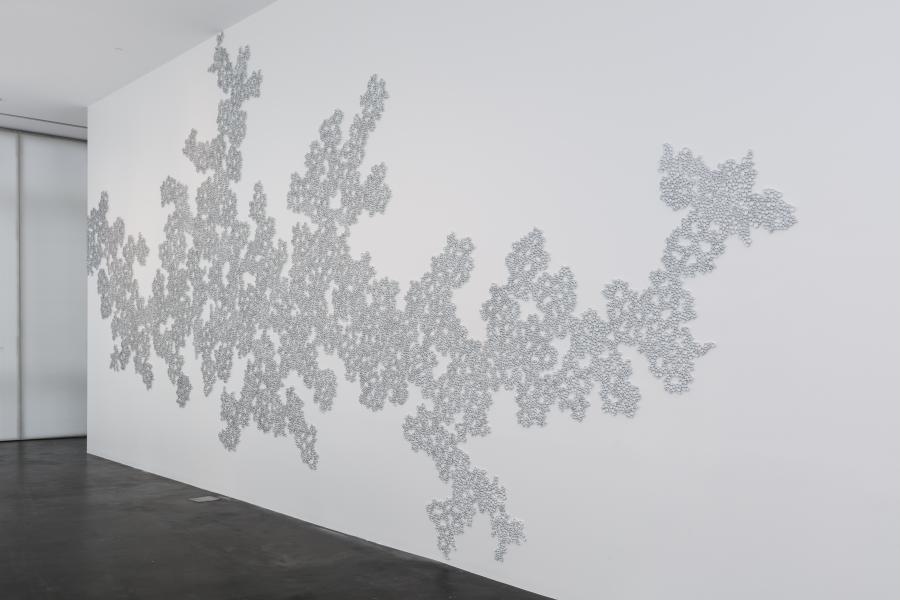 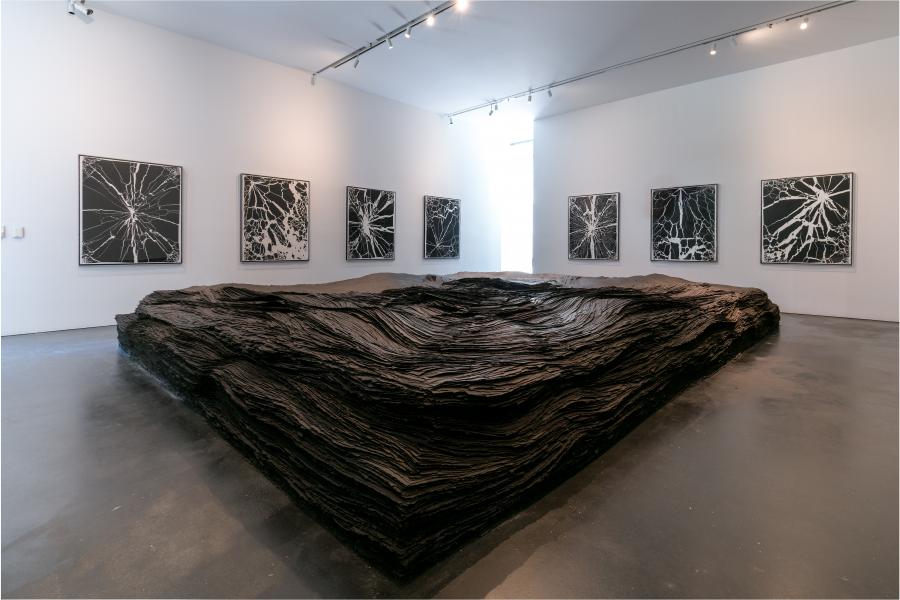 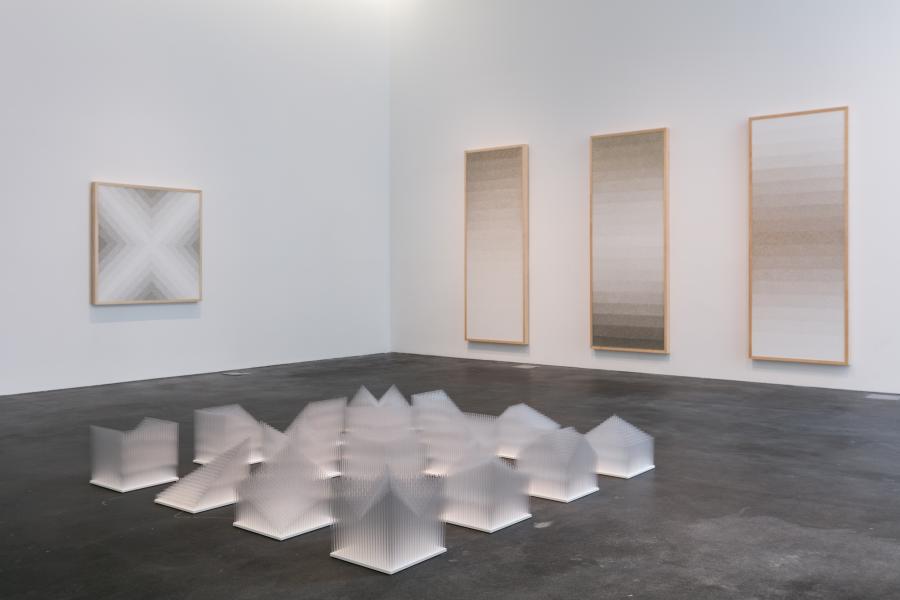 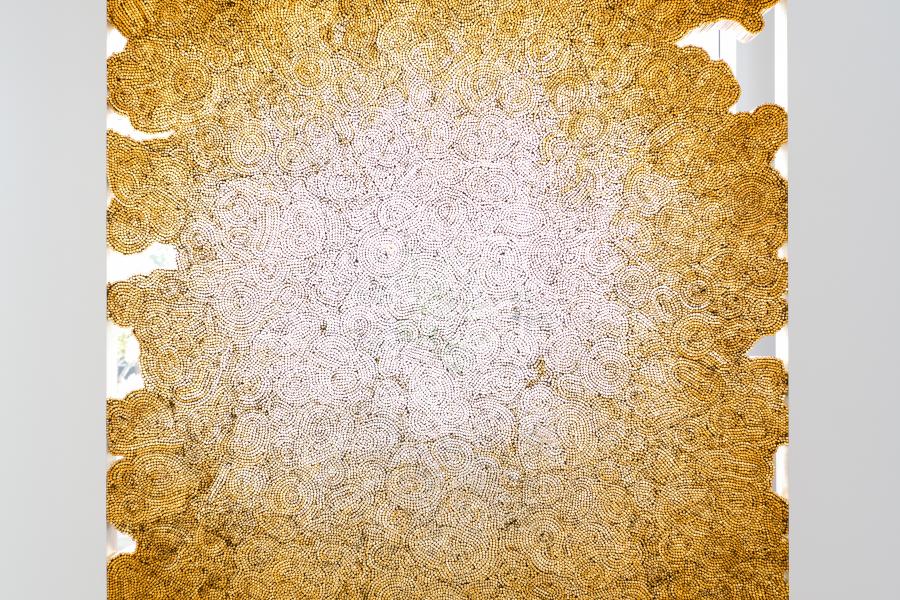 Tara Donovan: Fieldwork celebrated American artist Tara Donovan’s distinct and varied practice, which includes sculpture, drawings, works on paper, and site-responsive installations. Often known for her transformation of neutral or mundane materials into elaborate, mind-bending objects that evoke the natural world or other organic material, Donovan’s work in many ways is about work. She manipulates a material over and over again, to see what it is capable of becoming, where it might lead, and how it will migrate from an object of practical use to something surreal or sublime. In some instances, she reworks a material into both two-dimensional and three-dimensional forms, engaging with space and light in nuanced and unexpected ways.

Occupying MCA Denver’s entire building, this exhibition marked the first time that Donovan’s wall-based and freestanding objects were be installed together, in order to understand fully how the artist re-imagines everyday materials like plastic straws, index cards, rubber bands, Slinkys, and Mylar. A remix of older and recent works opened up new areas of dialogue within her practice and enabled viewers to make connections across time and subject matter. The exhibition was about how, through labor (especially repetitive action), order and structure can give way to the unpredictable, where reason yields to faith, and the mundane cedes to the marvelous—truly employing the creative act to seduce visually and, in doing so, override what we know to be factual.

Tara Donovan was born in 1969 in New York, New York. She received her BFA from the Corcoran School of the Arts & Design, Washington D.C. in 1991, and her MFA from Virginia Commonwealth University in 1999. She has been the subject of solo exhibitions at the Museum of Contemporary Art San Diego; St. Louis Art Museum; Metropolitan Museum of Art, New York; Institute of Contemporary Art Boston; Indianapolis Museum of Art; Milwaukee Art Museum; Museum of Modern Art, Denmark; and Arp Museum Bahnhof Rolandseck, Germany. She received the prestigious MacArthur Foundation Award in 2008 and the first annual Calder Prize in 2005. She lives and works in Brooklyn.

MCA Denver thanks the Director's Vision Society and the citizens of the Scientific and Cultural Facilities District for their support of the exhibition. The museum would also like to thank Pace Gallery for significant support in the realization of this exhibition. 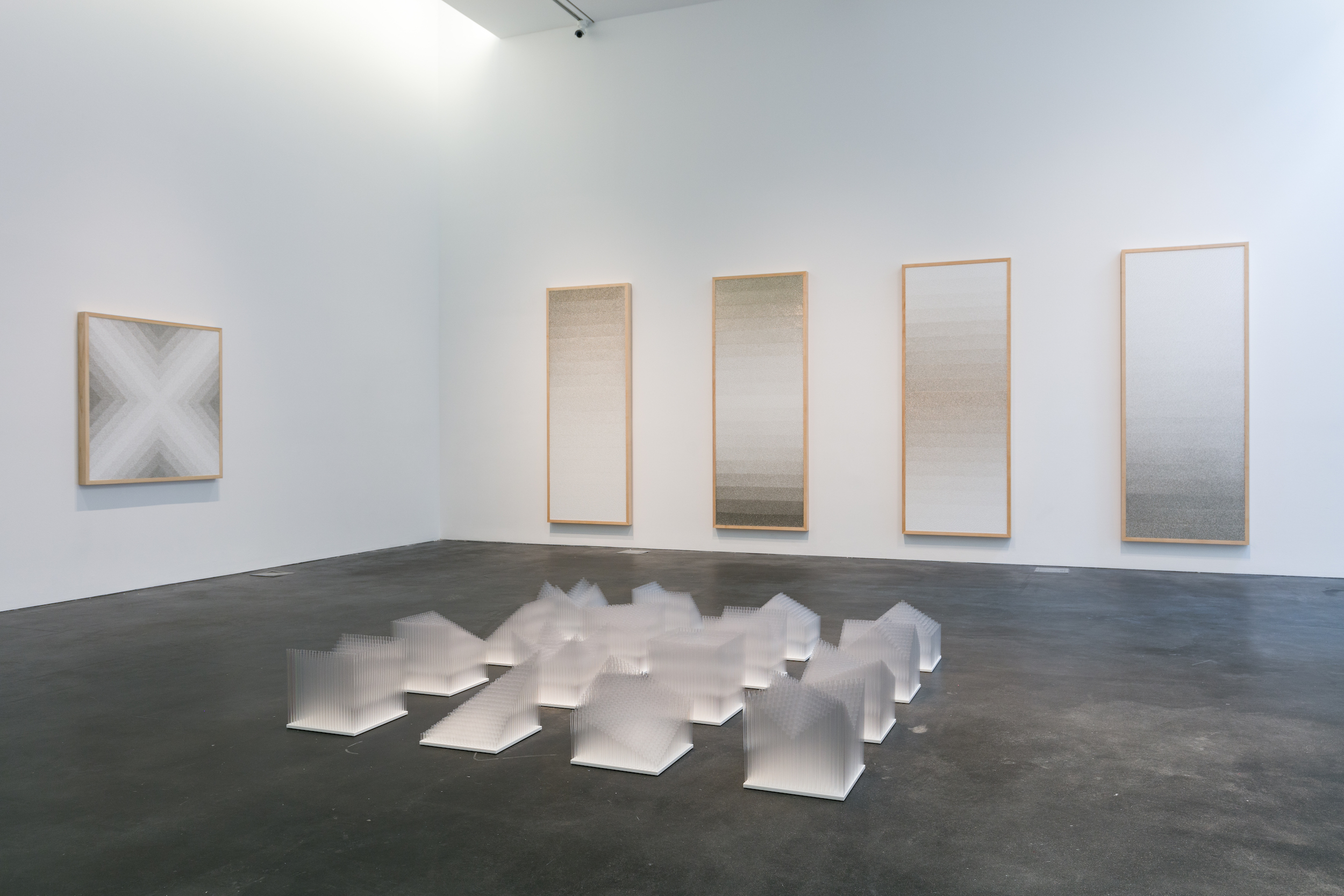 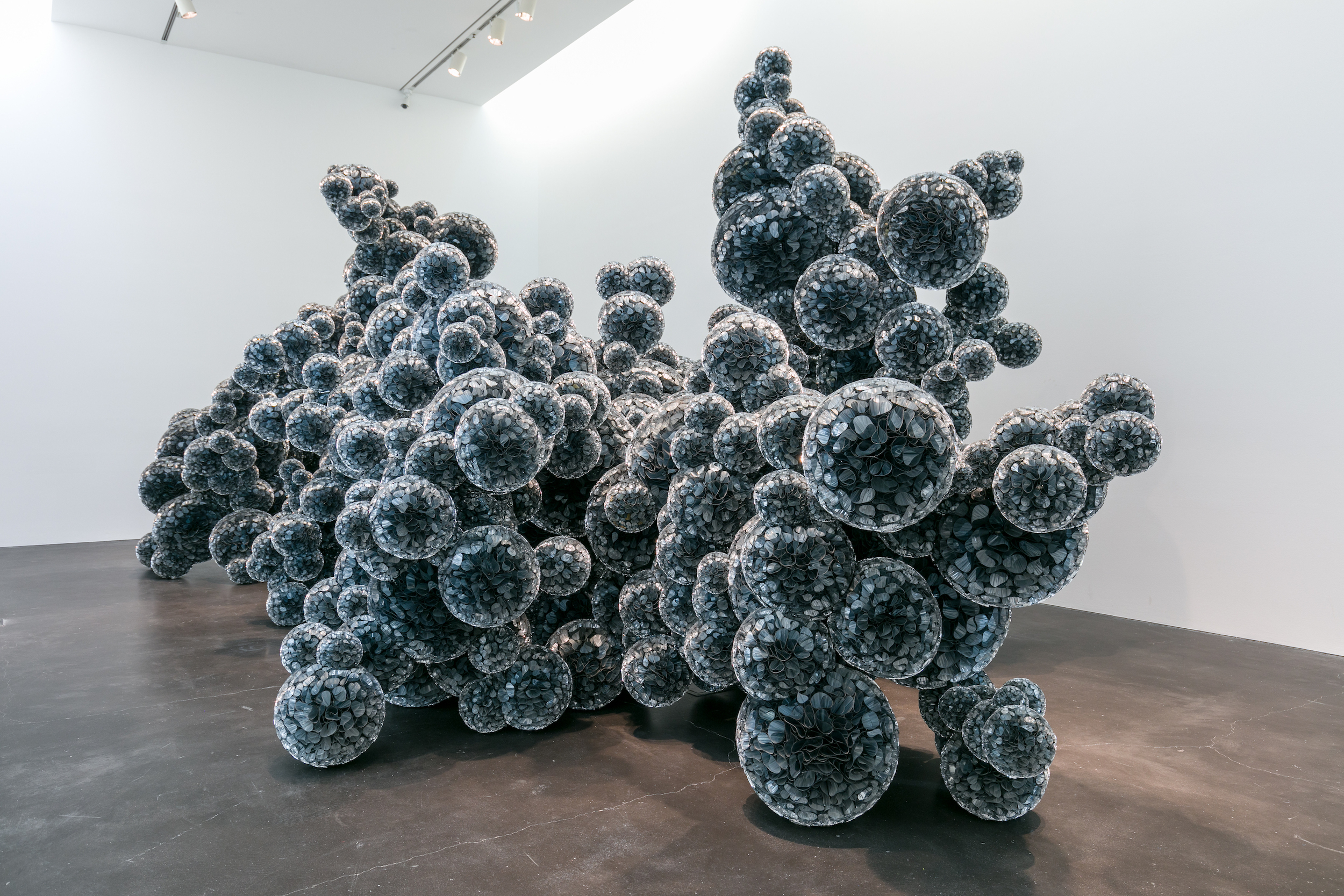 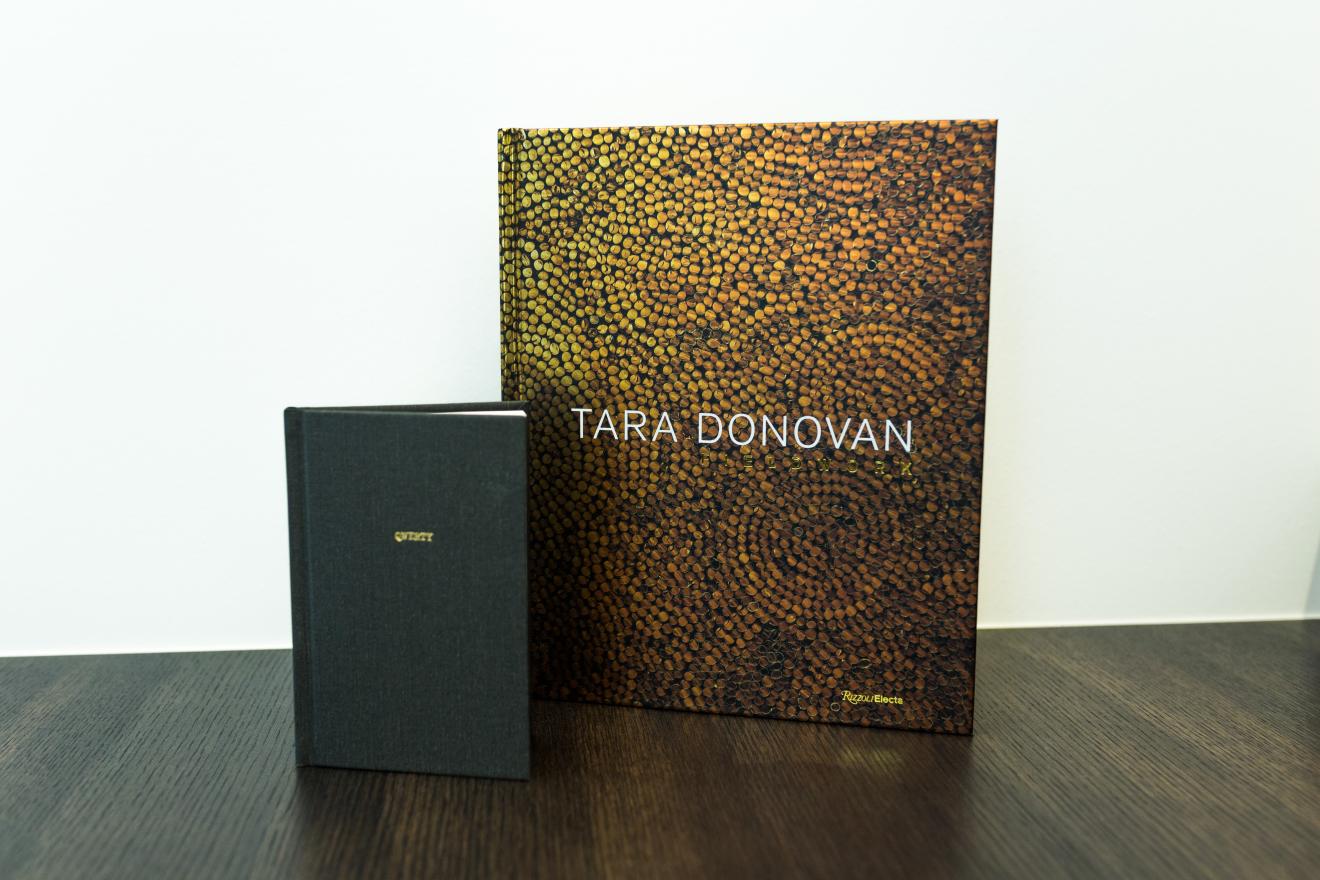 MacArthur "genius" grant recipient Tara Donovan's otherworldly sculptures have transfixed audiences for over a decade. Taking mundane materials and through clever craftsmanship, ingenuity, and repeated manipulation, the artist builds large-scale works made of rubber bands, plastic tubing, and paper plates into objects that evoke the natural world or other organic material. This volume--which accompanied a major exhibition at MCA Denver--features an expansive selection of her most significant works to date, including sculpture, drawings, works on paper, and site-responsive installations. This exhibition was the first time that Donovan's wall-based and freestanding objects were installed together, in order to understand fully how the artist conceptualizes her complex work.

Curator Nora Burnett Abrams, along with two other leading scholars of contemporary art Jenni Sorkin and Guiliana Bruno, consider critical issues around her work: ideas related to labor, scale, process and formalism, among other key themes. Tara Donovan: Fieldwork looks at several major bodies of work realized in different formats and different settings, affording the reader a glimpse into the important themes and visual languages the artist continuously explores.

New York Times: Tara Donovan Fieldwork
5280: "Fieldwork" by Artist Tara Donovan Opens at MCA Denver
Galerie: Tara Donovan’s Retrospective Takes Over Museum of Contemporary Art Den…
Black lives matter. We hear you and we see you and we stand with you. Read our full statement
Interested in winning free art for a year? Check out the Octopus Initiative