Tania Candiani:
For the Animals

Tania Candiani: For the Animals explores the interrelationships between human, animal, and non-biological sounds, and the rich and fragile nature of the acoustic fabric around us. This solo exhibition at MCA Denver presents artist Tania Candiani's mesmerizing three-channel video For the Animals, 2020, as well as sculpture, prints, and video related to this project.

(Click here to listen to Candiani speak about how she created a lullaby for animals).

For the Animals considers the evolution of sound tracing back to the origins of our planet: the geophony created by non-biological phenomena such as wind, rain, and geological formations. Using historical documentation, scientific and documentary footage, and night-vision cameras, among other materials, Candiani delves into how animals, humans, and the environment intersect to create an acoustic ecology or a "tapestry of sounds" around us.  Researching and considering the way animals hear beyond the spectrum of human perception, Candiani collaborated with electronic musicians to create experimental musical scores intended as lullabies for the bobcat, Mexican grey wolf, coyote, red fox, javelina, jaguar, kit fox and coati at frequencies audible to each animal. The lullabies were played at the Southwest Wildlife Center in Scottsdale, Arizona, and in the wild at Buenos Aires National Wildlife Refuge and Picacho Peak State Park in Arizona.

This video is the culmination of five years of research that began in 2015 at the invitation of Arizona State University Art Museum curator Julio César Morales. During a hike with Morales, Candiani discovered the Hole in the Rock, a natural rock formation in Papago Park. Believing Hole in the Rock looked like a speaker, Candiani decided to use this geological structure to communicate with the indigenous animals of the desert. In For the Animals, the voice of music scholar Josh Kun narrates a text inspired by the writings of acoustic ecologists and authors R. Murray Schafer Bernie Krause, Brandon LaBelle, and others.

The animals selected for Candiani's lullabies are indigenous to the Sonoran Desert region, which covers 100,000 square miles spanning California, Arizona and the Mexican states of Sonora and Baja California, Mexico. By drawing attention to the shared experiences between humans and animals, and by focusing on animals whose territory straddles the border between the United States and Mexico, Candiani's work encourages us to consider the effects of borders and the migration crises they create for many species, including our own.

Also included in Candiani's solo exhibition are several related artworks including the video For the Animals / Concert One, Hole in the Rock Papago Park, Phoenix AZ, 2020 and the sculpture Percutor (Slapper), March 2020. The video Concert One presents Candiani's performance of a concert for the animals, which entailed her going to the Hole in the Rock with a portable weather station. She measured the temperature, wind speed, humidity and atmospheric pressure of the geological formation and then converted the data (zeros and ones) into musical tones. Candiani partnered with Baltu Studios, a Phoenix-based virtual reality and immersive technology company and Leslie Garcia, a Mexico City-based electronic musician in creating an 8-minute electronic composition. The artist later returned to Hole in the Rock with the musical composition and performed this live for the animals. During her performance, Candiani used bespoke technology (a machine called the Percutor), allowing her to use the rocks as input sources that created a pulsating tapping on the rock’s surface. The tapping from the different inputs created rhythms that the artist used to remix her musical composition.

MCA Denver thanks the citizens of the Scientific and Cultural Facilities District for their support of this exhibition.

Watch this video to learn more about Tania Candiani's process of gathering scientific data about the geological formation called the Hole in the Rock, and how this informed her artwork For the Animals

hear artist Tania Candiani explain how and why she created a lullaby for animals in the Sonoran Desert:

Hi, my name is Tania Candiani, and I'm here to tell you more about my exhibition For The Animals.

My first visit to Arizona, I discovered this beautiful rock formation, which is called Hole in the Rock. And down the mountain, there's the zoo. And the closest part of the zoo is where the animals from the Arizona desert live. So that specific species of animals had been interrupted in their way of living. So I wanted to create a way of communicating with them using the rock, using the minerals, and using the information that lies in the Earth itself to create sound.

I didn't know how I wanted to create a lullaby for an animal. My first intention was to find a channel of communication with other species. And I believe sound, it's a perfect way of attuning with others, because sound or vibrations are physical, are everywhere. So we started a process of researching tunes and the frequencies that the specific species enjoy, which frequencies are more pleasant, and which ones aren't.

It was quite difficult to find a way to create a composition, and in many cases, we couldn't hear it because the specific frequencies those animals hear are not audible for us. But at the end, we created these lullabies that were intended to connect with the other, like an acoustical emotion is what I was looking for.

It is important to find non-anthropocentric ways of connecting with other species, but there is a beautiful concept, which is the umwelt, feeling like the other one. If you can feel like the other one, you can connect through those emotions. I wanted to care for the other, because I'm curious about it. I'm curious about how the others feel, and how the other species know how to live in this world and respect it. So it's just a way of trying to understand and be a better human. 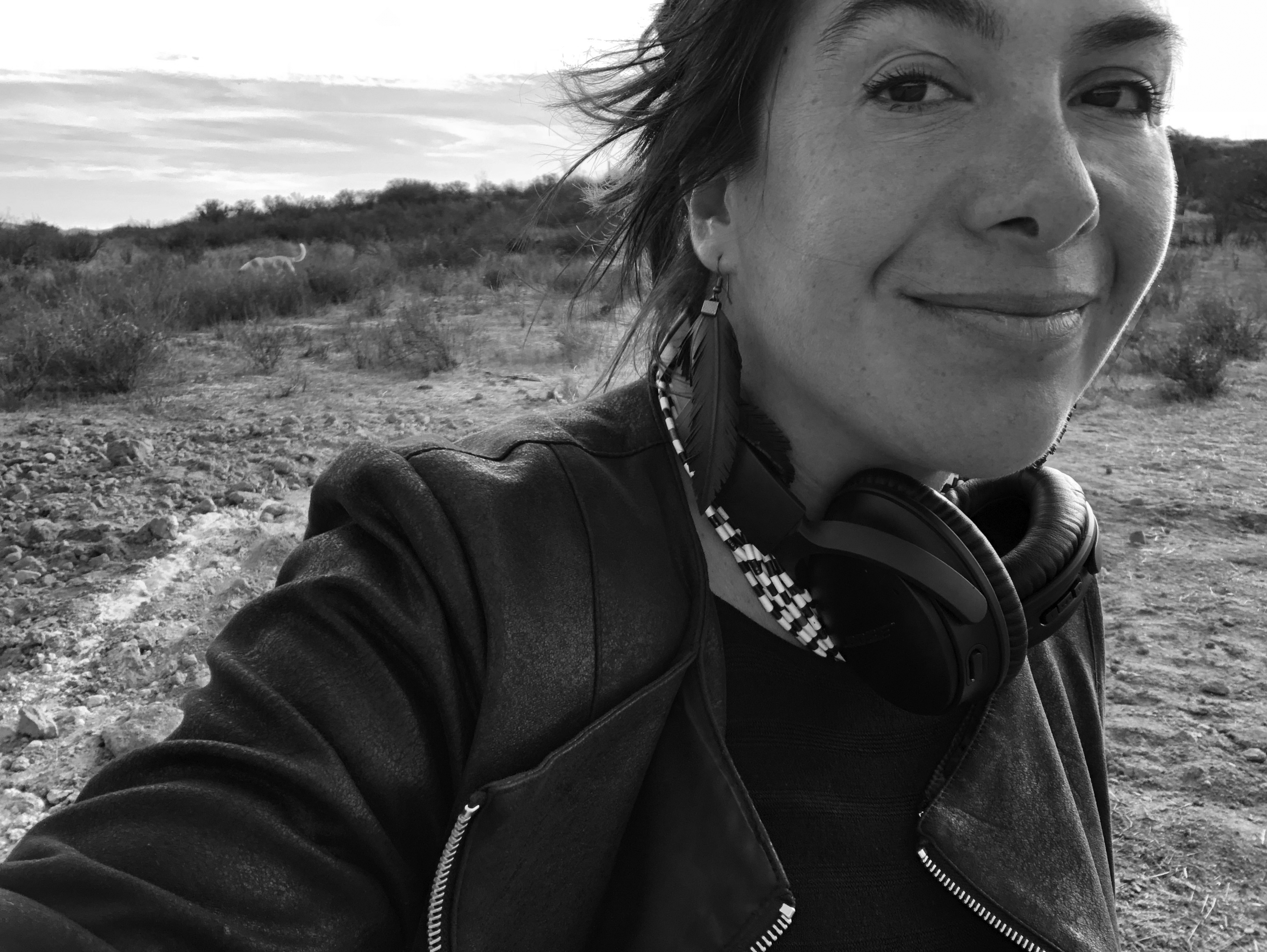 Tania Candiani (born 1974 in Mexico City) works across various media and practices to explore the complex intersection between phonetic, graphic, linguistic, symbolic, and technological languages. She has created interdisciplinary working groups in various fields, consolidating intersections between art, design, literature, music, architecture, and science, with an emphasis on early technologies such as machines and their history in the production of knowledge. Her projects are related to crafts, labor, tradition, sound, synesthesia, rhythm, and translation. Her practice often focuses on site specific projects and the historical and social connections related to these sites.

Candiani has been a fellow of the National System of Art Creators of Mexico since 2012. In 2011 she received the Guggenheim Grant for the Arts and in 2018 she was awarded the Research Grant for Artists by the Smithsonian Institution. In 2015 she represented Mexico at the 56th Venice Biennale. Her work has been exhibited in museums, institutions, and independent spaces around the world including and is part of numerous public and private collections. Among her books are Five variations of phonic circumstances and a pause (2014); Inhabits Intervened (2015); Possessing Nature. Pavilion of Mexico. Venice Biennale (2015) and the upcoming publication of a book for her individual exhibition at MUAC (The Museo Universitario Arte Contemporáneo), in Mexico.