Diego Rodriguez-Warner: Honestly Lying focused on the Colorado-based artist’s production of work between 2013-2018, showcasing the evolution of his singular style. Trained as a printmaker in Havana and at the Rhode Island School of Design, Rodriguez-Warner developed a manner of painting that is informed by woodblock printing and characterized by trompe l’oeil, collage, and art historical references. He enhances the trompe l’oeil by carving into and staining the plywood panels on which he works. This sensation—that of the possibility of depth—is amplified by the layering of forms, figures, and patterns that twist around, melt into and overlap one another. Some of these fragments, those cribbed from works by ukiyo-e master Yoshitoshi, Henri Matisse, and George Grosz, among others, appear familiar, while others elude identification, even as simple shapes.

The exhibition aimed to help viewers disentangle these complex images and understand the illusionistic devices Rodriguez-Warner employs in composing them. To this end, smaller works on paper or plywood, as well as maquettes, accompanied the larger paintings. In these studies, viewers can identify discrete forms that appear repeatedly throughout the exhibition.

Diego Rodriguez-Warner was born in 1986 in Managua, Nicaragua. This was the artist's first solo museum exhibition. He holds fine arts degrees from Hampshire College, Massachusetts and the Rhode Island School of Design, and he has studied under the Cuban Minister of Fine Arts in Havana. At RISD, he was a recipient of the Toby Devan Lewis Fellowship. His work has been exhibitied throughout the US, Cuba, and Germany. He lives and works in Denver. 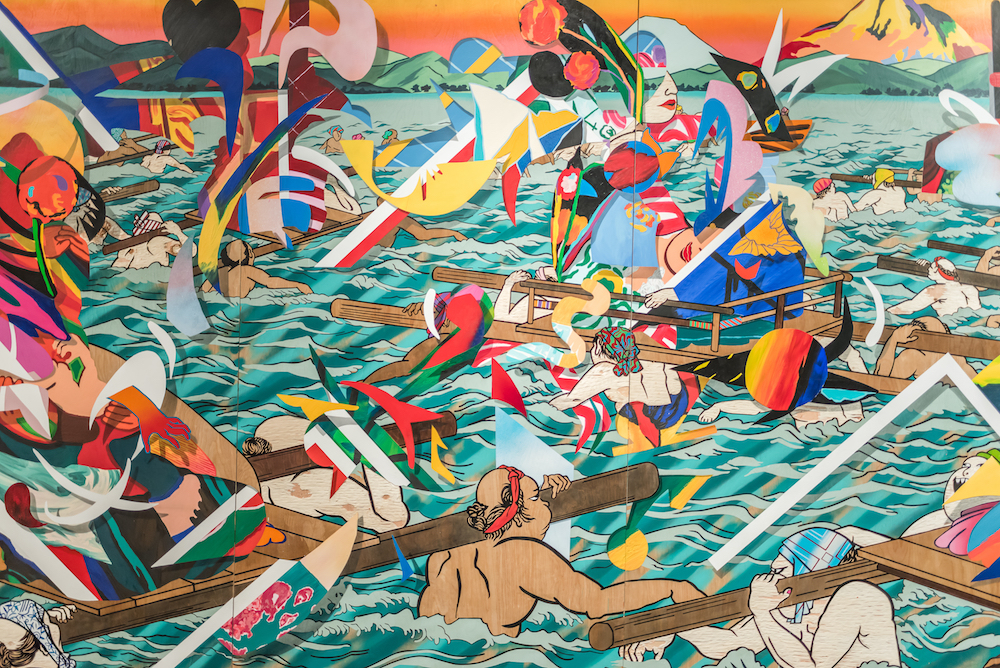 Link
Read the Blog
Black lives matter. We hear you and we see you and we stand with you. Read our full statement
WE'RE TURNING 25 THIS YEAR Check Out Our Plans