Derrick Adams: Transmission presented a collection of sculptures, installations, and works on paper that illustrates Adams’ ongoing study of racial identity, as it is both filtered through popular culture and reimagined for the future. Each body of work featured in this exhibition highlighted a particular strain of Adams’ sharp yet unexpectedly playful representations of figures both real and imagined, from the past and the future.

Included in Transmission was a series of Boxhead sculptures depicting androgynous figures as viewed through an analog TV set. Held within tight frames, the figures seem to burst forth from their boxes. Adams presents these faces as though from multiple viewpoints, toying with their flatness and suggesting that such portrayals on television might do better by endowing their characters with more dimensionality. On, and interactive sculpture invited viewers to perform their own infomercials, using generic objects as stand-ins for consumer products similarly pitched to a captive audience via television and the internet. MCA Denver live-streamed these infomercials as a way to further engage visitors and connect with a broader community. Future People rounded out the selection of installations, presenting a video projection that transports viewers who sit in specially designed chairs on a platform into an imagined future. Passing through constellations of objects in a sci-fi setting, the viewer journeys to a particular future—one that is inspired by far-ranging sources related to Afrofuturism.

Adams offers a future that fuses sci-fi elements with historically significant objects from his close study of the archives at Chicago’s Stony Island Arts Bank. These archives preserve the Johnson Publishing Archive, and the Edward Williams’ collection of negrobilia (mass cultural objects depicting stereotypical images of black people), as well as Frankie Knuckles’ record collection. Adams’ approach to artmaking is at once generous and inviting, and though it is often inspired by real-world objects, he takes a much more handmade approach to his artmaking. As he notes, “I like materials with a physical appearance. Imagination is in everyone, and if you can envision things and not worry about high production, you can do more and affect people in a way that’s equally relevant and impactful.”

Derrick Adams was born in 1970 in Baltimore, Maryland. Adams received his MFA from Columbia University, BFA from Pratt Institute and is a Skowhegan and Marie Walsh Sharpe alum. He was the recipient of a Louis Comfort Tiffany Award in 2009 and S.J. Weiler Award in 2014. His work has been exhibited at MoMA PS1, New York; Brooklyn Museum of Art; Studio Museum in Harlem; and Brooklyn Academy of Music. He lives and works in Brooklyn.

Derrick Adams: Transmission was generously supported by Jim and Julie Taylor. MCA Denver also thanks the citizens of the Scientific and Cultural Facilities District. 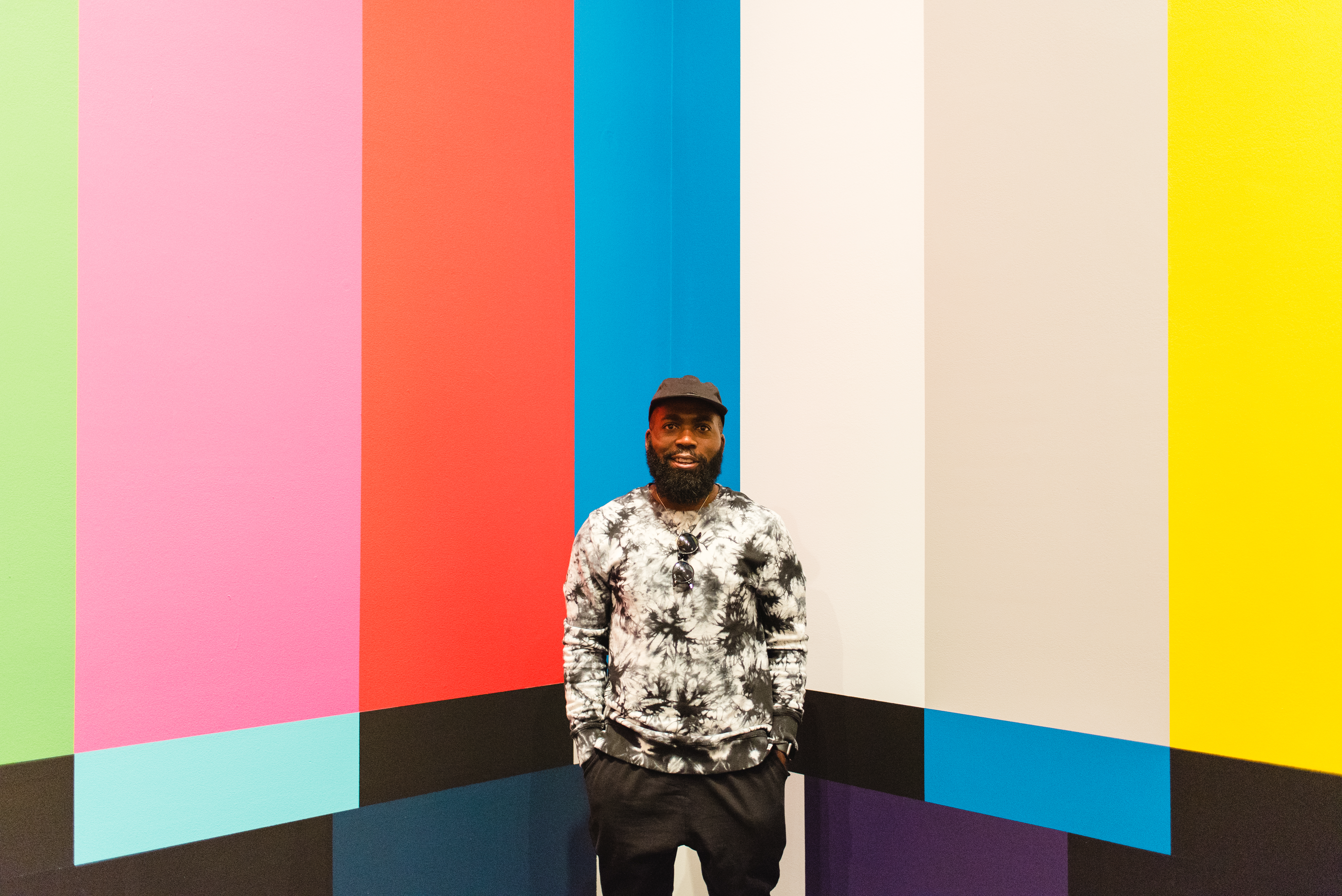 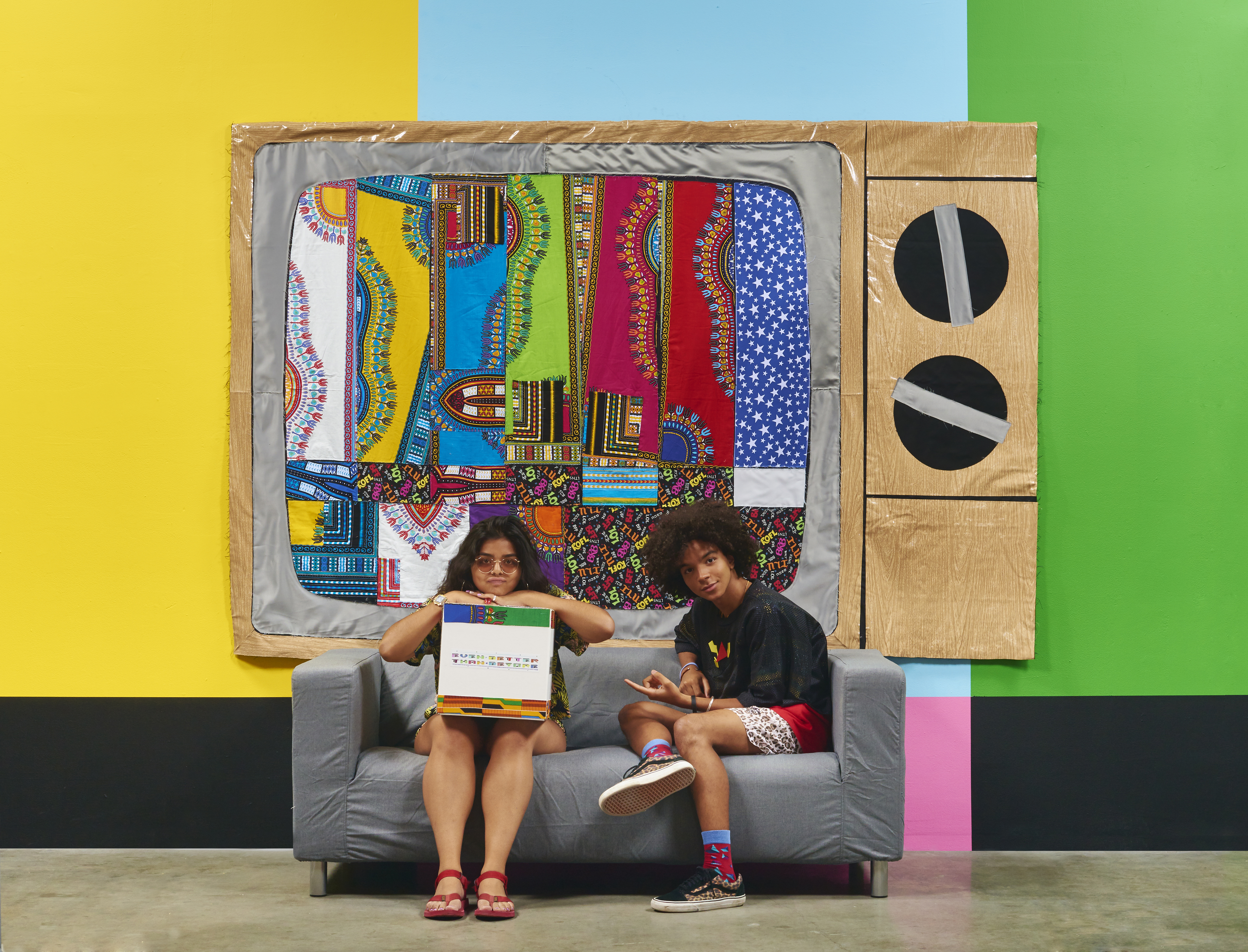 Every Wednesday Join Us For

Link
Lights, Camera, Action
Black lives matter. We hear you and we see you and we stand with you. Read our full statement
Interested in winning free art for a year? Check out the Octopus Initiative