Photo by From the Hip

Cleon Peterson: Shadow of Men gave visual expression to the artist’s own troubled past through murals, paintings, and sculptures. Much of the work was borne from Peterson wrestling with such personal struggles as his dysfunctional family, a history of addiction, and his multiple experiences in the penal system. In his work, stark black and white figures appear entangled and attenuated, with their bodies caught in moments of rage, violence, and mercy. The contrast of light and shadow, however, suggests a metaphor of two sides within each person: the shadow that perpetuates violence can be seen as an expression of one’s darkest, most repressed behaviors. As difficult as it might be, this visual representation of violence calls out a disturbing though fundamental element of society, something the critic Walter Benjamin noted when he wrote, “Every document of civilization is at the same time a record of barbarism.” The exhibition squarely addressed the nature of violence at a time when this subject seemed increasingly uncomfortable, yet urgent.

Cleon Peterson was born in 1973 in Seattle, Washington. He earned a BFA from the Art Center College of Design, Pasadena, California and an MFA from the Cranbrook Academy of Art, Bloomfield Hills, Michigan. His work has been shown at institutions in Chicago, Detroit, Los Angeles, and New York, as well as in Australia, Hong Kong, London, Paris, and Singapore. He lives and works in Los Angeles.

MCA Denver thanks the Citizens of the Scientific and Cultural Facilities District. 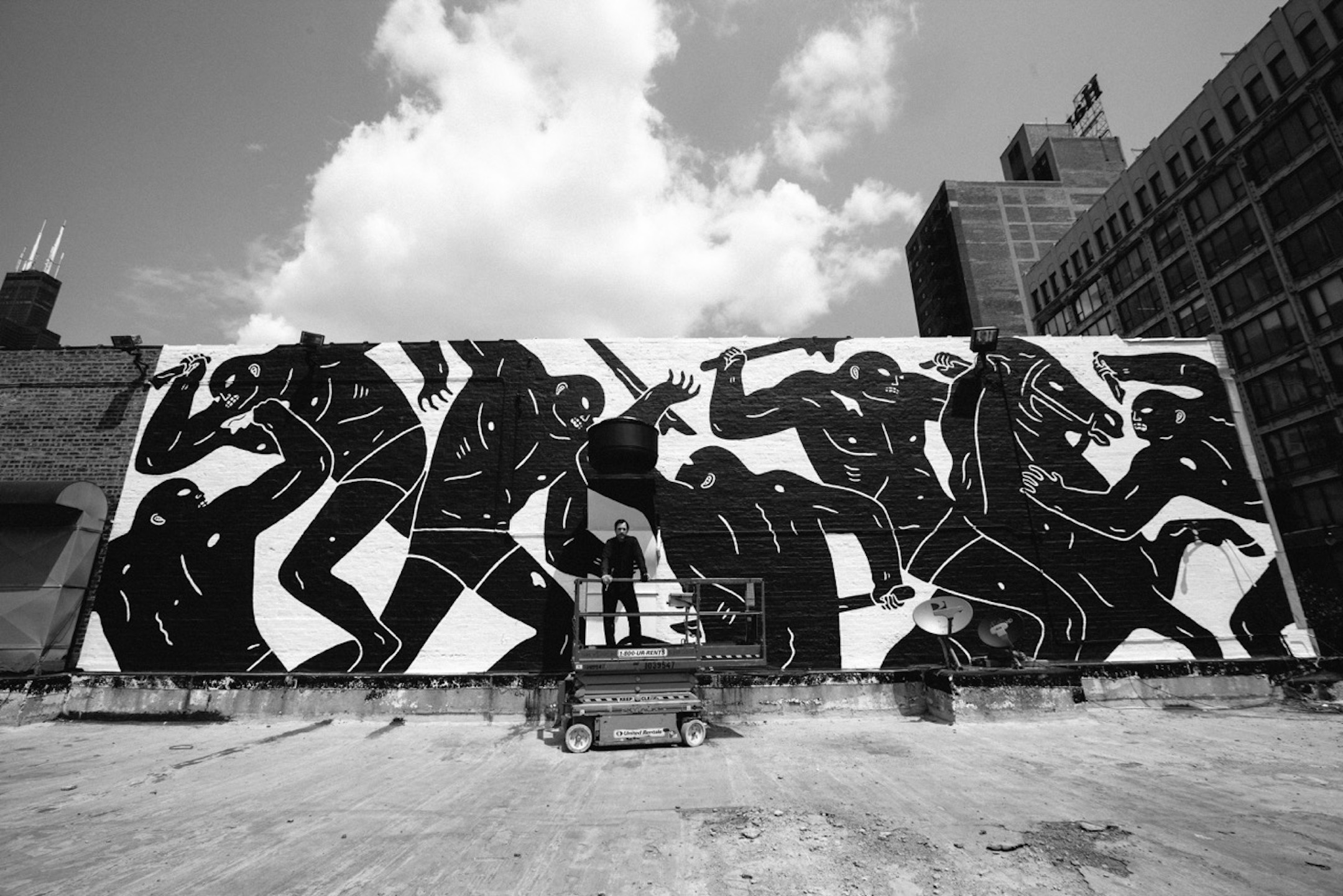 Link
Learn More
Black lives matter. We hear you and we see you and we stand with you. Read our full statement
Interested in winning free art for a year? Check out the Octopus Initiative