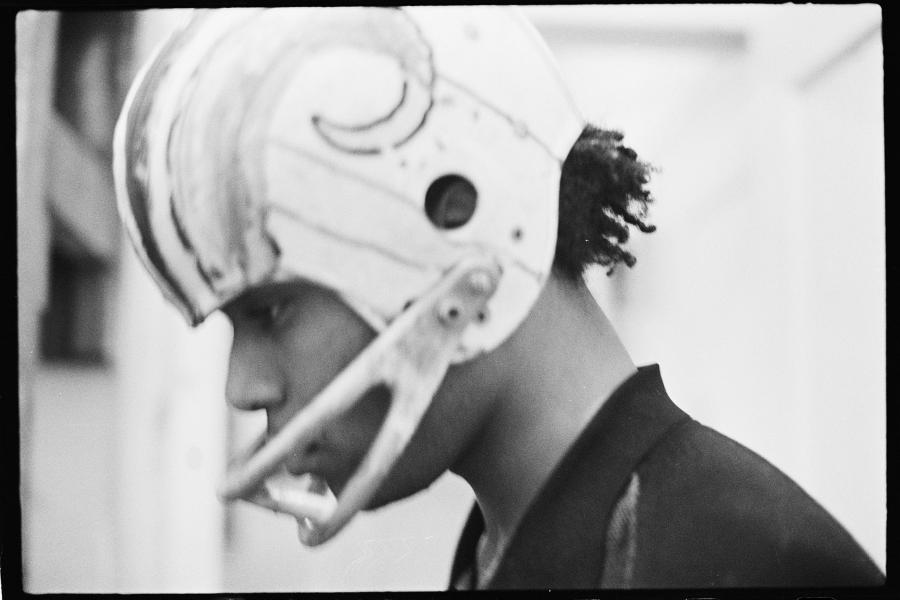 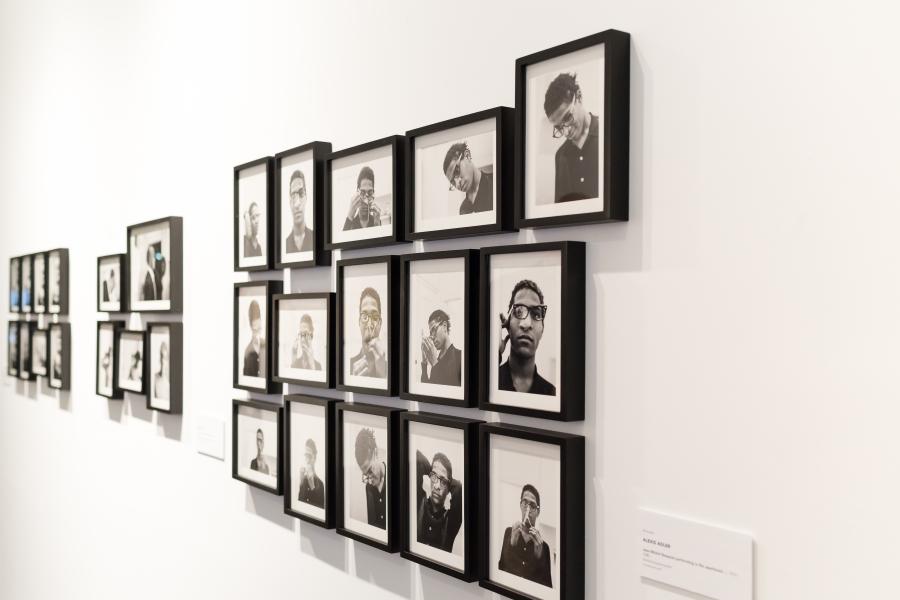 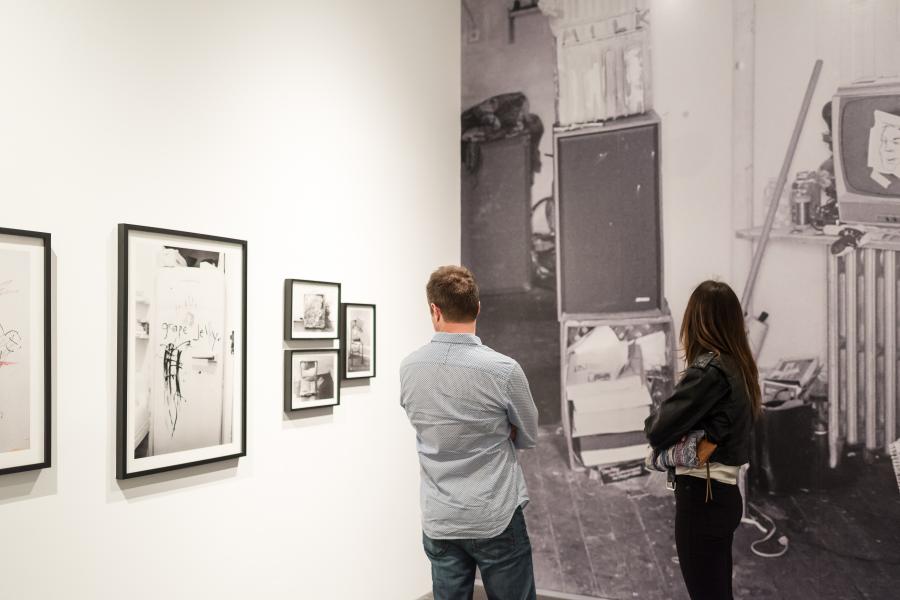 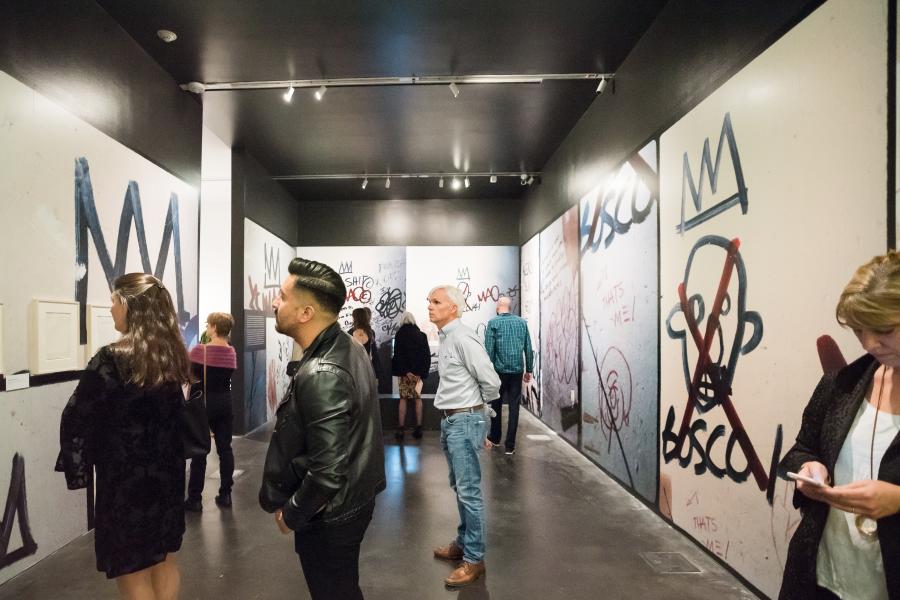 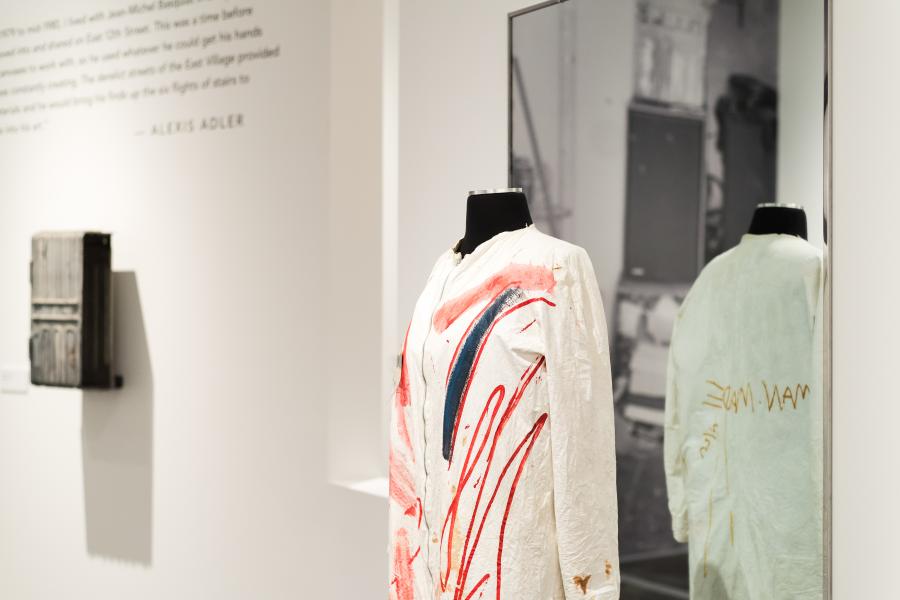 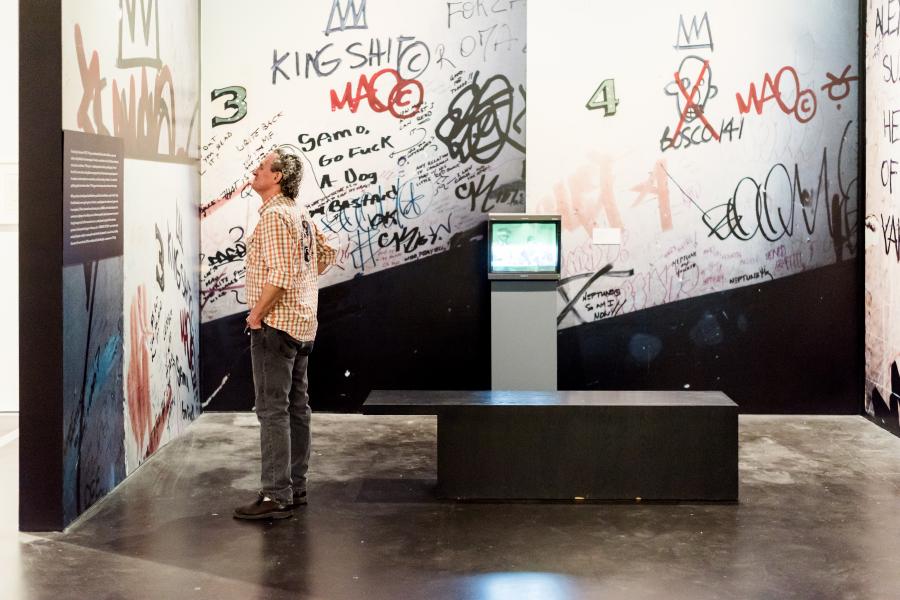 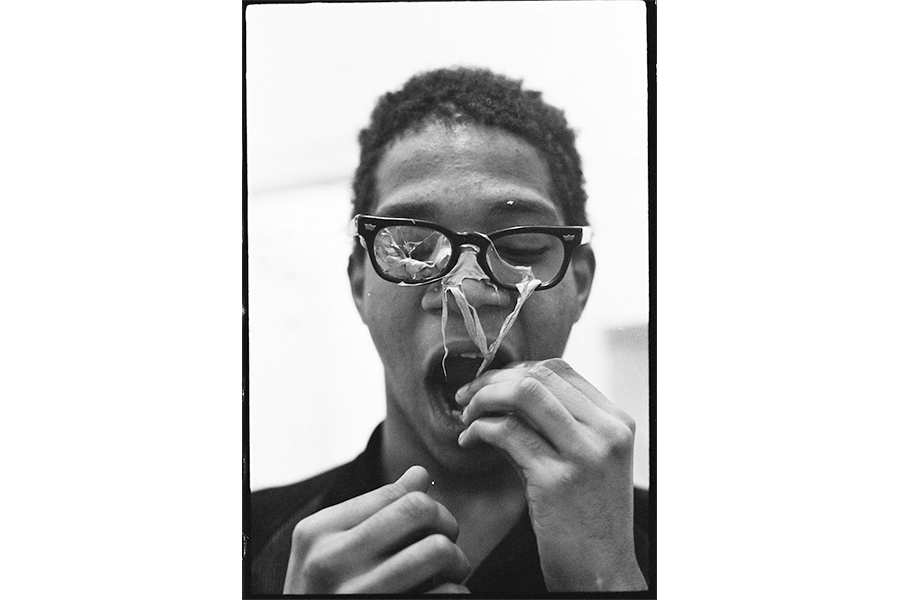 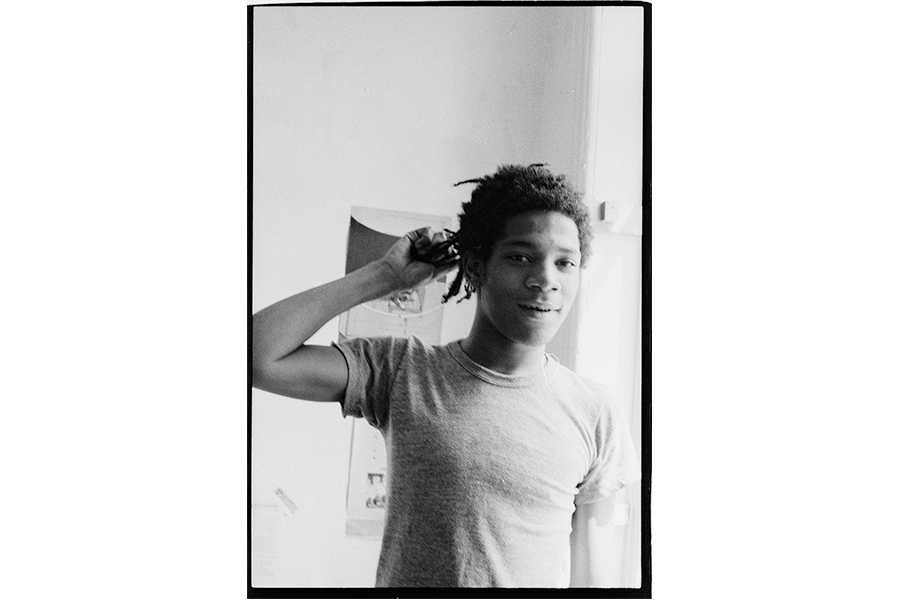 Basquiat Before Basquiat: East 12th Street, 1979–1980 included the entire cache of works made by Jean-Michel Basquiat (1960-1988) during the year he lived with his friend Alexis Adler in a small apartment in the East Village, New York. This archival material provided a rare insight into the artistic life of Basquiat before he was recognized as a prominent painter in the early 1980s. While living in this apartment, Basquiat’s creative impulses moved fluidly from his SAMO tags on the surrounding streets and neighborhood into a more sustained practice in their shared home. Through paintings, sculpture, works on paper, a notebook, and other ephemera, as well as Adler’s numerous photographs from this period, this exhibition explored how the context of life in New York informed and formed Basquiat’s artistic practice.

As Adler notes, “From mid-1979 to mid-1980, I lived with Jean in three different apartments, but for most of that time in an apartment that we moved into and shared on East 12th St. This was a time before Jean had canvases to work with, so he used whatever he could get his hands on, as he was constantly creating. The derelict streets of the East Village provided his raw materials and he would bring his finds up the six flights of stairs to incorporate into his art. Jean was able to make money for paint and his share of the rent, which was $80 a month, by selling sweatshirts on the street. He knew that he was a great artist."

Spanning four galleries on the first floor of MCA Denver, the exhibition and book presented New York City in the late 1970s and early 1980s through the prism of Jean-Michel Basquiat’s art and provided a window into the art-rich time that he emerged from as well as impacted so profoundly. It sharpened and deepened our understanding of this artist at a vital yet mostly unknown, or at least under-discussed, moment of his career. Ultimately, this exhibition attested to Basquiat’s virtuosity in formation—the creative impulses that yielded a distinctive voice, but also the many diversions or paths he explored as he was developing a signature style.

Basquiat Before Basquiat: East 12th Street, 1979–1980 was supported by presenting sponsors Henry and Lorie Gordon and a generous gift from Daniel Benel and Lena Fishman. MCA Denver exhibitions are also sponsored in part by the Director's Vision Society. MCA Denver also thanks the citizens of the Scientific and Cultural Facilities District. 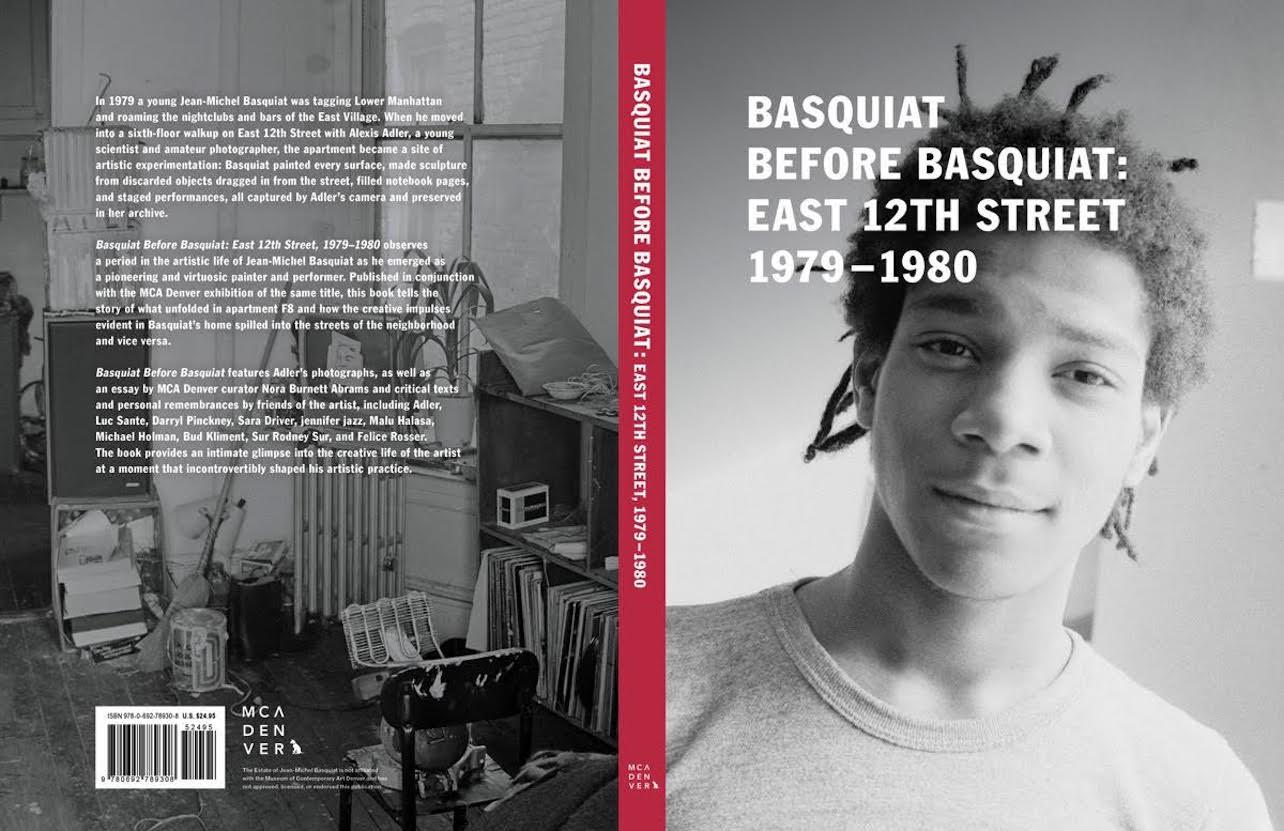 The accompanying publication includes essays that delve more deeply into particular aspects of this period. The writer and archivist Sur Rodney Sur explores the use of words and text in Basquiat’s work, looking specifically at the objects in Adler’s archive. Malu Halasa, a noted writer who also lived in downtown New York at this time, discusses the importance of Adler’s photographs as historical documentation of Basquiat’s early art and processes. Nora Burnett Abrams, curator at MCA Denver, places these works in the art historical context of Basquiat’s oeuvre and also the art of the downtown scene. Dense with images and bolstered by critical texts, the publication presents the nuanced dynamic between Basquiat and his immediate context. Additional contributors include writers Luc Sante and Darryl Pinckney, musicians Michael Holman, Felice Rosser, and Jennifer Jazz, historian Bud Kliment, and filmmaker Sara Driver.