Andrew Jensdotter: FLAK presented a selection of paintings and three-dimensional work by the Colorado-based artist. Trained as a painter, Jensdotter has honed a process that synthesizes abstraction and figuration. Over a period of months, he paints layers of representational imagery, successively obscuring each layer, then meticulously cuts into the built-up surface to create a variegated abstract field. The process defines these “carved paintings.”

In making work for FLAK, Jensdotter explored the significance of that process as the link between the content and contents of his paintings and the final form. To that end, he made three new carved paintings, each with a more pointedly political subject than those depicted in earlier works. The artist also adapted his accumulative process to new materials. These media are mass-made and machine-made like the commercial house paint with which he makes the carved paintings. The result was a new body of work that revealed Jensdotter’s concerns with the tensions between figuration and abstraction, exterior appearance and interior reality, and manual labor and post-industrial economics. As expressed in the new works, these artistic preoccupations reflect political anxieties to which the works’ subjects allude.

Andrew Jensdotter was born in 1976 in Logan, Utah. This was the artist's first solo museum exhibition. He received his MFA at the University of Colorado, Boulder, and lives and works in Denver and Edwards, Colorado. 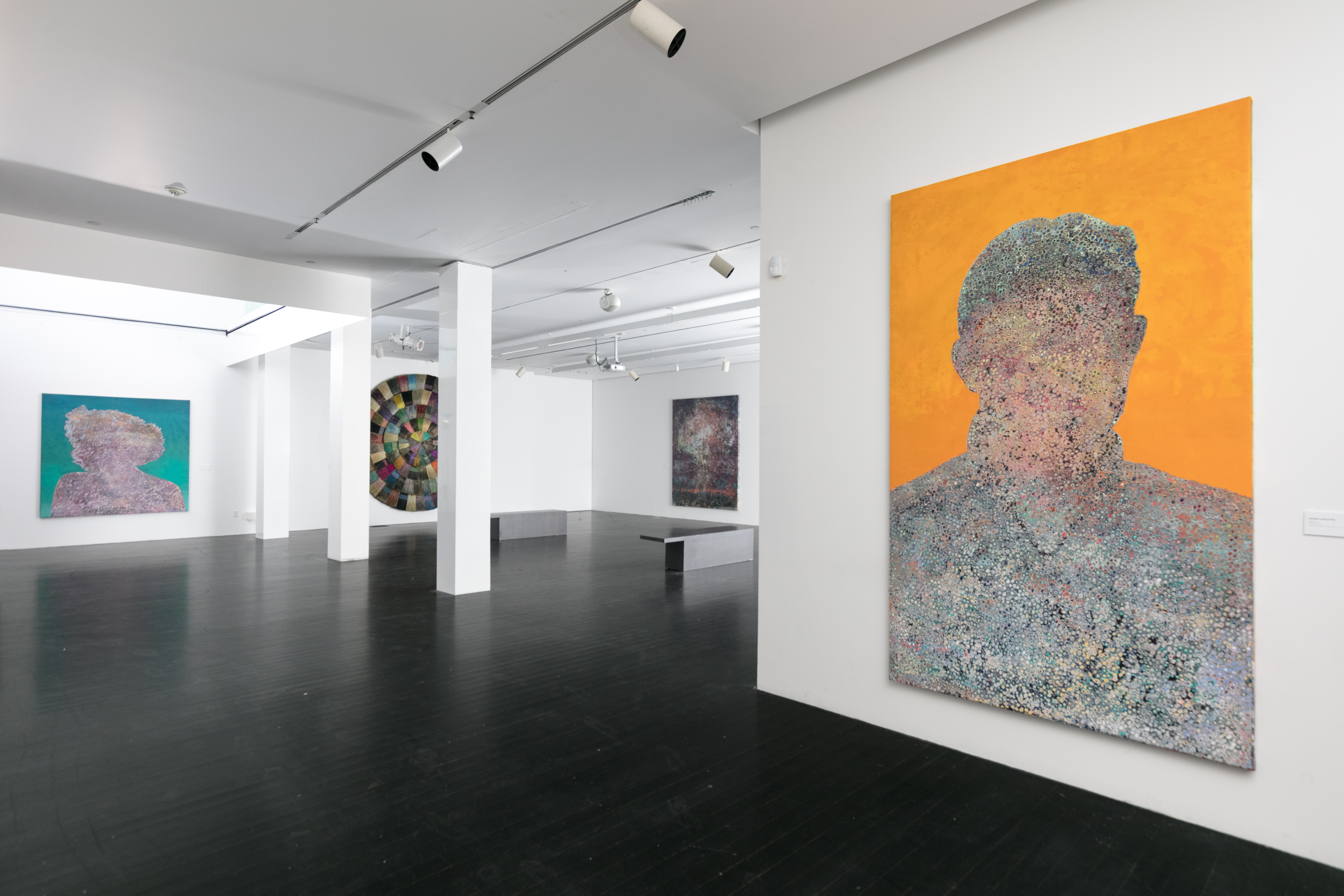 Denverite: Local creative Q&A: Andrew Jensdotter on the process of painting and…
303Magazine: Tattoos, Georgia O’Keeffe and Carves Paintings Take Over the MCA w…
Black lives matter. We hear you and we see you and we stand with you. Read our full statement
Interested in winning free art for a year? Check out the Octopus Initiative